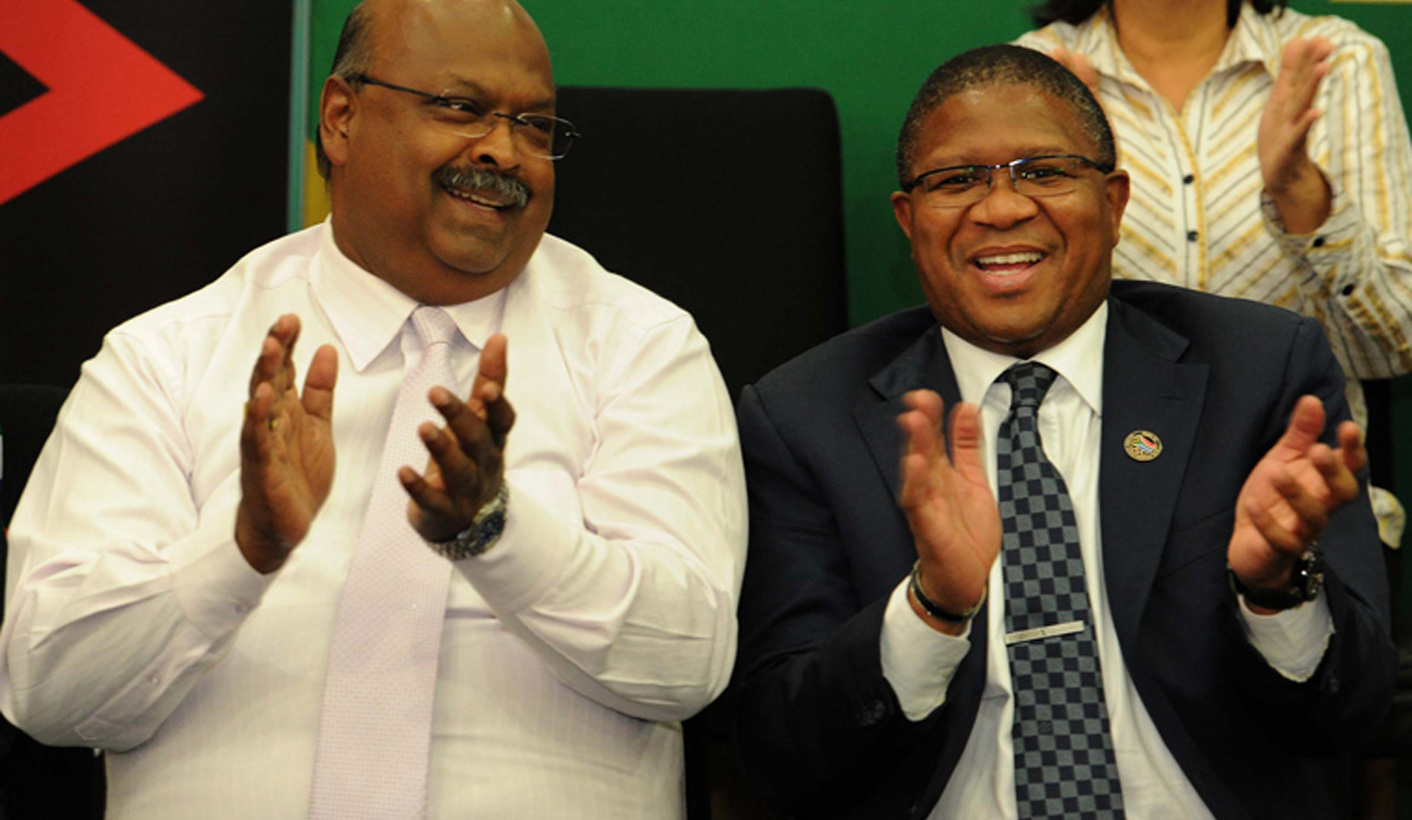 The Sascoc board suspended CEO Tubby Reddy this week on the back of allegations of sexual harassment. Allegations which were retracted in May by the complainant, only for the retraction to be rescinded soon thereafter and for the complainant to add a new claim – that her emails were hacked and that the apology was sent without her knowledge. Now a damning “investigative report” – with a myriad of caveats added – has been leaked to several newsrooms. The “report” casts serious suspicion on Sascoc President Gideon Sam and pinpoints one man – Jeffery, without a surname – as the main culprit. But there is more to this than meets the eye. By ANTOINETTE MULLER and PAULI VAN WYK.

This is a new version (09.17am) of a story which was published earlier on DM

Sensational allegations of spying and bugging devices planted in the offices of South African Sports Confederation and Olympic Committee (SASCOC) have been made by CEO Tubby Reddy, just days after he was first suspended by the board.

Sascoc ratified the suspension, with full pay, on Thursday. In a media it said that the suspension came “following allegations against Tubby Reddy from a staff member sexual harassment and him subsequently declaring a dispute with the board about unfair treatment and process on these allegations”.

Reddy has denied all allegations of sexual harassment against him. But the boardroom war at the is becoming utterly odd.

The sensational report, complete with apparent picture evidence of bugging devices, raises a number of questions.

The “investigation” has been concluded by SS Griffin Risk Management Services Pty Ltd – a company currently listed on publicly available documents as going through a “deregistration process”.

Daily Maverick could find no proof that SS Griffin owns a website or administers a Facebook or Twitter account. The “report” was purportedly prepared by Liam Evans, “security specialist”. Although a quick Google search returned no result for a person of that name in such a position, the phone number is, however, Rica’ed in the name of one Liam Evans.

Several sections of the “report” leaked to Daily Maverick are conveniently highlighted in yellow – notably paragraphs that defend or support Reddy’s position. The “report” kicks off fairly simply, focusing on “bug sweeps” at the Sascoc offices and several residential addresses. However, it veers off course at page 21 (of 218), to suddenly discuss Reddy’s sexual harassment charges and the utter unjust of the board.

The report is unconventionally drafted without a proper explanation of its scope, and instructions. The reader is in the dark over whether Reddy sanctioned it in his private or official capacity. What is purported to have been included in the report, but without a proper conservation of the chain of evidence – the reader has no way of telling if some of the emails included are authentic. In other examples, photos of letters and emails are included in the report. The version Daily Maverick has seen is also riddled with various language and spelling mistakes.

It further appears as if Reddy wrote the introduction to the report himself, a curious thing considering the report’s cover contains the details of a security company.

But the most curious of it all is SS Griffin’s caveat on page 12. It’s actually the first page of the if one discounts Reddy’s seven-page intro. The disclaimer is extensive – it even puts to shame KPMG’s controversial disclaimer in the South African Revenue Service (SARS) Rogue Unit saga.

The disclaimer warns the reader that the “report” is marked as “private”, “highly confidential” and “highly sensitive”. Even though there is no watermark or other markings to indicate its sensitivity as in legitimate investigative reports. It warns that the “inappropriate and disclosure of this report” or portions of it could result in “significant damage or loss to Sascoc”. It should only be distributed to individuals on a “need-to-know basis” – several newsrooms obviously “needed to know”, all at once.

SS Griffin is so confident in their “report”, that it cannot be used to accuse anyone, let alone lay a criminal charge against any of the victims it casts serious aspersions on. (No worries, “Jeffery”. They might not be coming for you after all.) SS Griffin is also not making “any formal allegations or accusations”.

And then the reader comes to the most important part of the disclaimer: “SS GRIFFIN may not be held liable in any way or for any reason(s) whatsoever if this report be (sic) used in any other way other than its intended purpose as an update for SASCOC to be able to make informed decisions based on information herein contained in order to mitigate the risks and minimize the possibility of any potential threat or damage(s).”

There you go Sascoc. You should make “informed decisions based on information” in a report you cannot trust at all.

Among the sensational claims included in this “report”, is that   “the Democratic Alliance wants to take control of sport” which will them “amongst the sport conscious voters in South Africa| by means of “putting Reddy and the African National Congress on trial”.

The blame for the installation of various bugs squarely at the feet of one “Jeffery” – without a surname. “Jeffery” is an electrician who “does work for Sascoc from time to time”. Daily Maverick is struggling to trace “Jeffery”.

The whole thing looks like something a poor man’s Bell Pottinger could have dreamt up. A second company, CYBSEC POINT, was contracted to audit the IT security of Sascoc. This part of the report does actually contain scope and follows a more conventional reporting approach. The company appears to have only been registered this year by old director, Angelique Amelia Kruger.

But this is not even the first time that that electronic communications are the of the Sascoc storm.

The reported in May that the case had taken a “turn for the weird” when a letter was sent from complainant’s computer for the allegations against Reddy. That same staff member then claimed that her email was hacked. So much for that security audit.

The whole thing reads like something out of a movie script. The irony that the report later claims the alleged spook used “textbook tactics” won’t be lost on anyone.

The report claims to have uncovered a number of different bugging devices – from phone taps to transmitters both at Sascoc’s offices and at Reddy’s home.

Reddy confirmed that he commissioned the report in his capacity as CEO. It’s not clear who paid for the report. The main point of interest, according to the report, was the executive offices, notably where Reddy and his staff were located.

In the report, Reddy further claims that Sam brazenly admitted in a meeting that Sascoc “collects information” and that conversations are recorded. In the report, Reddy says: “Due to the to me from management and staff regarding the President saying that he had recordings of what people were saying within the office. As the CEO, I took it upon myself to have the checked for bugging devices.

“It troubled my mind that the President could so brazenly declare that he had recordings of what people were saying in the office which is contrary to the POPI Act.”

According to News24, Sam “laughed off” these claims and said that Sascoc was following “due process” after Reddy approached the police.

According to the security company’s assessment, installing the monitoring devices would have required the involvement of   “security officers and at least two other possible services providers” and a “significant amount of capital” — in the region of R250 000 to R300 000.

When Daily Maverick contacted Reddy he said does not wish to comment further on the matter as he has opened a criminal case against Sam. He added that he is “waiting for documentation” following his suspension so that he can “defend himself”.

Sam did not respond to our request for comment. DM