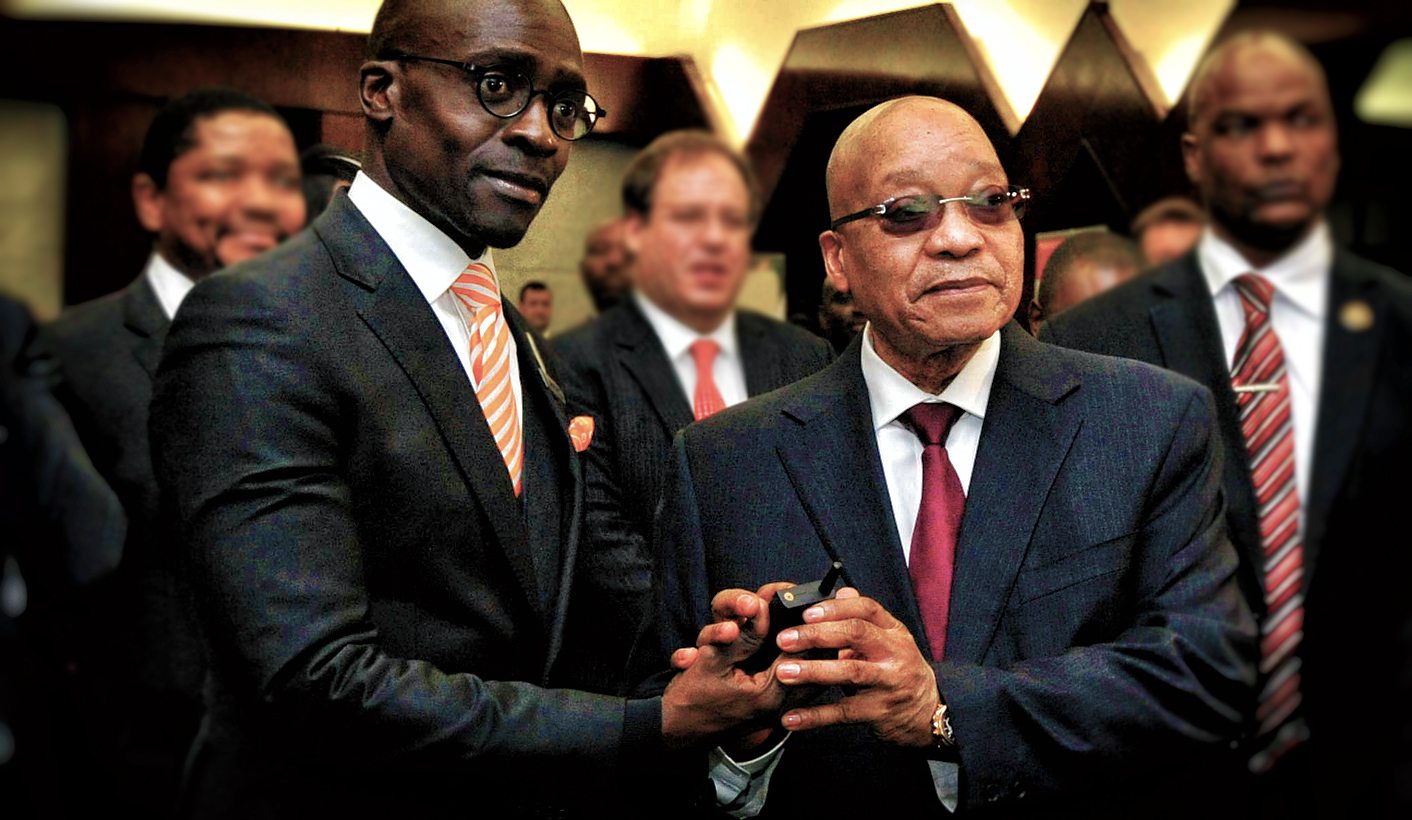 The Zuma presidency has ended. The Zuma dictatorship has begun. His surprise not-surprise Cabinet reshuffle, which ousted Pravin Gordhan and his deputy Mcebisi Jonas from the Finance Ministry, has already tanked the rand. But it’s going to get much, much worse. And so this enormous act of disrespect was also a declaration of war, and on Friday, South Africans wake up to a worse version of their old country. The time has come to fight for a new one. By RICHARD POPLAK.

This is the end. But it’s also the beginning.

It starts and ends with three words: Radical. Economic. Transformation. Roll them on your tongue as you consider Malusi Gigaba – the ANC’s resident sharp-suited, high-flying dandy – serving as the new head of the Finance Ministry. Standing alongside him is a fellow named Sfiso Buthelezi, a former Robben Islander and an ANC cadre of long standing. Buthelezi, we are told, is a trained economist – which in this country doesn’t mean he knows how run an economy, but how best to ruin one.

Every sentient South African anticipated this shuffle. In classic Banana Republican fashion, it happened under the cover of night, and it favoured slavishness over competence, as these things always do. And yet, it’s only a chickenshit Mafia vampire bagman who purges his Cabinet well after supper, and then dumps a press statement on the country in the witching hour. And it’s only a bargain basement dictator, out of time and out of patience, who celebrates the appointment of his new friends with 80 banal words that read as follows:

I have decided to make changes to the National Executive in order to improve efficiency and effectiveness.

The changes bring some younger MPs and women into the National Executive in order to benefit from their energy, experience and expertise.

I have directed the new Ministers and Deputy Ministers to work tirelessly with their colleagues to bring about radical socio-economic transformation and to ensure that the promise of a better life for the poor and the working class becomes a reality.

You can look up the list of new/fired ministers elsewhere in these pages, but prepare yourself – it isn’t pretty. And how’s this for an indication of intent: if Zuma cared at all about the poor, he would of course have whacked Social Services Minister Bathabile Dlamini, whose brutal bungling of the South Africa Social Security Agency social grant payments has resulted in the illegal extension of a contract between Sassa and some evil rich white corporation. Dlamini has cost the country billions, while almost denying our most vulnerable citizens their survival after April 1. And yet you will not find her name on the hit list.

If that isn’t the most eloquent “fuck you” ever extended to a nation of people, I just don’t know how better the man could say it.

Indeed, the press statement’s words go so far beyond cynicism that they cross over into a new territory – they’re a declaration of war.

The president is in the final desperate stages of securing for himself a retirement package, one that is vast enough to pay off the debts he owes to the very bad people who have bankrolled him for many years.

To whom are South Africans beholden? The Gupta family, of course, who today find someone far more amenable than Pravin Gordhan installed in the Treasury. Gigaba is now a respondent in the Gupta-connected Vardospan’s urgent application to get a decision on their bid to buy Habib Bank – a gambit both the Reserve Bank and the Treasury would not entertain. The clock was ticking on this deal, and there’s a possibility that the Cabinet reshuffle was undertaken in order to make it in just under the wire: Gigaba would dutifully sign the paperwork, and the Guptas, last year denied the right to bank here because they’re total sleazebags, will suddenly be liquid in South Africa once again.

It gets worse, though. The trillion-plus rand nuclear deal – the tender to end all tenders – will now become a reality. In a drought-sick future, with the Karoo fracked to fuck and our children sucking on mielie husks for moisture, we will be forced, North Korean-like, to bow before seven giant Russian reactors that don’t work, and are home only to mutant Hadedas and rats as big as oxen. As the Americans are slowly learning, everyone has their price, and the Russians are willing to pay it.

What happens next? That, too, will come as no surprise. The currency will face plant; food and fuel prices will rise; ratings agencies will junk us; borrowing costs will explode – a steadily intensifying cycle of future imperfect phrases that will drag the country, our neighbours, and the entire region into a deepening maelstrom of economic recidivism. This is not conjecture. There are myriad examples detailing the results of just this type of fiduciary suicide.

They take generations to remedy.

The firing of Pravin Gordhan and his deputy, Mcibisi Jonas, on the back of a shuffle that guts the Cabinet of dissenting voices and stuffs it with more apparatchiks loyal to the president, serves as a major historical turning point. It represents the ultimate triumph of the belly over our better collective instincts – if once we were fumbling towards the light, towards some version of nationhood in which we could live together in prosperity and peace, we are now entering feral survival mode.

Soon, Gigaba and his masters will, in true Chaos Capitalist style, usher in the age of Zairian economic transformation, where the land and the mines and the banks are handed over to the “people” by a benevolent government which just wants to square the odds. Except in these cases, it’s not so much the policies that need to be defined – although that certainly helps – but who constitutes the “people” that requires further elucidation. If your answer is “previously disadvantaged black South Africans”, well, not so fast. Zuma has never displayed any hint of governing for the masses, and we have many years of historical precedent to judge him by.

This Cabinet reshuffle is a hack of the Treasury, plain and simple. And the ANC sat by and watched, mouths agape, as if the late great Joe Mafela was singing Celine Dion while riding a midget pony in Carnegie Hall. Which is a genuine tragedy, because the cadres of the ANC, the Communist Party and organised labour once carried a terrible, mythical power. They kept the likes of Reagan and Thatcher awake at night, and despite many attempts to do otherwise, there was no denying the righteousness of their mission. That’s the generation that Ahmed Kathrada helped lead; it’s the generation from which Zuma has now been exiled in disgrace.

What will you do?

It is up to no one but South Africans to finish the South African project, and to emancipate economically those who were franchised politically. In the meantime, we cannot allow our agency to be outsourced to the caprice of the ratings assholes and the global investment markets, to which our future is now subject. Nor can we hand our agency over to a family who so wisely purchased a shady politician for a few bits of silver when his previous benefactor balked at the price.

This is the end. But it’s also the beginning. Your move, South Africa. DM