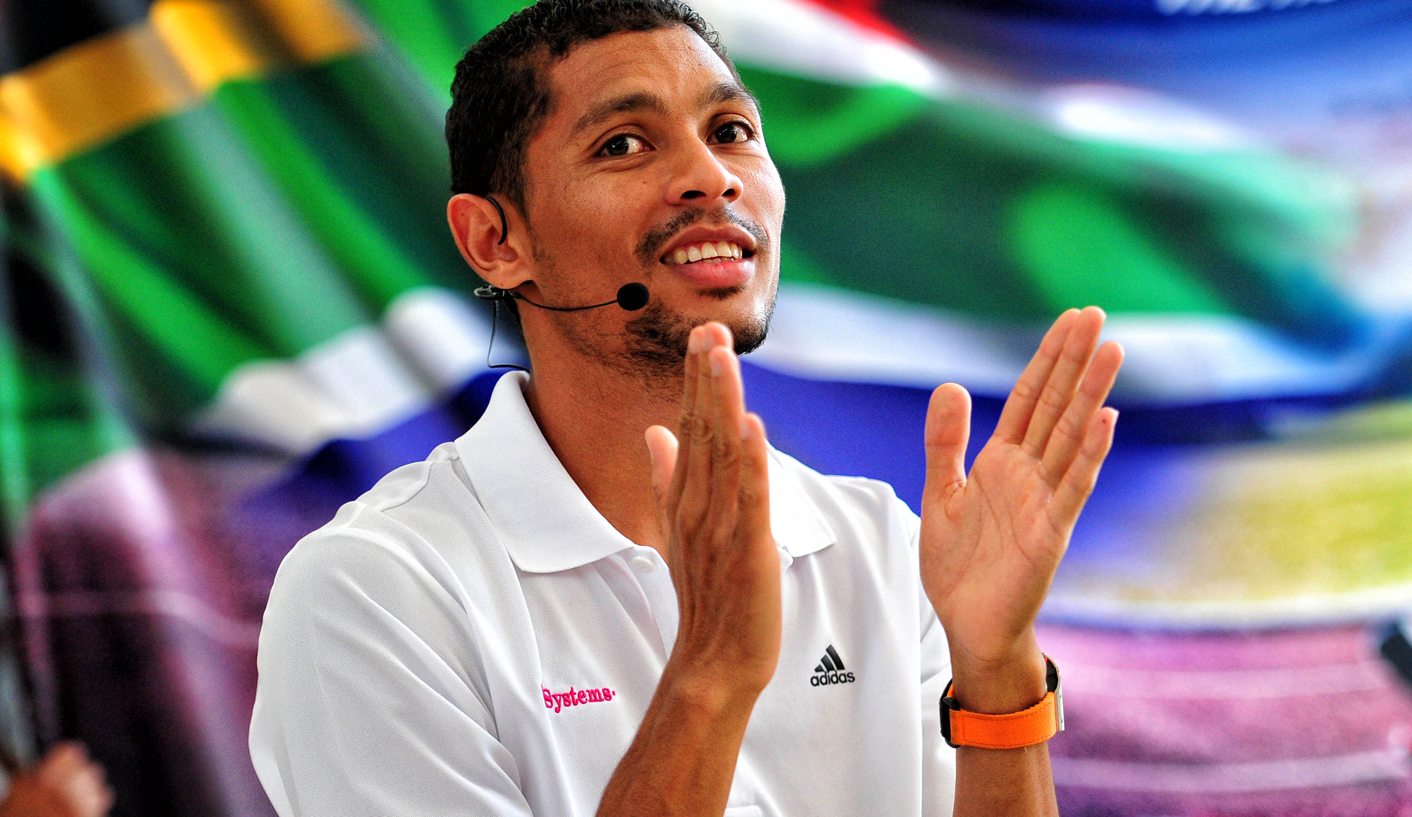 Another sporting week has come and gone and as we brace for the sporting weekend ahead, here’s a quick recap of some of the big – and some of the more interesting – news stories you might have missed. By ANTOINETTE MULLER.

It’s been one of those “blink and you miss it” weeks. Over in Australia, South Africa completely humiliated their hosts, again, and the press suitably threw a complete and total wobbly.

Bafana Bafana went from beating Senegal to drawing with Mozambique while Shakes Mashaba had a wobbly of his own. The Springboks continue to confound with the squad selection for the Test against Italy over the weekend released by PDF on Twitter with Bryan “Havana” appointed as vice-captain. The mistake was later corrected, but it’s a great shame because all the Bryans in Havana playing against Italy might have actually given the Boks a chance.

Across the pond, Wayne Rooney got into trouble for getting pissed while on duty with the national team. But, let’s be honest, you’d be driven to drink too if you played for England. Jürgen Klopp, though, didn’t see too much of a problem with it, saying: “All the legends we love and admire drank like devils and smoke like crazy.” Yes, Jürgen. Many of them also ended up broke and in rehab, but never mind.

Here’s an overview of some of the other sporting stories that made headlines this week.

Faf du Plessis, he of the impeccably groomed hair and ruthless captaincy got caught rubbing his ball the wrong way this week. Now, it might just be a case of sour grapes by the Australians, but it certainly brought out an army of high horses being ridden to various ivory towers around the world.

The issue is with Du Plessis sticking his finger in his mouth to get some lubrication from a mint in his gob to shine the ball ferociously. While this might sound perfectly innocuous, the ICC has a law about polishing the cherry, saying it’s allowed “as long as no artificial substances are used”. There’s no ban on sucking mints, though, and Du Plessis will probably just claim he was using his own spittle instead of the mint juice. Don’t be fooled by the moral indignation, though. All teams do this to varying degrees; the majority are just much better at hiding it.

What’s worse is that Du Plessis is no stranger to funky ball management. In 2013, he was spotted rubbing a ball on his pants zipper. He was fined 50% of his match fee for the misdemeanour and you might think that he’d have learnt something from that. Seems the only thing Faf should be fined for is not being able to hide his tomfoolery better.

Onside: Wayde van Niekerk gets a pat on the back

The Association of National Olympic Committees became the first official body to validate Wayde van Niekerk’s 400m record-breaking efforts at the Rio Olympics by giving him an award. Because, you know, being a complete bad-ass running blind in lane eight is not legitimised until you have some pretty trophies to go with your medal. We don’t have anything against awards, promise, we just enjoy poking fun at the inanity of it all.

World Rugby is considering a radical change to its tackling laws. The sport’s governing body is pondering a ban on tackles above the waist. Analysing hundreds of head injuries, World Rugby say that 72% of head injuries happen as a result of a tackle, with 76 of those inflicted on the tackler. World Rugby doesn’t just change laws all willy-nilly, though. It’s likely that a trial will first be introduced at age group level and it would take a lot of data to make the call.

Former Super Rugby flanker Josh Blackie, who was part of the world conference discussion panel, said: “Change sometimes only comes when players stand up and demand it… the awareness and concern of players has increased in the last five years or so and the management of concussion changes have been welcomed.”

Concussions have been on the rise in England, with a 4% increase from the 2012/13 to the 2013/14 season. In South Africa, it’s estimated that 50% of players will have suffered at least one concussion by the time they finish high school and considering the dangers associated with this injury, the seriousness with which World Rugby is handling it is welcomed.

When the going gets tough, the tough get pulling. During a World Cup Qualifier, Edin Džeko decided he’d had quite enough of being tackled, and pulled down his opponent’s shorts. He was given a red card for his foolishness, but frankly, the world could do with a bit more tugging shorts. Maybe somebody should “pants” Donald Trump or Jacob Zuma the next time they don’t like what they do.

Four former national captains of the Ugandan football team stormed and vandalised the Football Association’s (FUFA ) HQ in Mengo. Over 50 men attempted to enter the offices before being chased away by police. The BBC reported that George Semwogerere, Philip Obwin, Polly Ouma and Mathias Kawesa (all former captains) were among the ex-players involved.

The hullabaloo centres on a dispute over who the rightful administrators of soccer in the country actually are. In 2014, the National Sports Council told all national associations to register. Uganda’s FA did not do so, but Dan Walusimbi, the leader of the rival faction, revealed that his group had already registered and been issued a certificate and the groups have been at odds ever since. Walusimbi was even arrested four years ago (before the registration order) while trying to storm into the conference hall hosting the FUFA Extra-ordinary. DM