Soccer: The trials and tribulations of Bafana and Shakes Mashaba 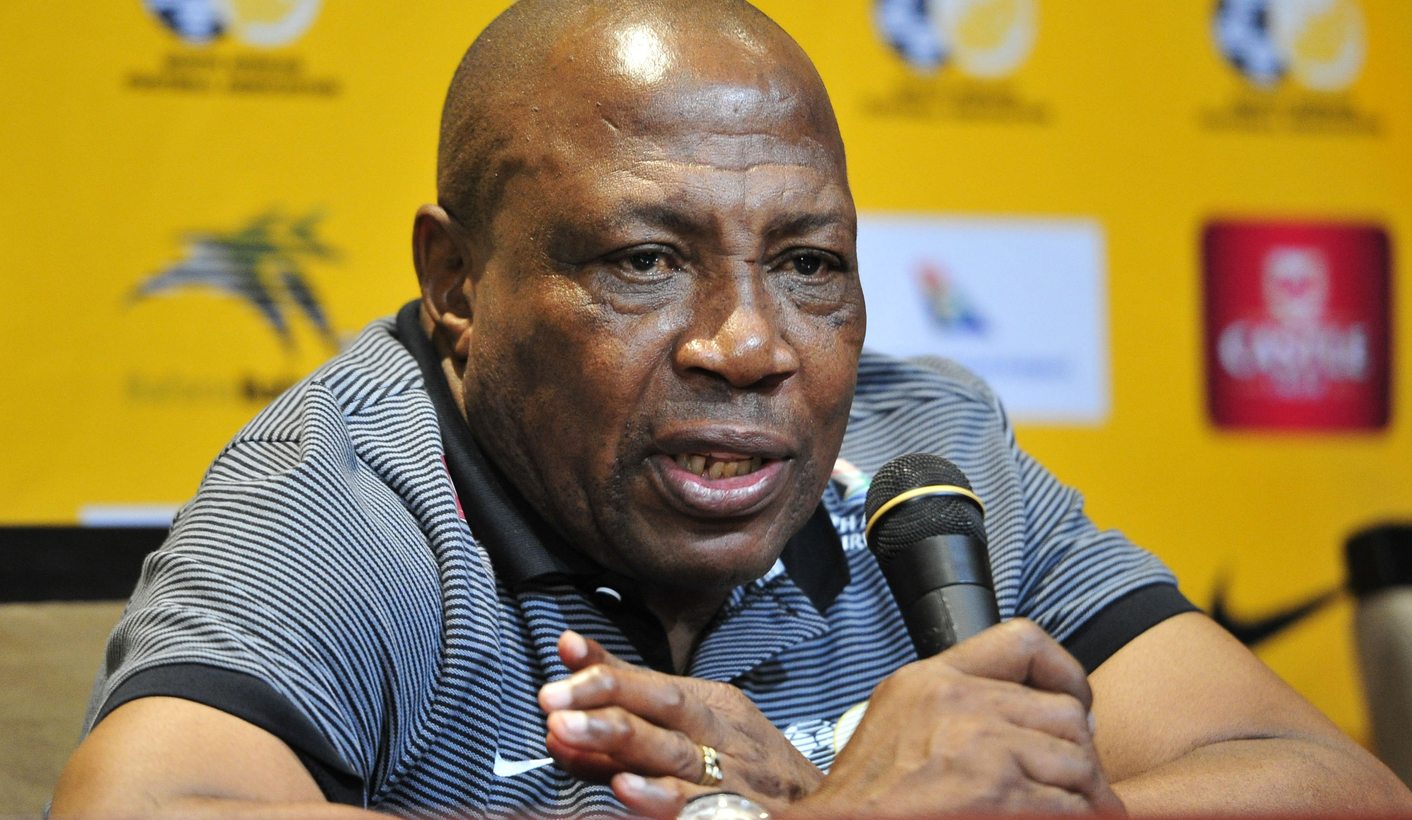 Shakes Mashaba is seemingly at odds with both the media and his association. What should have been a celebration at the weekend ended with a suspension for the boss and a draw against Mozambique. Who’d be a national coach in this country? By ANTOINETTE MULLER.

Remember that time when Bafana Bafana used to be the national embarrassment over a sporting weekend? Despite all the doom and gloom around the team’s failure to qualify for the 2017 Africa Cup of Nations (Afcon) in Gabon, South Africa are on course to clinch qualification for the 2018 World Cup in Russia after Shakes Mashaba’s charges clinched a surprise 2-1 win over Senegal over the weekend and are currently second in their group, level on points with Burkina Faso, but behind on goal difference.

They might have played out a tame 1-1 draw against Mozambique on Tuesday night, but there were mitigating factors to consider after coach Shakes Mashaba was banned from attending following a little outburst. What exactly led to that outburst is still up for speculation and the media loves a bit of speculation.

But let’s start off by focusing on the weekend’s win. Prior to the weekend’s loss, Senegal had not lost in six matches. South Africa’s record, though, wasn’t too shabby either. They had not lost in 13 fixtures, five of those being draws. Yet, much dismay has surrounded coach Shakes Mashaba. As is the wont of any national sporting coach in this country, the media can be pretty brutal. Mashaba was pissed off, even after winning. In a video which did the rounds on social media, Mashaba is heard saying “these people have already buried me”.

Mashaba reportedly also snubbed SuperSport and let print journalists wait for nearly an hour for his post-match interview. He was pissed off, but obviously not just with the media.

“This must be the end of the journey, not the beginning, because this cannot lead us into the 2018 World Cup qualifying campaign where we will meet the giants of the African continent. What we saw tonight was disappointing. We had a goal given to us through a penalty. We had numerous opportunities, but we cannot talk about the same things,” Jordaan was quoted as saying.

Mashaba was banned from attending Tuesday’s friendly against Mozambique as a result and IOL quoting a “senior SAFA” official who seemed to confirm that it’s the outburst that cost him.

“His (Mashaba’s) poor relationship with the media is affecting everything he does now. It is almost like the president had to beg him to join the party in the dressing room after the game. He was disrespectful towards a number of SAFA officials who wanted to congratulate him for the win and these included Mr Patrice Motsepe (Mamelodi Sundowns owner and billionaire) as well.”

Mashaba’s little outburst was unfortunate, but not exactly unexpected. He’s always been an-all-or nothing guy. There are reports of him sitting down for lunch with journalists during his time with the Under-20 and Under-23 squads. On the flip side, when things started to derail in his current post, he took things personally and often lashed out in press conferences. This is just the way some coaches act. Some do the grouch act with a bit more pizazz than Shakes. Anyone who has ever had to deal with Jose Mourinho in a bad mood will tell you all about it.

But Shakes does not have the luxury of being exalted as “The Special One”, despite his excellent record with the age-group sides. And, as a result, Shakes is not afforded the same respect that some of his contemporaries might get. Thus, instead of anger and frustration, his outburst might even push some to feel sorry for him, especially considering he wasn’t even entirely sure what was expected of him. Did his mandate require him to qualify for both Afcon 2017 and the World Cup? Or would one cancel the other out? These are the sorts of things you might expect your association’s president to tell you, but communication isn’t exactly Jordaan’s strong point – just ask Fifa.

And so, we are here.

There’s a national team on the verge of achieving something they haven’t managed in a decade (aside from that one time it happened by default). There’s a coach who thinks the whole world is against him. And an association that doesn’t want to tell him any different. Looks like it’s not just the Springboks gig that’s the worst in the world. DM