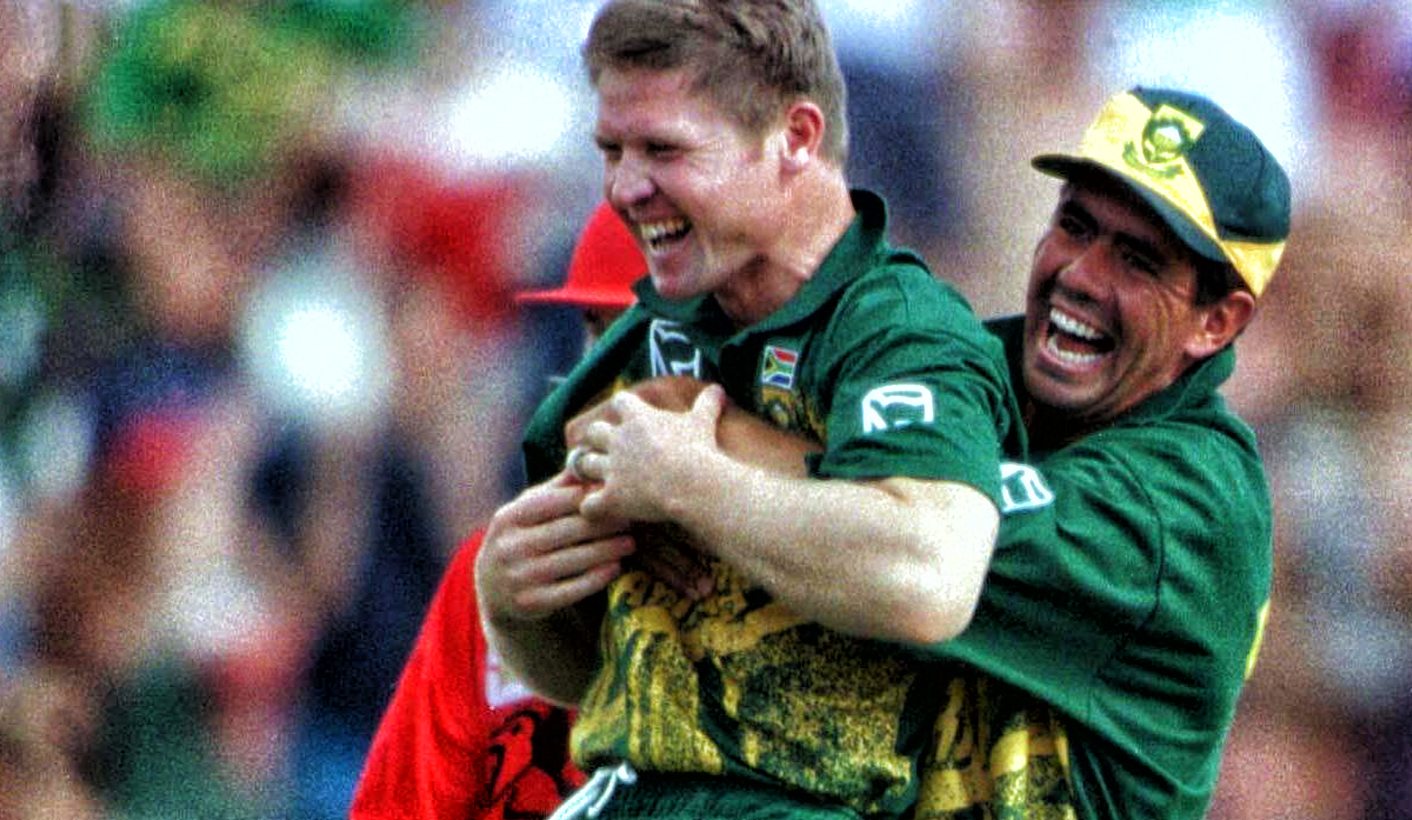 Former South African cricketer Daryll Cullinan claimed in an interview that cricket is “inherently not a black man’s sport”. This claim is not only false, it’s also insulting. By ANTOINETTE MULLER.

Over the weekend, a rather staggering interview with former South African cricketer Daryll Cullinan surfaced on ESPN Cricinfo. It touched on everything from match-fixing to transformation. While his insights on the Hansie Cronje saga are of moderate interest, that’s not what grabbed the most attention.

In the interview, Cullinan makes the staggering claim that “cricket is not inherently a black man’s game in South Africa”, adding that “soccer has been and is the most popular sport amongst our black youth”.

I had to lodge my jaw bag into place from the floor after reading those words. Surely, one person cannot be so staggeringly obtuse?

To claim that cricket “is not a black man’s sport” is not only false, it also completely whitewashes a part of history that led to the exclusion of people of colour from sports like rugby and cricket.

Let’s start at the beginning.

Black people have been playing cricket in South Africa for centuries. The sport was particularly popular – and still is – in the Eastern Cape. In a book by Andre Odendaal, The Story of an African Game, Odendaal dates the first instances of the game being played in the province as far back as the 1850s.

For a recent feature, Beyond The Boundary, Daily Maverick Chronicle travelled to the Eastern Cape and found that cricket is and remains the most popular sport in the province. Rarely did we see any soccer fields, even at schools.

Watch: Beyond the Boundary | The Eastern Cape Heartlands

To ignore an entire province’s cricketing culture is insulting, but that is not even the biggest problem with the statement. To claim that cricket is “not inherently a black man’s sport” also completely ignores the fact that during apartheid, black and coloured people were dehumanised and denied access to adequate facilities. It ignores the fact that the apartheid government made cricket and rugby “white sports” by excluding players of colour from the squads.

Cullinan also shows incredible lack of insight when it comes to cricket in the townships, saying: “Those facilities and taking care of that and growing that has not been there, and where that money is being spent and why – because it’s been this urgency to get numbers at the top level.”

This statement is not entirely true either. There are township – and rural – clubs that are thriving despite the challenges they face. Clubs are winning their leagues despite having a fraction of the funding and kit resources some of their more affluent partners are showered with.

Of course there are clubs that could do better – but that is true for all cricket clubs across the country. But to suggest that there isn’t growth in places like Langa, Mamelodi, Soweto, Middledrift and Ngumbela Park, among others, is incredibly patronising to the administrators and coaches at these clubs who work tirelessly and thanklessly to inspire the next generation of cricketers.

The overwhelming response to the interview has been that “Cullinan’s opinion does not matter”. But, in the greater scheme of things, it does.

Transformation is still a fundamentally misunderstood concept not just in South Africa, but overseas too. To have someone with Cullinan’s profile say something like this is dangerous; it plays right into the confirmation bias of those people who are still trying to deny the change South African sport so desperately needs.

Even more troubling is that Cullinan felt comfortable airing these views in public. Does that mean he has never been challenged by people in his social setting about these thoughts or has he not shared them before? How can a person who lives and grew up in South Africa, fully aware of the brutal history of this country, be so ignorant?

In his own haphazard way Cullinan does go on to mention the challenges the vast majority of the country’s population faces in terms of accessing facilities and resources, but reiterates “how deep the influence of soccer is”.

While it is true that soccer is the country’s most popular sport, we cannot ignore the reasons why. Historically, soccer never excluded players of colour quite as brutally as rugby and cricket had. Soccer also requires far fewer resources – in terms of time, equipment and coaching – than cricket.

Cricket is not “not inherently a black man’s sport”. Cricket is inherently an elitist sport. Surely as somebody who made it to the top of the game, this should be obvious to Cullinan? Or is privilege blinding?

Finally, perpetuating such myths ignores some critical numbers. Most pressing, the percentage of black players who make the step up from playing for their provinces at school level to making the cut at franchise level.

Let’s not kid ourselves – becoming a professional cricket player is incredibly challenging. But some of the numbers of those who do manage to make the step up is troubling. During the 2012 Khaya Majola Schools Week, the overwhelming percentage of players were white. Just 31% were black. Making the transition from schools to provincial cricket was pretty equal with 20.5% of the white players going on to represent their provincial teams and 21% of the black players doing the same.

But the concern comes in with those who have made the transition from provincial to franchise level. Over 50% of white players represented a franchise compared to just over 30% of black players.

Is the talent gap really that big or is not enough being done to ensure that everyone in the system has a fair and equal opportunity to fulfil their full potential? These are the questions we should be discussing, let’s just not discuss them with Cullinan. DM