Analysis: It’s our thinking about transformation in sport that needs to be transformed 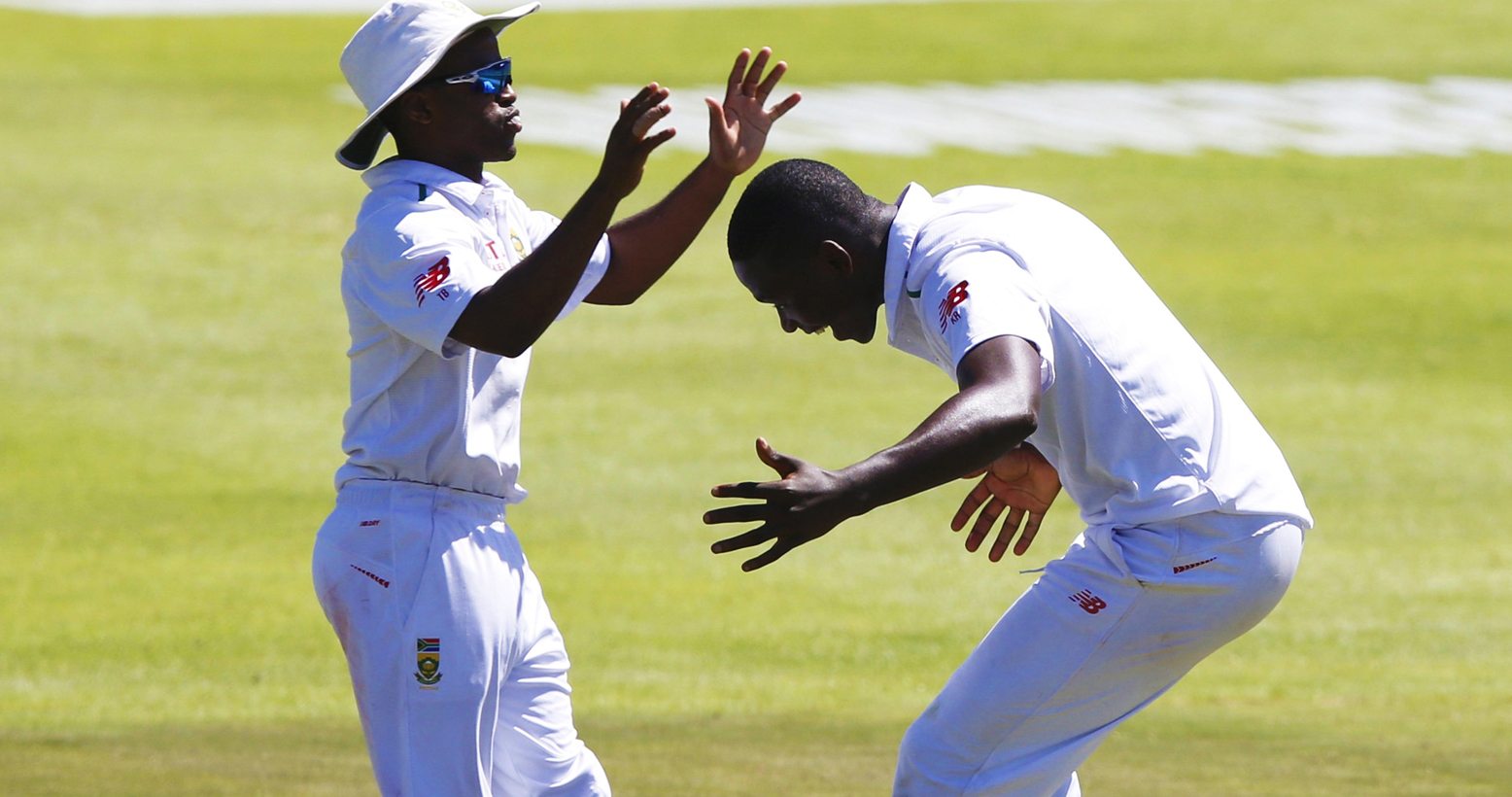 Transformation, despite what many seem to fear, is not about taking sport X or Y “away from white people” and it’s certainly not crying over the loss of Kevin Pietersen or Grant Elliott. Transformation is crying over every Temba Bavuma, Kagiso Rabada and Siya Kolisi we haven’t found. By ANTOINETTE MULLER.

You have to admit, Fikile Mbalula is actually a bit of a genius. Following his announcement that four of South Africa’s sporting federations will be banned from hosting or bidding for global sporting events, all the headlines have been about him. If he worked in PR, his bosses would be giving him a bonus for all the exposure he has generated for himself.

But with all of the ire directed at the Minister of Sport, but Mostly Recreation, a key point has been missed: why are we still in this situation despite constantly being told that these federations are “trying”?

The answer is simple. Everyone is thinking about transformation all wrong. Transformation is not simply a numbers game hedged on mass participation, although that is how it is often sold by federations. A number of sporting bodies are doing some work in this area, but far too much money is wasted on notching up the numbers without a road map to excellence being put forward to the kids in these programmes. Yes, the South African Rugby Union (Saru) might have “taken the game to thousands of new players in hundreds of new schools” but these numbers mean little if there is no tangible outcome at elite level for these players.

If South Africa is going to achieve true sporting excellence, transformation and high performance must become mutually exclusive. While we should all fight against some inherent bias and smatterings of institutional racism, the shift in the paradigm will come only when we start thinking about a holistic and long-term approach to tangible transformation that will leave a lasting legacy and see South African sport become a global powerhouse in codes where it already excels.

This should have happened decades ago, but most sport remains inherently elitist around the world. While athletes from disadvantaged backgrounds to “make it”, their road to that success has almost always been paved with access to high-performance coaching at an elite school. South Africa’s federations have been allowed to be comfortable and passive in their approach because these schools have always produced enough talent to plug the gaps, but it is astounding that nobody has asked: how much talent have we missed?

In the early stages of sporting development, it’s important to understand which areas to target for various age groups. The IRB Ready programme defines things as such: from 6-12 players just play while coaches guide. From 12-16, players explore while coaches teach. From 15-18, players focus while coaches challenge. In most school programmes, this simply does not happen and it is that kind of thinking and approach that needs to change drastically when we talk about transformation.

Identifying talent at a young age, offering mentorship and equal access to resources, is a laborious process. It also requires understanding that even if a player shines at Under-12 level and up, he or she might not make it one day and that’s okay. You will not always get your return on investment by producing excellent sportspeople, but the life experiences gained through an elite structure will be invaluable for these young people in their everyday lives.

To run a holistic high-performance rugby coaching programme will cost you about R15,000 per participant annually. That fee pays for a nutritional programme, transport to and from regular competitive fixtures, kit and medical care. Those are for non-negotiables and minimal requirements for running a high-performance programme and it requires deeply invested people who are motivated by creating excellence rather ticking boxes of required numbers.

Doing this requires deeply intense work that involves everyone in such programmes becoming entrenched in the lives of these athletes. It requires understanding that a kid from a disadvantaged background does not have a parent on speed dial to drive through when there is an emergency or take them to and from fixtures. It requires the understanding that the players in these programmes need to be guided in their understanding of nutrition and that the level of care that coaches are bound to are very different to those coaches at elite schools. It’s hard work, but it is not impossible.

It also requires the understanding that while sport is beamed on an expensive luxury channel which is accessible to few, players in these programmes will often lack a frame of reference. Would it not be great if there was free-to-air domestic rugby, cricket and even netball on TV for these budding athletes to watch?

While R15,000 a year for millions of kids might sound like a lot of money, it really isn’t that much when you consider the kind of money that is wasted willy-nilly on awards ceremonies that serve little other purpose than backslapping of the elite. The SA Sport Awards, for example, has spent over R100-million on awards ceremonies in the last few years. It also spends about R10-million on a so-called “indigenous games” festival which, while useful for ticking mass participation boxes, offers little to no career opportunities or bursaries for school leavers. Then there are the federations. Earlier this year, Saru announced a pre-tax surplus of R33.3-million.

These figures are mentioned not to have a cheap shot at the minister or federations, but to underscore that the monetary resources to run programmes of excellence do exist. This kind of money could fund serious programmes across the country instead of the shallow insult of drop-in clinics that is currently being used as a way to show “willingness” to transform. If Mbalula truly wanted to make an impact on the sporting futures of South Africa he would implement adequate legislation that forces federations to use their profits for good.

Because transformation, despite what many seem to fear, is not about taking sport X or Y “away from white people” and it’s certainly not crying over the loss of Kevin Pietersen or Grant Elliot. Transformation is crying over every Temba Bavuma, Kagiso Rabada and Siya Kolisi we haven’t found. DM