Hanekom vs Gigaba: When a law hurts the country 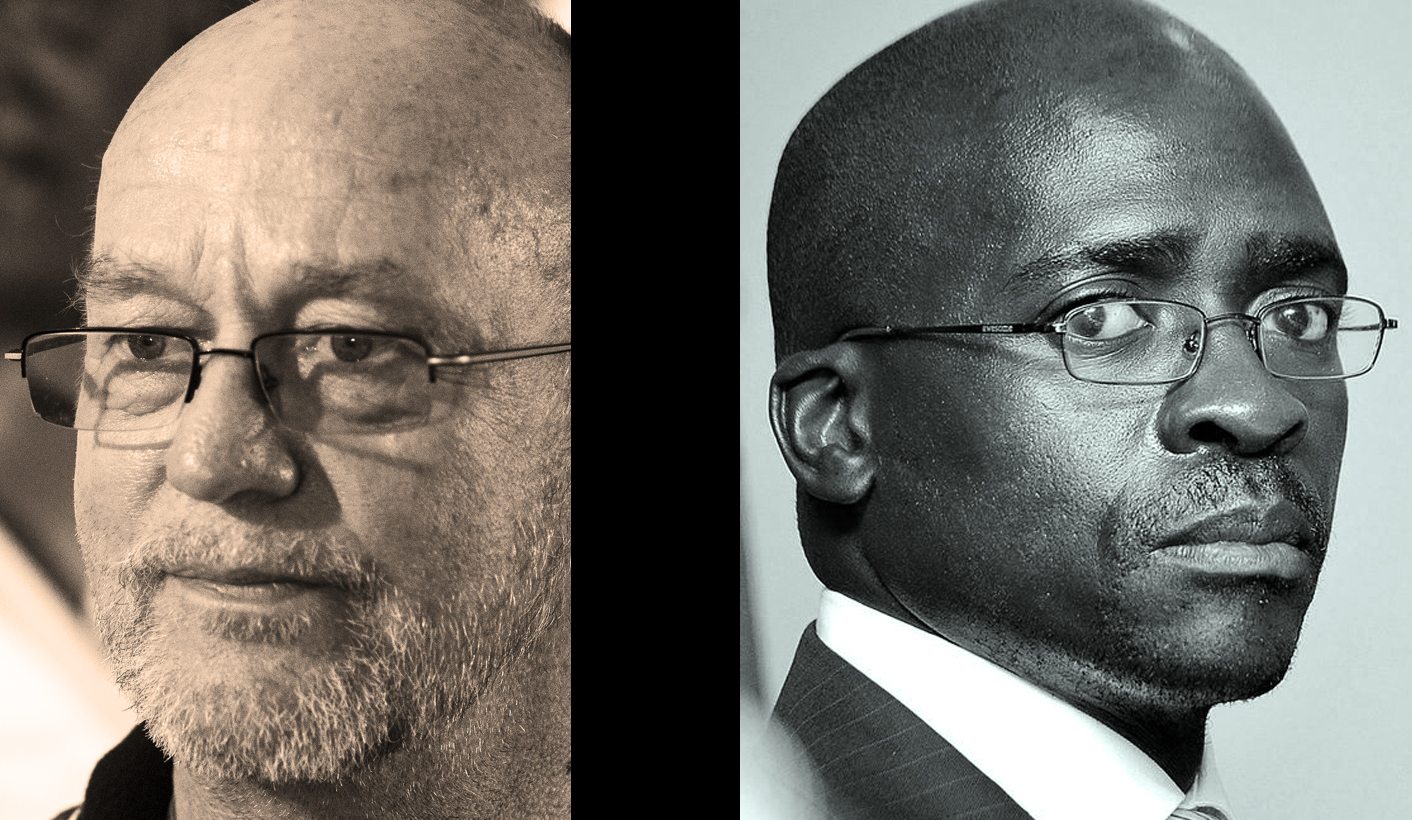 After months of near-silence on the new visa regime imposed by Home Affairs, Tourism Minister Derek Hanekom finally went public on Wednesday morning, telling the world he was worried about the impact they were having on his industry. A few hours later, Home Affairs Minister Malusi Gigaba hit back strongly. It’s not often that we have two cabinet minister slugging it out in public. While it could be considered fun for some of us, it is probably not so much fun for them. And it’s certainly not much fun for the travel industry, which says it’s losing money, passengers, and faith. By STEPHEN GROOTES.

Two months ago, we predicted that Malusi Gigaba would have a fight on his hands when the first effects of the new visa regulations became known. In short, the regulations require people coming here from many countries to have biometric visas (ie they need to have their fingerprints taken at a South African consulate before they come), that children coming in and out have their unabridged birth certificates with them, and that if both parents are not accompanying them, they have an affidavit of consent from the parent not with them. At that stage, there were no numbers to indicate what the impact on our tourism industry would be. There are now and they are not painting a pretty picture (as we, as well as everybody else, predicted).

On 702’s John Robbie Show, Hanekom said the number of visitors from China, one of our major markets, had dropped by nearly 40%, and the picture for other markets was similar. He said he was “worried”. More interestingly, he questioned Gigaba’s basis for imposing these regulations. He referred specifically, to “Minister Gigaba’s statement in Parliament in June” in which he said the numbers quoted were not actually true. Presumably this is a reference to the often-quoted statistics that ”30,000 children are trafficked through South Africa every year”. That figure has been denied by the nongovernmental organisation that was first quoted, and it was dispelled by AfricaCheck. A separate parliamentary answer has revealed that in fact 23 children had been trafficked in a three-year period.

It is quite rare, in fact, almost unheard of in post-democracy South Africa, for a cabinet minister like Hanekom to publicly attack the policy of another minister in public. But, if you look closely at what he said, he didn’t in fact criticise the regulations. He made the point several times that of course we have to “work against child trafficking”. It could be claimed that he did publicly attack Gigaba by mentioning the figures that appear to be incorrect. But here he probably has the defence that he was speaking the truth, which should help in the court of public opinion, if not necessarily in our politics.

And there is a particular context to this interview: 702’s John Robbie had basically baited Hanekom the day before, saying on air that he couldn’t understand his silence on this issue. And Robbie being Robbie, he would probably have kept going until Hanekom did break his silence. You could say that Hanekom was almost bullied into it.

From his side, Gigaba appears to furious. He was out of the country, in Switzerland it would seem, but he immediately went on the offensive, telling the Midday Report he finds it offensive that the tourism industry is placing profits above children. He says they cannot be placed on the same level; keeping children safe has to come first. In response to the argument about the figures, he says there surely “cannot be a threshold” above which you implement regulations to stop child-trafficking. In other words, you can’t wait until a certain number of children are trafficked every year before you act. It’s very much a repetition of the argument that we’ve heard from his department that “one child trafficked is one child too many”.

Gigaba also went for Hanekom almost personally, saying that it’s wrong for someone to go outside normal cabinet procedures; they’re supposed to work as a collective and no one should “should undermine” its procedures.

At first blush, perhaps the most startling thing about all of this is the fact that both ministers have gone public at all. Sure, Hanekom may have had no choice, but Gigaba could have held his breath until the next cabinet meeting. He could have lost some face by doing that, but he would have probably found it easier to win the war. It’s one thing for various elements of the African National Congress (ANC) to disagree with each other, as they do on, say e-tolls, or perhaps Nkandla, but for cabinet ministers to do so takes things to a whole new level.

Gigaba of course would appear to have more political power than Hanekom; he’s occasionally been talked about as a presidential candidate, and he is often seen as the future of the ANC. Hanekom does have a much better struggle history (being older helps), and his role in the expulsion of Julius Malema from the ANC as chairman of its disciplinary committee reflects his almost political neutrality in the party.

Whichever way the scales of power are tipped, Hanekom is on the right side of this fight, especially because Gigaba’s argument is provably wrong and indefensible.

Take the claim from Gigaba and his department that “one child trafficked is one child too many”. Governance is about choices. Each of those choices has consequences. The consequence of building a school is that children will be educated. But one may get seriously hurt in an accident on the swing. It is also possible that over the course of 20 years, a child will will be involved in a car accident on the way to that school. Yet we still build schools because education is important.

It is also possible that more children will die in the dilapidated toilets of Limpopo or the Eastern Cape’s schools, and yet we do not close them, even as some of those schools pose clear and present danger to pupils.

It is also a fact that children die, daily, in the country’s chaotic hospitals. We do not close them. (In fact, nothing much is done about it.)

If indeed the government decided that protecting children was its most sacrosanct priority to the exclusion of all others, it would immediately have to ban minibus taxis, schools, playgrounds, soccer, rugby, cricket, swimming, gatherings of four or more people, and just about everything else. And yet this is a government that does not do any of that. So WHY this? Why is the government implementing rules that are sure to cost this country thousands of jobs and lots of money?

And yet, this is a government that wants to build nuclear power stations, with the desirable consequence of producing electricity, but with the undesirable risk of nuclear contamination.

We don’t govern like that; our job, and the government’s duty is to manage the risk, wherever, or whatever it may be.

When someone as respected as Mavuso Msimang, who was a great problem-solving director-general at Home Affairs, says these regulations are wrong and should be implemented differently, perhaps that would be a good time for Gigaba to listen, and listen very carefully. Especially when the services the Department Home Affairs is supposed to deliver are deteriorating every day.

Gigaba has put up many arguments to support what his department is doing. They include, but are not limited to: stopping child trafficking, that other countries do the same, that parents should support moves to protect their children, that the travel industry is its own worst enemy for not dealing with this properly, that tourism and the economy are not everything, that people are being hysterical, that the tourism numbers reflect fears about Ebola, that it is just implementing the Children’s Act and that people judge South Africa differently to France and Germany.

As random as these points are, what’s missing from all of this is the actual case for these regulations. Without it, Gigaba’s insistence on what is a genuinely inexplicable move remains a puzzle to almost everyone in the country.

I am often asked, by people in the industry and observers, whether someone is actually benefitting from this, what the case is for these arguments, and why Gigaba is so hell-bent on implementing the regulations.

The answer is that there is no answer as yet to that mystery. DM