Op-Ed: Minister Gigaba, gird your loins for a fight 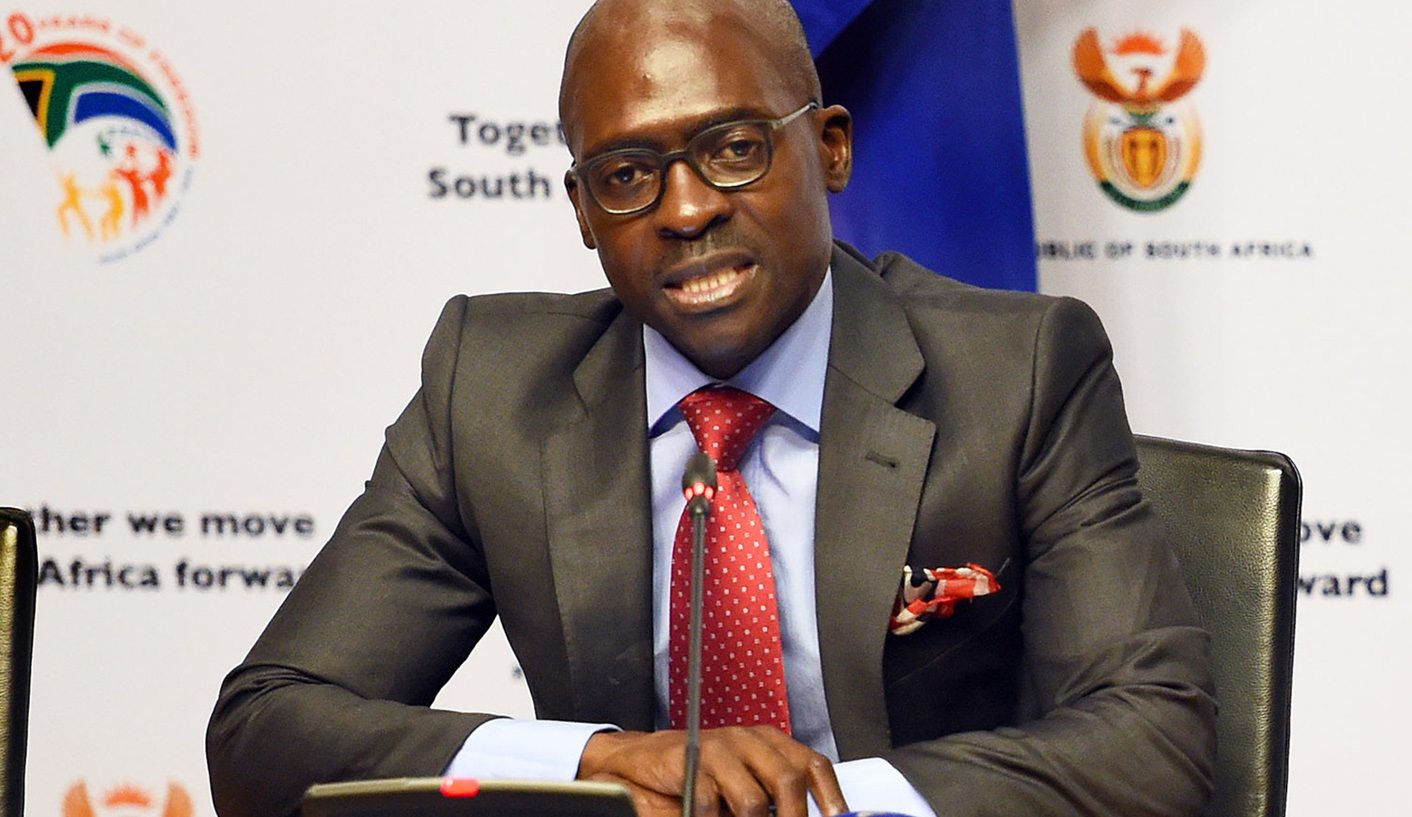 On Monday, South Africa’s new visa regime comes into effect. People travelling here will have to supply their biometrics, i.e. their fingerprints, to one of our offices around the world. On the same date, new regulations, requiring that children who are travelling into and out of our country, will have to have their unabridged birth certificates with them. And, if both parents are not travelling with the child, an affidavit has to be supplied from the non-travelling parent. Predictions of chaos are everywhere. And the law of unintended consequences, for our tourism sector, our reputation, and the financial health of SAA, is about to take hold. By STEPHEN GROOTES.

There can be no doubt that Malusi Gigaba is a confident man. He has always been someone ready for a fight, from leading the fight against the Springboks while in charge of the ANC Youth League to running half of government as Public Enterprises Minister (and benefiting from what may have been planted claims of a planned “super-ministry” within the ANC). This time, he appears to be spoiling for a fight with the entire travel industry.

The problem is that it’s a pretty big industry. It’s not just tour operators, hotels, guides, car hire companies, restaurants, pubs, or even Sun City. It is also airlines. And the problem with taking on airlines is that they have clout, they are big, they deal in the consumer industry, and they know how to communicate.

They’re beginning to do a little bit of that now.

Virgin Atlantic has told EWN that they are still being met with “shock and horror” when they try to explain these regulations. The biometrics form one issue; the real problem is with the demand for an unabridged birth certificate. As they point out, all around the world, from Pyongyang to Ramallah, to Tel Aviv, to London, to Moscow and Tokyo, the passport is a document that is immediately recognised. It is, if no longer the passport to smoking pleasure, a document that allows you to travel. It is what everyone is used to.

It has been this way for almost a hundred years. Whenever a new nation state is born, one of the first things it does is issue passports. And that is all you need. Everything – visas, work permits, the whole nine yards, is conducted through your passport.

The travel industry claims – and they are in a position to know – that we will be the only country in the world to have this requirement.

To make matters worse, the airlines say that they will suffer financially. They point out that they are the ones who now have to communicate with their customers, not Home Affairs. This is because of the system that is in place where, if someone does arrive here without the correct documents, they will be turned back, or, if you prefer, deported. And the airline has to pay to take them back. They can also be fined. As a result, government can sit back and make the airlines do all the work.

Some people bandy around figures like 20% – in other words, airlines could, of some flights booked to come here, have to stop 20% of their passengers, who’ve paid, because they don’t arrive at the airport with the correct documents.

Of course, it’s easy for Home Affairs to say that they must just communicate with their passengers. But, responds Virgin Atlantic, that doesn’t really recognise how the international industry operates. It’s not like a domestic flight, where Mango or FlySafair has your cell number. Many bookings come through the airline alliances, or through travel agents. So, if you are travelling from, say, Seoul, you might come through three different airlines, touching in Australia or somewhere, before you arrive here. What if you’re two-thirds of the way through your journey before someone realises?

We forget sometimes that while travelling “overseas” is a big thing for us South Africans, it’s not for Americans and Europeans and people from other parts of the world. They are used to flying thousands of kilometers with just their passport, so why would they need anything else?

So, imagine the cost for the airlines. Someone like Delta, the only American airline to fly here, may just decide it’s not worth it anymore to have to fork out R20,000 to fly someone back each time. Especially if it’s ten percent of the seats on every flight stateside.

Which brings us nicely to SAA. This is an airline that is so badly run that it can’t survive without debt guarantees from government. In fact, Comair has said in court that without these life-boats, SAA would have sunk years ago, and that it cannot continue as a going concern. What would happen to SAA, should it have to start taking passengers back, or just saying no and returning huge amounts of money each flight. The suffering would only deepen. And, should Home Affairs fine other international carriers for not complying with these rules, there would be a very strong case for them to be forced to do the same for SAA.

Thus government would be fining government, and paying for it with government money. Kafka would feel right at home.

It is important to state the Home Affairs case here. They deny the requirement for an unabridged birth certificate is unique, they say this is to protect children, and to stop human trafficking. Africa Check has said, however, that this development won’t have much of an impact on this problem, because firstly the numbers of people brought in to South Africa by human traffickers are over-estimated, and secondly, they don’t use airlines, they walk across the Limpopo.

On the requirement for biometrics to get a visa to enter, Home Affairs is probably on stronger ground, since it points out that countries like France and Germany have exactly the same requirement. The subtext, if you didn’t get it, is that we are being treated differently because we are African.

And, of course, there’s the over-arching argument that every politician, when in a tight corner, uses national security. It probably will make it safer for all of us South Africans to bring in these regulations. But safety is not everything. It would be safer for all of us to never drive, or to remove every minibus taxi off the road forever. We don’t do it because the cost, the opportunity cost, is too high. The same is surely the case here.

Gigaba has a slight problem on his hands. Last year, he confidently claimed that these regulations would be brought in. Then, after huge pressure, he had to announce a postponement. If he announces another delay, he will look foolish. Very foolish, in fact. He will automatically become Mampara of the Week. It is not an experience he will enjoy. Which means he almost has to bring them in, or suffer long-term damage to his career (or hope that Number One does what he always does – kick the difficult problem to Number Two in the hopes of damaging him politically).

One of the problems of being Home Affairs Minister is that it is the portfolio in which things happen. It is being like Home Secretary in the UK; you are administering people who have rights, votes, and minds of their own. Which always makes it tricky. It is the ministry for which the famous quote “Events, dear boy, events” was coined (in response to a question about why Home Secretaries don’t last as long in their posts as other ministers). Gigaba has very few options: he can continue with the current course, and be blamed for separated families, lost documents, lost fathers and mothers, lost money, and lost international reputation. Or he can back down. Again.

He’s going to need all of that famous confidence, whichever option he chooses. DM