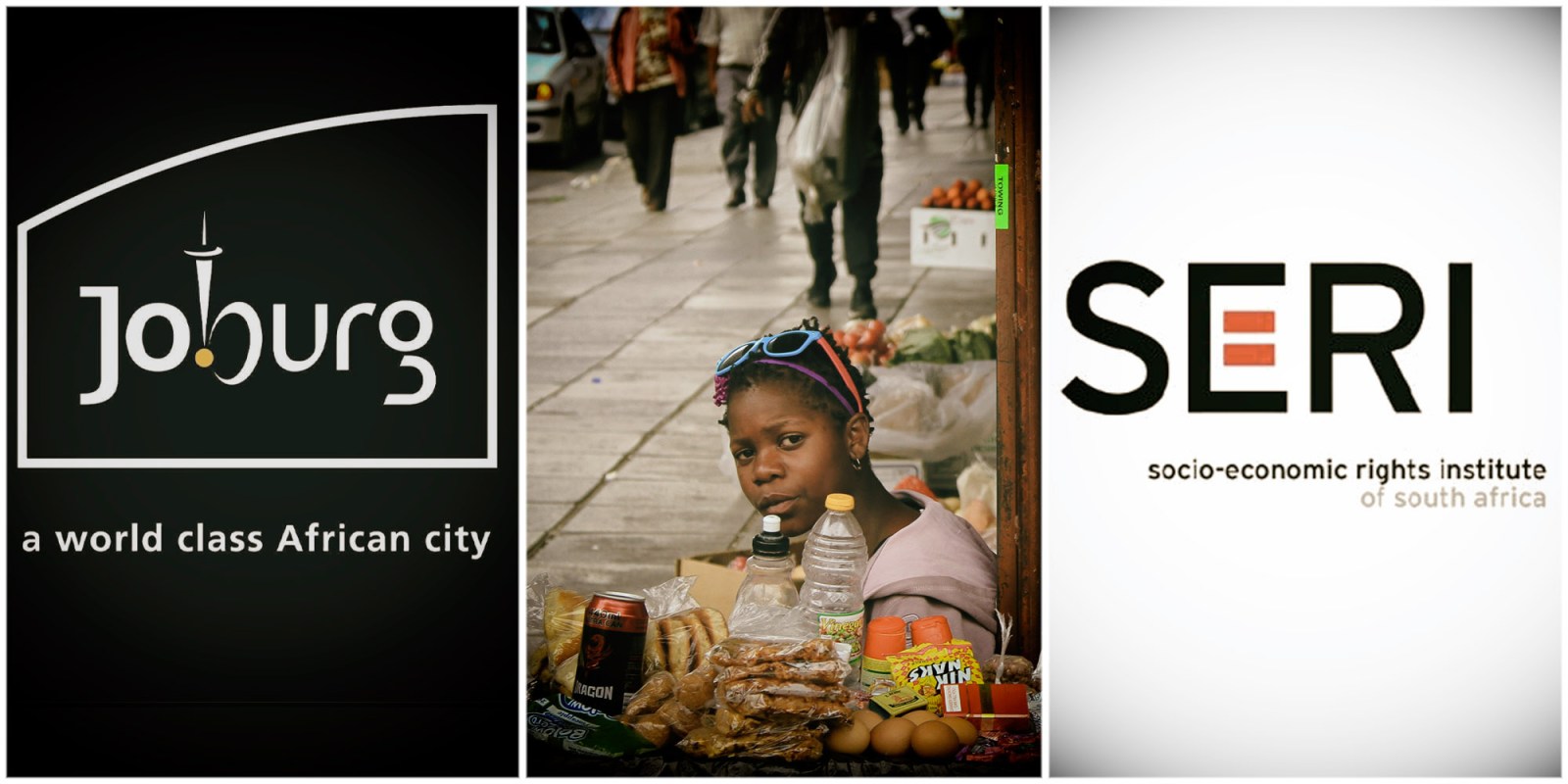 The City of Joburg has distanced itself from inflammatory statements by MMC for economic development Nkululeko Mbundu inciting violence against the Socio-Economic Rights Institute of South Africa, its staff and informal traders in the city.

Since October 2013, the Socio-Economic Rights Institute of South Africa (Seri), a non-profit human rights organisation, has been in an ongoing legal battle with the City of Johannesburg, fighting for the rights of informal traders to operate without fear of intimidation or harm.

In December 2013, Seri won a Constitutional Court case against the City that saw the informal traders back on the streets. The ruling stated that the city could not stop traders from returning to their places of work.

On 19 July, informal traders in Johannesburg were cleared off the streets and blocked from operating after the controversial “Operation Clean Sweep” by the city’s metro police.

However, the judgment has been criticised by ActionSA’s Nkululeko Mbundu, the mayoral committee member for economic development.

In a series of tweets last week, Mbundu called out Seri for helping the informal traders.

We’ve been served with a court interdict. They used locals to what appears to be a front to lodge the application which was successful in court. We are law abiding and will conform. When you find DeVilliers invaded tomorrow morning know know who did it. https://t.co/5FjMwVJN66

The thread of Mbundu’s tweets contains pictures of Seri’s staff and their cellphone numbers.

“Xenophobic groups and individuals have acted on councillor Mbundu’s tweets by circulating pictures of Seri’s staff, together with their cellphone numbers. They have threatened to burn down Seri’s offices, kill the lawyers who represented the informal traders and harm other Seri staff. Seri staff have also received threatening phone calls,” said Zondo.

“We have had to temporarily close our offices and increased security to make sure our staff are safe until things settle down. But never in my life did I think one day I will have to defend Seri and our staff, the women leading the litigation in Women’s Month.”

Brian Phaaloh, of the South Africa Informal Traders Forum (SAITF), said: “Our members face death threats regularly, but we are not backing down and we know what we stand for. We don’t take it as a threat any more. They have been telling me they will kill me and that I am a sellout, claiming the informal trade in the city is made up of foreign nationals. But I am not phased at all. We all won’t live forever and will die at some point.”

Abahlali baseMjondolo said: “An attack on Seri is an attack on us, the poor and marginalised. These threats reek of fascism and cannot be tolerated. We call on all progressive organisations and individuals to condemn and oppose this attack on what is a glorious organisation of truly progressive lawyers and researchers, an organisation that has stood by our movement in the darkest times.”

The City of Johannesburg has distanced itself from the inflammatory statements by Mbundu and apologised to Seri and the informal traders.

Johannesburg mayoral spokesperson Mabine Seabe said: “We condemn the tweets of the MMC, retweets and statements that were made there. An investigation has been launched to ascertain who or what went wrong in the operation and essentially why the Constitutional Court order was not properly looked at.” DM