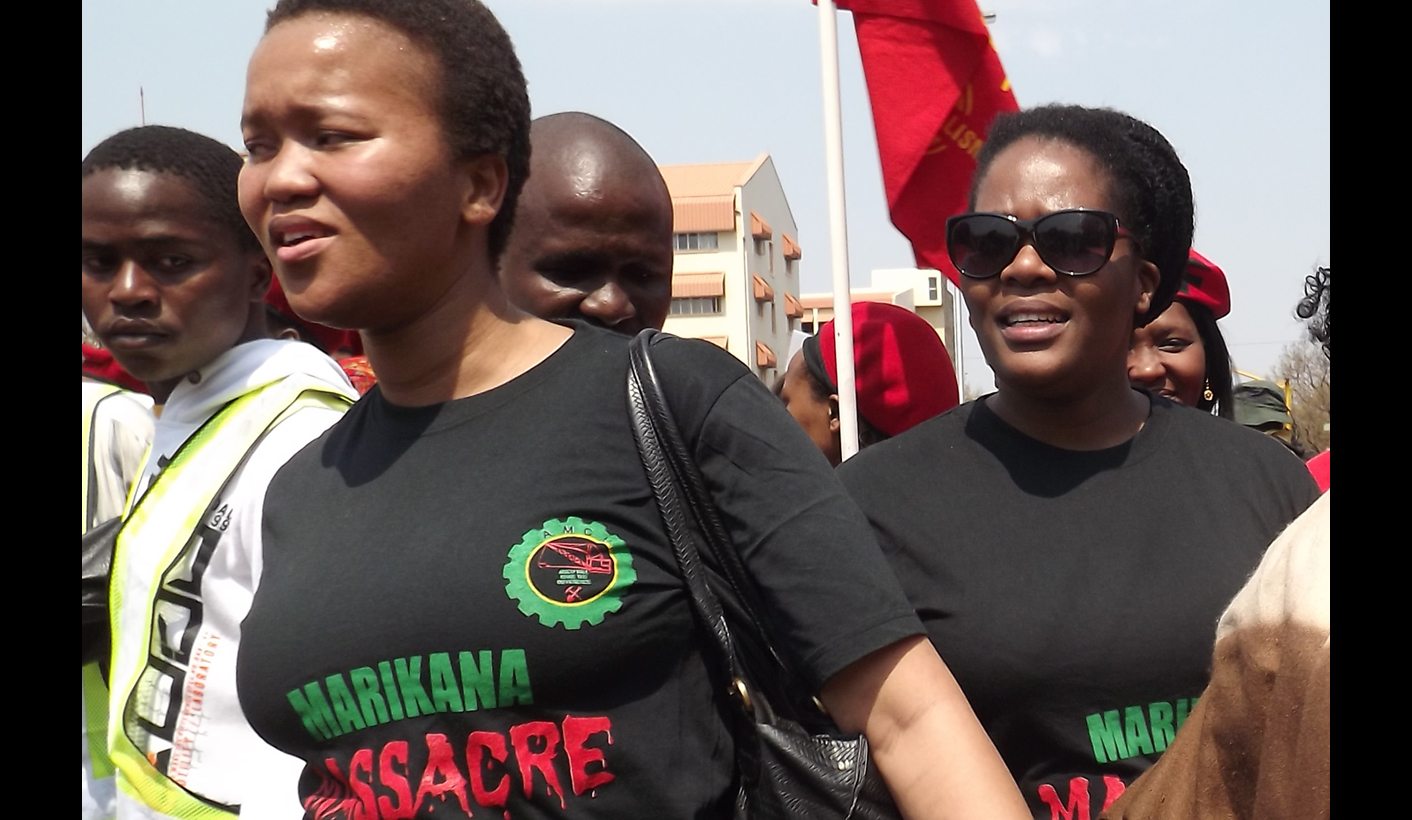 Social and Economic Rights Institute (SERI) lawyer Nomzamo Zondo was arrested on Thursday as she was assisting informal traders in Johannesburg's inner-city. While informal traders are still fighting Mayor Parks Tau's Operation Clean Sweep, battling for the right to make a living and have their rights protected, Zondo's arrest shows just how far the police are willing to go. As it turns out, very far. By THAPELO LEKGOWA & GREG NICOLSON.

Zondo is one of SERI’s lawyers who regularly represent those whose rights have been denied by a system skewed against them. The Constitutional Court ruled on Thursday that the City of Johannesburg could not stop traders from returning to their places of work. Thousands of informal traders have been cleared off the streets after Operation Clean Sweep saw Metro Police confiscating goods and allegedly assaulting them for trading.

SERI has been involved in the case and Zondo was helping some of the traders. They were jubilant after the ruling and according to Phumlani Ndlovu, deputy chair of the South African Informal Traders Forum, they were even giving away goods for free. The City has said it will continue to crack down on trading (only those traders deemed legal and part of the case can return to their stalls) and Metro Police reportedly assumed that they had started working again.

To stop the trading, Metro Police shot rubber bullets, said Ndlovu, injuring four people. The traders called Zondo for help. When she tried to intervene she was allegedly assaulted and arrested by the cops. Zondo was supposed to be on TV on Thursday night for an interview regarding the informal traders win. Instead, she was locked up after an apparently brutal arrest.

Johannesburg Metro Police Department (JMPD) spokesperson Wayne Minaar said she was arrested on charges of obstructing justice and assisting traders to act against officers. “JMPD will continue with its legal mandate to clear and observe traders until advised otherwise by the legal department of the City of Johannesburg,” said Minaar.

Late on Thursday evening, SERI’s Kate Tissington said that apparently Zondo was being denied bail. She hopes a prosecutor is available so that Zondo can get bail. (Zondo has a 5-month old baby that she is breastfeeding.)

SERI has before accused the Metro Police of brutally arresting people with impunity during Clean Sweep. In a chilling press release two weeks ago, the organisation detailed the story of Belinda (not her real name). “On Friday at around 12:00 Belinda and a group of other traders were approached near Kerk Street by more than 30 JMPD officers. Belinda saw JMPD officials chasing people away and taking bribes. Belinda also saw them assault another female trader by kicking her with booted feet. She took photographs of both these incidents on her cell phone. Another female trader reported being hit, slapped and sworn at by the police,” said SERI.

The account continued: “The JMPD officers approached Belinda, who took the photos, and confiscated her cell phone, saying that ‘she was making as if she was a journalist’ and must go home. When Belinda approached them to ask for her phone back, they told her that she was under arrest because ‘it is illegal to take photos of the police doing their job’.”

SERI accused the police of violence and xenophobia. “The police then drove around with Belinda and a number of other arrested traders, and she witnessed JMPD officers confiscating mannequins outside a clothing shop, and the owner paying money to the officials to return them. Eventually they were driven to the JMPD station at Faraday Street where they were handcuffed with their hands behind their backs, spat on and further verbally and physically assaulted. Throughout this ordeal, the traders were subject to xenophobic abuse. One trader was told that that the JMPD ‘would drag her with the car like the other guy from Maputo’. Belinda was told that ‘all of this is Mandela’s fault for having married Graca,’” said SERI.

The Constitutional Court disagreed with a South Gauteng High Court ruling last week that found in favour of the City. Some of the traders will be allowed to go back to the streets. But the issue, and the allegations of police violence, will surely return to court. DM

Update: Zondo was released late on Thursday night on R500 bail and ordered to appear in court on Friday.

Photo: Nomzamo Zondo at Marikana. She was also the attorney for the families of the Marikana deceased.