ANC policy platitudes on the fight against corruption a... 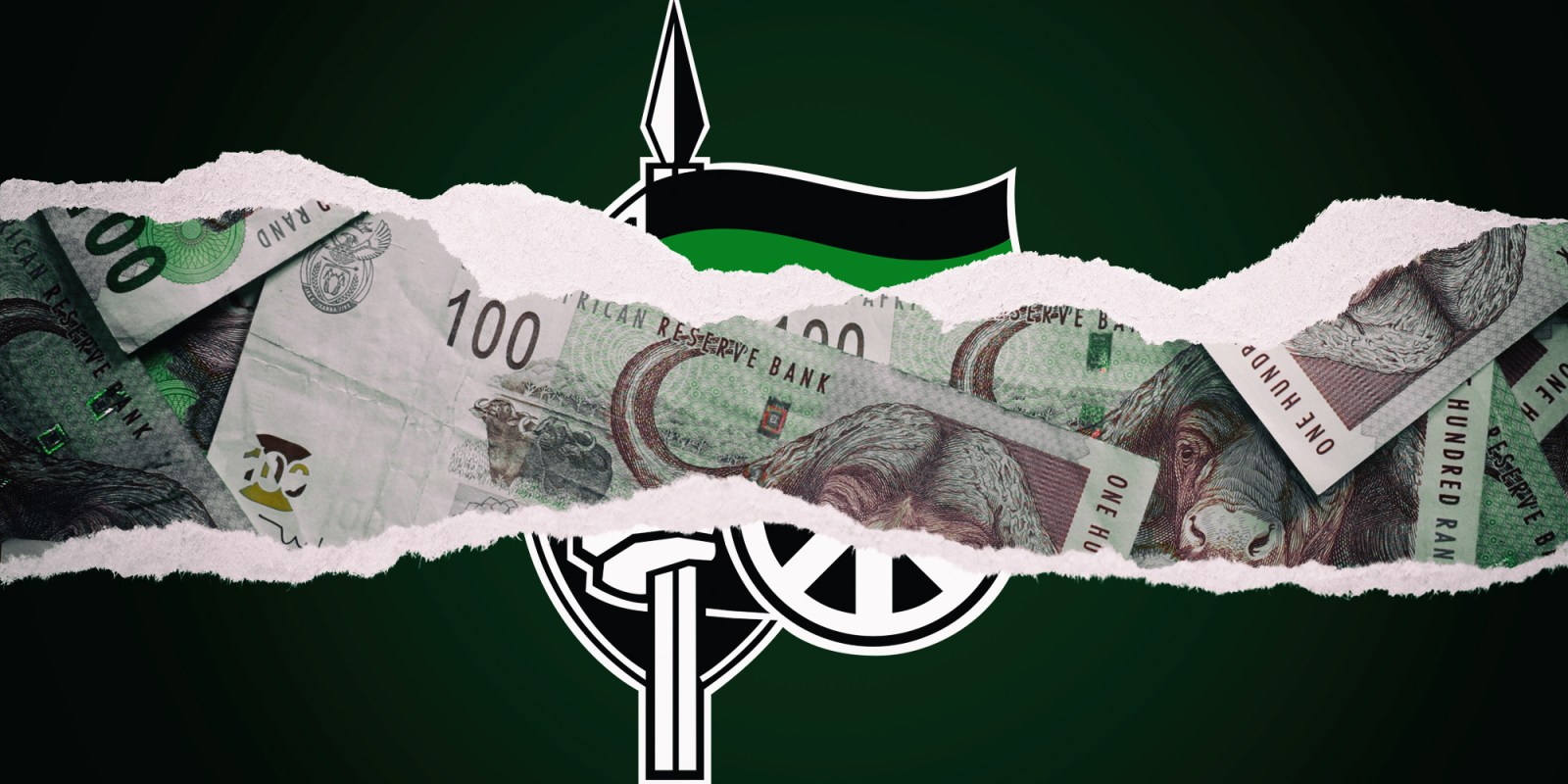 The analysis of ANC governance failings — from slipping electoral support to ‘a loss of confidence in the ANC as a leader of society’ — emerges crisply from the legislature and governance and other policy discussion documents. The solutions, not so much.

That’s about as good as its gets in the 15-page legislature and governance policy discussion document. And also in other discussion documents on organisational renewal or the balance of forces, effectively the state of society in ANC jargon.

The governing ANC’s complicity in State Capture, flailing municipalities or devastated state-owned entities like Eskom remains a disconnect for the governing party.

“… (T)hanks to the Commission on State Capture, we now know that the problem was much bigger than we thought. Extensive networks through which public servants, senior government officials and corporate executives have been involved in widespread looting of public finances, have now been exposed,” said the “Changing Balance of Forces around the South African Transformation Agenda” policy discussion document, after stating how:

“(I)n 2015 the problem of corruption was correctly or incorrectly characterised as a challenge which involved ‘a few state employees, public representatives and the private sector leadership’.”

That disconnect between the governing ANC, corruption that benefits the politically connected — to wit, the Covid-19 personal protection equipment tender scandals — and declining public and electoral support runs through various discussion documents dealing with governance, the state and the ANC’s organisational renewal.

It allows a turn to platitudes and trite commentary on renewal and being the leader of society. And such fudginess becomes institutionally embedded — and transferred also to state administration where, for example, action is absent to stop public servants doing business with the state, which is banned by law.

“Corrupt practices across government, and the perceptions of widespread corruption, have become a serious blight, undermining transformation and the trust of the people. The Zondo (State Capture) Commission reports implicated ANC leaders and members, the step-aside guidelines have been adopted by the NEC (National Executive Committee), but we still have serious contest [sic] on these issues,” according to the renewal policy document in its points-for-discussion section.

“How do we draw a line on this matter, learning from other examples, so that we can turn the tide?”

And while the talk elsewhere in that particular document is “to show zero tolerance towards any facilitation of ANC and/or State Capture, any dishonest conduct…”, it also becomes clear that internal processes remain fudgy.

That show of zero tolerance needed the “speedy continuation of a process for the full and immediate implementation of the 54th conference (Nasrec, December 2017) resolution dealing with corruption in the movement, for the removal, suspension, or step aside of charged persons, criminal offenders, and state capturers, from within our leadership core and membership.”

Inadvertent, perhaps, but this is an acknowledgement that the step-aside rule has, over almost five years, been haphazardly implemented.

“It is recognised that the failure to implement this resolution will threaten the legitimacy of the congress movement as a leader of society, and further increase the trust deficit that is emerging especially in metropolitan areas,” says the legislature and governance discussion document.

And so the step-aside rule is set to be the proxy policy battle at this week’s ANC policy conference that comes in the wake of the ANC KwaZulu-Natal conference elections that saw an anti-President Cyril Ramaphosa slate elected.

The policy discussion documents were released before the final Zondo Commission report, which an ANC task team is dealing with separately. When governing party policy honcho Jeff Radebe hosts a media dialogue on Wednesday, at least some of the thinking will be shared.

It’s telling that particularly governance-related policy discussion documents remain quiet on concrete proposals to tackle the interconnection of a governing ANC in control of the levers of state power — as the lingo goes — and corruption, State Capture and flailing service delivery.

And it’s telling how quiet they are even after four years of public testimony before the State Capture commission which not infrequently highlighted the link between political networks and deployment, corruption and the diversion of public funds to private pockets.

Fudginess and kicking for touch seem to be the ANC’s default position. It’s a way to avoid decisions that could unsettle the careful balance between contesting factional interests.

Instead, the legislature and governance document takes a Socratic route, asking, “What clear directives to address corruption should be included in a framework aimed at streamlining disciplinary management and enforcing consistent application of discipline to all members of the ANC regardless of their standing in the party?” And also, “How best should the ANC lead communities in fighting against corruption?”

Special hearings on parliamentary oversight excoriated the ANC’s (non)response to State Capture claims as far back as 2011. Much was made of Parliament’s constitutional responsibility to hold ministers and all organs of state to account.

But the ANC policy discussion documents don’t say much, if anything, about upping the stakes on quality oversight, or even on an electoral system that would make elected public representatives directly accountable to constituencies, as was repeatedly raised by State Capture commission chairperson, Chief Justice Raymond Zondo.

Instead, it’s about ANC power and a misconstruction of the rule of Parliament, an essentially multi-party institution as lawmakers are elected by citizens every five years.

“The issues of regularising roles and responsibilities of the chief whip need to be addressed,” is the throwback to the 2017 Nasrec resolution that sought to make the ANC’s chief whip the chief whip of Parliament.

“The chief whip and the Office of the Chief Whip of the majority party must be accorded the necessary political and institutional recognition. The proposal should be considered to make the ANC chief whip a parliamentary chief whip,” was how the 2017 proposals put it.

But South Africa’s Parliament recognises both the majority and main opposition parties’ chief whips in a carefully crafted balance in a sphere of state that is in essence multi-party in character, as parliamentarians are elected by citizens.

Already in late 2020, ANC Chief Whip Pemmy Majodina, a former Eastern Cape MEC, sought to change her status of chief whip in the 2017 and also 2012 Mangaung ANC conference resolutions, according to the Sunday Times in August that year.

The proposals, it was reported, would give a so-called parliamentary chief whip significant say in the institutional running of the House, along with the presiding officers and senior administrators like the Secretary to Parliament, and also on Budget and HR, alongside influencing policy priorities.

And while, in public at least, these discussions did not progress, behind the scenes changes are unfolding, accelerated since the arrival of the former defence minister Nosiviwe Mapisa-Nqakula as National Assembly Speaker. Majodina is involved in deciding on committee meetings and oversight trips, according to the parliamentary grapevine, while Speaker as title has made way for EA, for executive authority, which is also what ministers are called.

But at least the 2022 ANC policy proposals seem to have ditched the 2017 notion of a Speaker of Parliament.

That would require at least two constitutional amendments to do away with the presiding officers, respectively the Speaker of the National Assembly and the Chairperson of the National Council of Provinces (NCOP). Crucially, each House of Parliament has distinct functions, with the NCOP directly charged with bringing provincial mandates to the national sphere.

But this ANC thinking of one boss, one institution, reflects the governing party’s fixation on centralisation — and hierarchy and status.