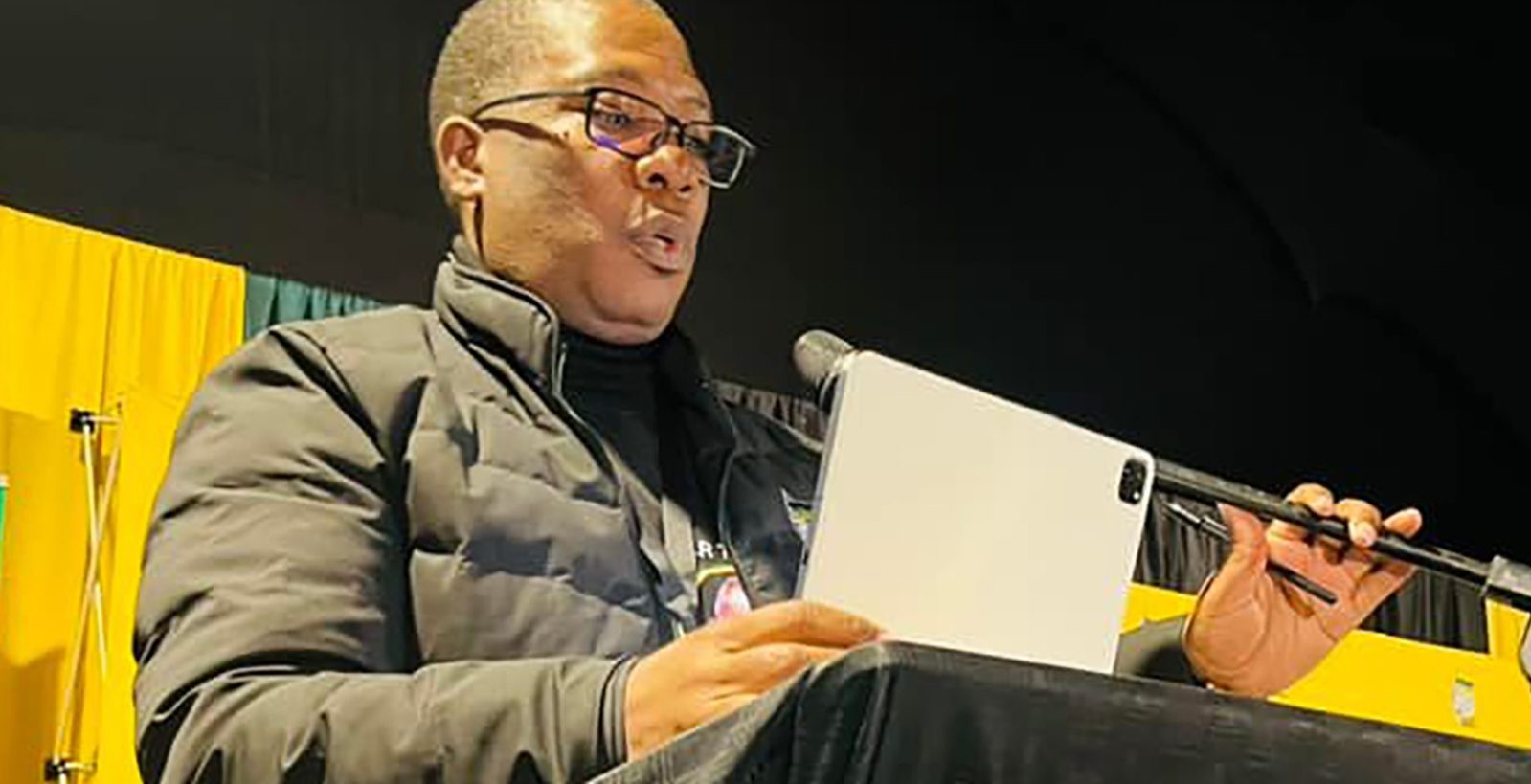 ANC Gauteng leaders met at the weekend in Ekurhuleni to elect 30 additional provincial executive committee members and gear up for the party’s national policy conference at the end of the month.

After the low voter turnout in the 2021 local elections, political parties across the spectrum are doing some introspection — including the ANC which suffered several losses across Gauteng.

As part of preparing for the 2024 national elections, the Gauteng ANC resumed its conference at the weekend at the Birchwood Hotel in Ekurhuleni to conclude the business of its provincial conference.

“Our presence here is to allow the African National Congress to take stock of its work and prepare itself for the battles that lie ahead in 2024,” said Panyaza Lesufi, the newly elected Gauteng ANC chairperson, in his opening remarks.

“In our process to deal with all the issues that confront us, it is very important that when we elect leadership, we elect leaders that will lead all of us — not lead a faction or a certain group.”

The conference, under the theme, “reasserting the vision of the Freedom Charter in the year of unity and renewal to defend and advance South Africa’s democratic gains”, aimed to conclude business that could not be finished last month — that is, electing 30 additional members to the provincial executive committee (PEC) and to discuss policy documents.

Lesufi said the purpose of the conference was to take ANC Gauteng forward to:

Tshilidzi Munyai, a re-elected PEC member, believes ANC Gauteng needs a strategy to win back the trust of the people.

“Strategy is a broad objective of our struggle and the tactics, therefore, relate to the methodology to execute broadly our strategic objectives. Why this context of the Freedom Charter? Because it places the demands of people as considered in Kliptown in the Freedom Charter.”

According to Munyai, ANC Gauteng’s strategies and tactics are influenced by external and internal factors, some of these subjective and others informed by objective reality. However, he said they needed to factor in updating their strategy by “balancing the power relations”.

“Never before, post-apartheid, has the ANC faced major political, social and economic challenges, but if not addressed by delegates before this conference, it threatens our advances. Our revolution is at a crossroads.

“The ANC has to take hard strategic and policy choices in the interest of our people. Either we advance a radical agenda of socio-economic transformation or remain trapped in the present political phenomenon that is so stagnant, and experience some serious issues,” Munyai told the conference.

Former Tshwane mayor and PEC member Dr Kgosientso “Sputla” Ramokgopa told the conference that economic transformation was needed for the people of Gauteng and South Africa at large.

He said the high cost of living in South Africa was a ticking time-bomb, blaming inflation and the Russia-Ukraine conflict, but that ANC Gauteng needed to do better in resolving the everyday, unpleasant experiences of South Africans, including power supply issues, hunger, housing and xenophobia.

“We are running out of time and explanations. We must reassert a mandate to the incoming PEC to ensure that we mobilise society against the unpleasant experiences.”

In light of the recent tavern deaths that have left at least 42 dead, the ANC Gauteng peace and stability policy document came under the spotlight at the conference.

Party spokesperson Pule Mabe told the media at a briefing that the national security cluster was not responsible for guarding taverns, and that tavern owners should make sure their patrons were protected.

He said the recent tavern shootings were acts of criminality that could cause a security crisis in South Africa.

“We have got to discuss the minimum threshold for you to get a licence to operate a tavern. We also need to discuss what kind of security measures taverns put in place to protect their patrons.”

Mabe said the ANC had peace and stability substructures working to build safer communities and urged people to work with police and one another to fight crime.

The conference came after the provincial elective conference was held last month, which could not be concluded because of unresolved issues within ANC Gauteng, including the issue of quarantined votes in Ekurhuleni.

They concluded that the quarantined votes would remain closed and would not affect the proceedings of the conference, and that the incoming PEC had the responsibility to resolve the issue.

Gauteng’s new ANC chairperson, Lesufi, has since called for unity within the party.

“In Gauteng, ANC lives and ANC leads. We are more than ready for 2024. No more Panya panya or Adiwele factions… it’s the ANC. Unity will determine our progress and disunity our downfall.”

The ANC closed its conference on Sunday with the new PEC being voted in. They are: