Warning: Step away from the cotton buds to clean your e...

Warning: Step away from the cotton buds to clean your ear canals 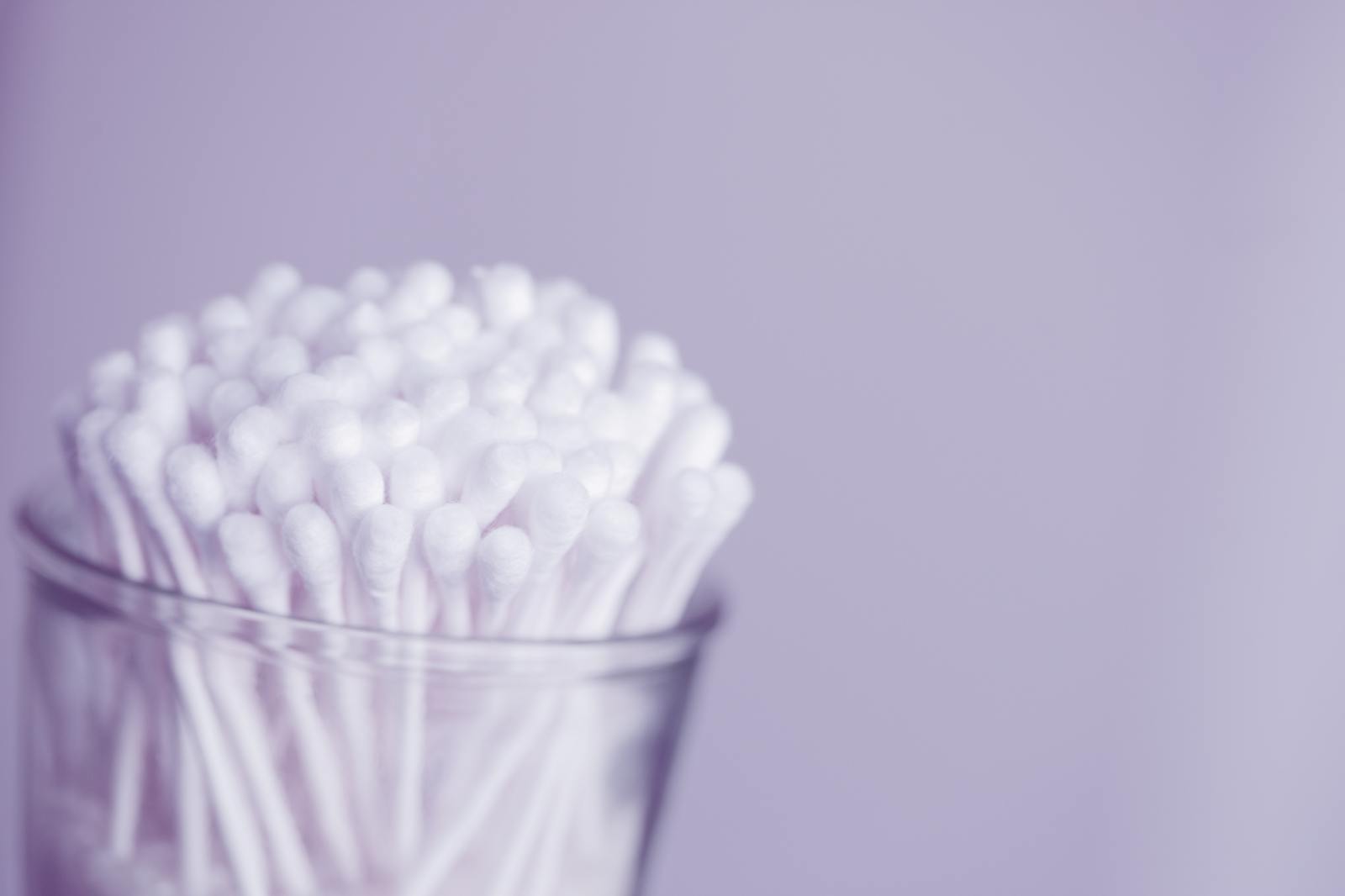 Although cotton buds are marketed as make-up application and removal aids, large numbers of consumers use them to clean their ears, a practice that continues despite numerous warnings from medical professionals. Here is why you should keep them out of your ears.

After observing his wife sticking wads of cotton on to a toothpick to clean their baby’s ears, Leo Gerstenzang developed the very first cotton-tipped swabs back in 1923. These were initially called Baby Gays, and a few years later, renamed Q-tips Baby Gays, giving birth to North America’s most widely used cotton bud brand, Q-tips.

It would be another 50 years before manufacturers started explicitly warning the public against using them to clean wax from the ear canal due to reports of medical concerns first published in 1972.

These days, the warning “do not use inside the ear canal”, or a version thereof, appears on the labels of various cotton bud brands. Nevertheless, they continue to find their way into millions of ear canals.

“The use of cotton buds inside ears has widely been condemned worldwide by otolaryngologists. This is due to well-documented complications including trauma, impacted ear wax, infection, and retention of the cotton bud. The most common mode of accidental penetrating ear injury in children is cotton-bud induced,” a team of researchers, all of them ear, nose and throat (ENT) specialists, wrote in a 2011 paper for the British Journal of General Practice.

They also surveyed patients at three primary care centres in the southeast of England, and found that some 76% of them used cotton buds to clean their ears at least once a week. Nothing about their paper was exactly breaking news. Not the use of cotton buds nor the risks associated with their use; such as impacted earwax, which can be caused by unintentionally pushing the wax deeper into the ear, causing build-up and severely limiting the ear’s self-cleaning capability.

The role of earwax in the ear canal, also known by its medical term, cerumen, is also well documented in various academic studies, such as this one from the Bhutan Health Journal: “[Cerumen] serves to protect, clean, and lubricate the skin of the ear canal … Thus ear has a self-cleansing mechanism … Cleaning of the ear canal is not only unnecessary but also potentially dangerous. Ear injuries caused by use of cotton bud are commonly seen in ENT practice. Cotton bud use may give rise to some dangerous complications. It is unnecessary and a dangerous practice.”

Dr Robert H Shmerling, a senior editor for Harvard Medical School’s Harvard Health Publishing further clarifies: “Among other things, cerumen is a natural moisturiser, preventing the skin inside the ear from becoming too dry; traps dirt and dust before they can reach deep into the canal; absorbs dead skin cells and debris; prevents bacteria and other infectious organisms from reaching the inner ear.”

That is not to say that there are no cases where earwax might need to be cleaned out due to various medical conditions that affect a minority of people. But even then, the use of cotton buds is still not recommended.

As per Shmerling’s advice, “[doctors] recommend over-the-counter ear drops that can soften earwax and allow it to exit the ear more easily (with gentle irrigation, such as during a shower). Or, a healthcare provider can look inside your ear and use instruments specifically designed to remove earwax.”

Nevertheless, even with all the research, documented risks, as well as warnings on labels, the use of cotton buds to clean the ear continues. A situation that hasn’t been helped by marketing messages from manufacturers. One particularly telling example of how some leading manufacturers approached the challenge of selling a product for a purpose it was unsuited to, is a Q-tips advert that came out a whole decade after research initially pointed out the risks of cleaning the ear with cotton buds.

In the 30-second spot, which aired in 1982, the beloved late comedienne, Betty White, punts Q-tips as “the safe swab”. Somewhat tongue-in-cheek, White says, “they feel nice and soft and safe when you use them on your eyes, or on your nose,” and while holding a Q-tips cotton bud against her ear, she continues, “or on your ea…” Just before she completes the sentence, she drops the cotton bud, gives a knowing smile, and continues, “or even when you drop them on your foot”. In that moment, a decade of warnings by medical professionals becomes a punchline, a knowing wink-wink.

While present-day manufacturers don’t exactly make a joke out of the risks associated with sticking cotton buds into your ears, some warnings on the labels of their products could arguably be misunderstood, misinterpreted, or altogether ignored by consumers.

This writer recently bought a pack of “Paper Stem Buds” from local retailer, Woolworths. The use recommendation on one side of the packaging clearly states them as being “ideal for make-up application and removal, as well as cleaning small areas”. On the other side of the pack, a warning reads: “Keep out of reach of children. When cleaning ears or nose, use gentle movements and take care not to insert the bud too deeply, as this can damage sensitive tissue. Do not insert into the ear canal.”

However, advising consumers not to insert the buds into the ear canal, while also advising them not to insert too deeply when cleaning ears, arguably lacks the conviction and clarity provided by the above-quoted papers and many more, which is to do the safest thing by keeping them away from your ears.

As Shmerling concludes in his Harvard Health Publishing article: “Perhaps it’s just too tempting or satisfying. Perhaps no one reads the labels of the products they use. Or maybe the myths about earwax are too ingrained to be easily dispelled by facts. Whatever the reasons, now you know to stop putting cotton-tipped swabs into your ears.” DM/ML

In case you missed it, also read The link between hearing loss and dementia

The link between hearing loss and dementia