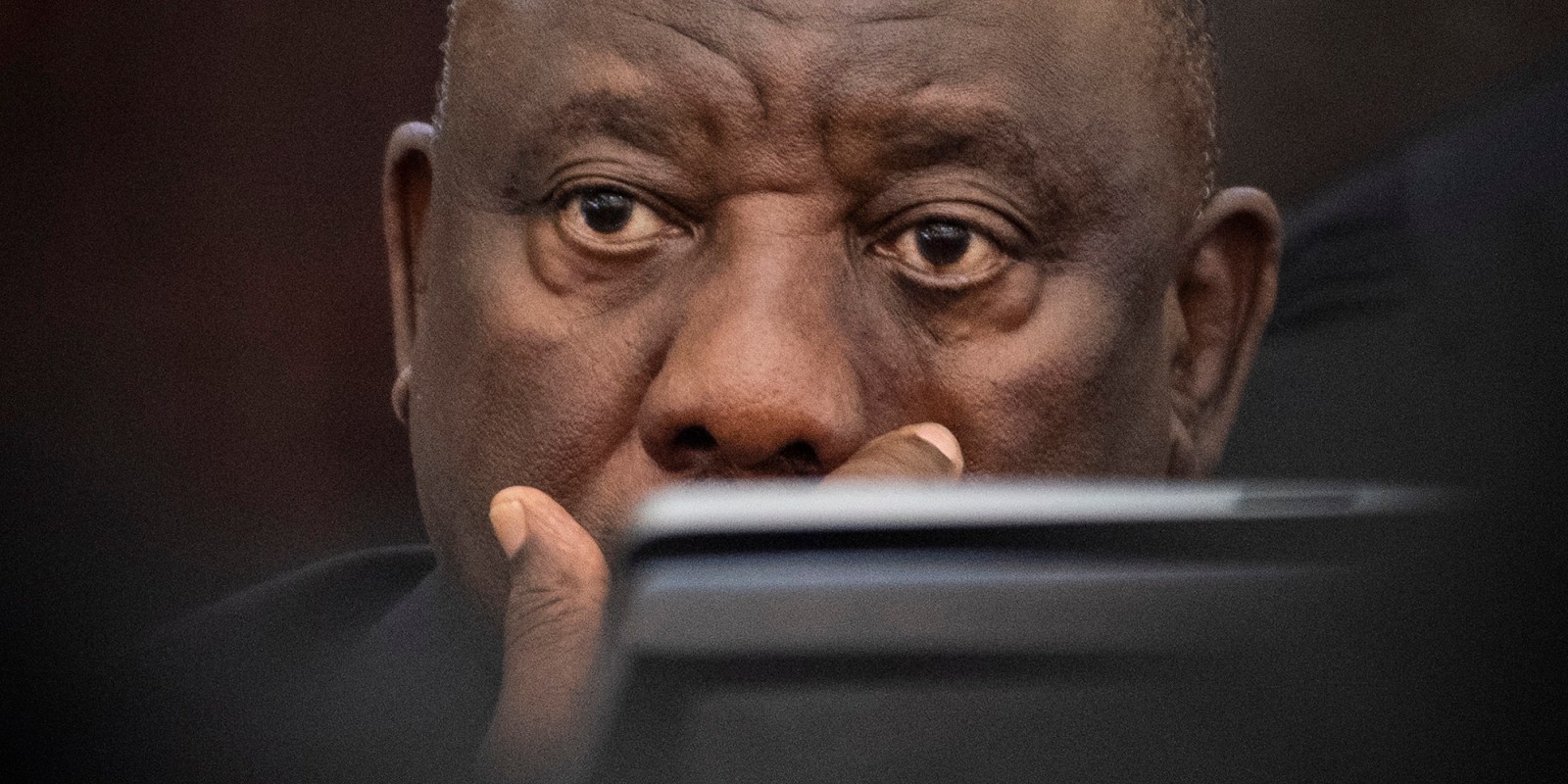 The 100-day deadline has long passed amid the spin that President Cyril Ramaphosa actually meant 100 ‘working days’ when he promised a new social compact in his State of the Nation Address. Now, that 100 working day deadline has also come and gone.

‘Maybe I gave them too short a time… There is a lot of pressure. One of the reason(s) one put it at 100 days was to exert pressure on key players — the country wants to move…” acknowledged President Cyril Ramaphosa at a briefing that followed his 10 June Presidency Budget Vote reply that was disrupted for more than three hours by the EFF over the presidential farm forex saga.

Challenges in the social compact negotiations at the National Economic Development and Labour Council (Nedlac) meant more time was needed. The 100 days expired on 21 May. The 100 working days clocked out on 16 June — Youth Day.

“Of course, all social partners have issues to be addressed,” said the President, who is briefed on the discussions he described as everyone “cracking on” to get to a social compact, even if not a holistic one.

According to the grapevine, no firm agreements have yet been reached in a series of discussions and bilaterals that unfolded over 100-plus working days.

But firm, detailed and timed agreements is what business and labour are looking for — it’s the lessons from previous governments’ pretty promises without delivery, or with much delayed delivery, cherry picking from agreed action plans and ministerial vanity projects.

Business wants to nail down important details, like what should happen when. No longer acceptable are those broad sweep gestures driven by tick-boxing announcements on key political calendar days like Sona or presidential Budget Vote debates.

Labour also is looking for definites to boost workers who, given the two million Covid-19-related job losses, now look after more family members in informal support networks than ever.

Amid grumblings for labour market flexibility, labour is dead set against relaxing collective bargaining and other rights. Instead, Cosatu, the governing ANC’s alliance partner, has called on government to stop corruption, wastage and State Capture.

Government has been fudgy. While the PowerPoint presentations may look good, little detail emerges and even less on timeframes. The tabling of a draft law or a White Paper, effectively government’s policy position, is deemed to be the achievement when it’s just a first step in a process to get to the end — be that a new water infrastructure system or working, efficient public transport.

Plans like the October 2019 Eskom Roadmap to unbundle into transmission, generation and distribution entities seem flexible and deadlines are out.

Yet social compacting with details and timelines has been done before.

The 2020 Nedlac framework agreement on Eskom set out detailed and time-sensitive action steps — 37 of them — to ensure energy security and sustainability.

But that detailed plan seems to have fallen by the wayside. And rolling power outages have hit South Africa in 2022 at a rate not seen in the two prior years.

This broad sweep social compact carried through to the Economic Recovery and Reconstruction Plan that Ramaphosa officially announced as South Africa’s economic design in mid-October 2020 at a joint sitting of Parliament.

From this social compacting, a handful of goals, if not details, emerged — from the 100MW self-generation licensing threshold, spectrum auction to free up broadband, infrastructure, a critical skills list, water infrastructure and investment.

Politically, these are keywords that pop up regularly in the political calendar, and in just about any presidential speech.

But the core targets remain a mixed bag; deadlines have come and gone.

Earlier in 2022, the spectrum auction was finally done. In June 2021, the self-generation licensing threshold was raised to 100MW, but projects struggle to get off the ground amid a lack of sequential regulatory changes.

Still missing is the required electricity regulation amendment legislation that must come to Parliament, as must the draft legislation for a new water infrastructure agency.

While a critical skills list has been published, the private health sector has sharply raised the missing key scarce skills professions such as nurses, both general and specialised.

The association has offered unused training capacity, but needed provincial and national health departments to come on board, alongside the professional regulatory institutions.

Not only do a series of government missteps signal governance botches, Cabinet is if not dysfunctional, then divided.

Finance Minister Enoch Godongwana’s maiden 2022 Budget hiked the so-called sugar levy, which was still a TBC in the sugarcane value master plan — the overhaul of South Africa’s economy by master plan for every sector is a Trade, Industry and Competition Minister Ebrahim Patel initiative. National Treasury then had to delay this increase.

And Eskom, reporting to Public Enterprises Minister Pravin Gordhan, seems reluctant to move more aggressively on the renewables front, even if it believes that’s key to mitigating rolling power cuts.

Some eight months after South Africa, on the sidelines of the Glasgow COP26, signed up for an $8.5-billion just transition financing with the EU, US, United Kingdom, Germany and France, nothing concrete has happened to help shift South Africa from coal to renewables while protecting mining and other communities.

On the social compacting front, Ramaphosa in his 9 June Budget Vote speech said work was proceeding “in earnest” to conclude negotiations.

“The discussions we are having with social partners are dealing with difficult issues that have wide-ranging implications for our economy. We are hoping to build a new consensus that pairs economic reform with measures to support employment and expand social protection…”

That would all change if it were to turn out the governing ANC government was looking to the social compact for political rhetoric mileage ahead of the 2024 elections. DM