Give me hope, Mzansi – we need a new vision to empower a bold reset of our country 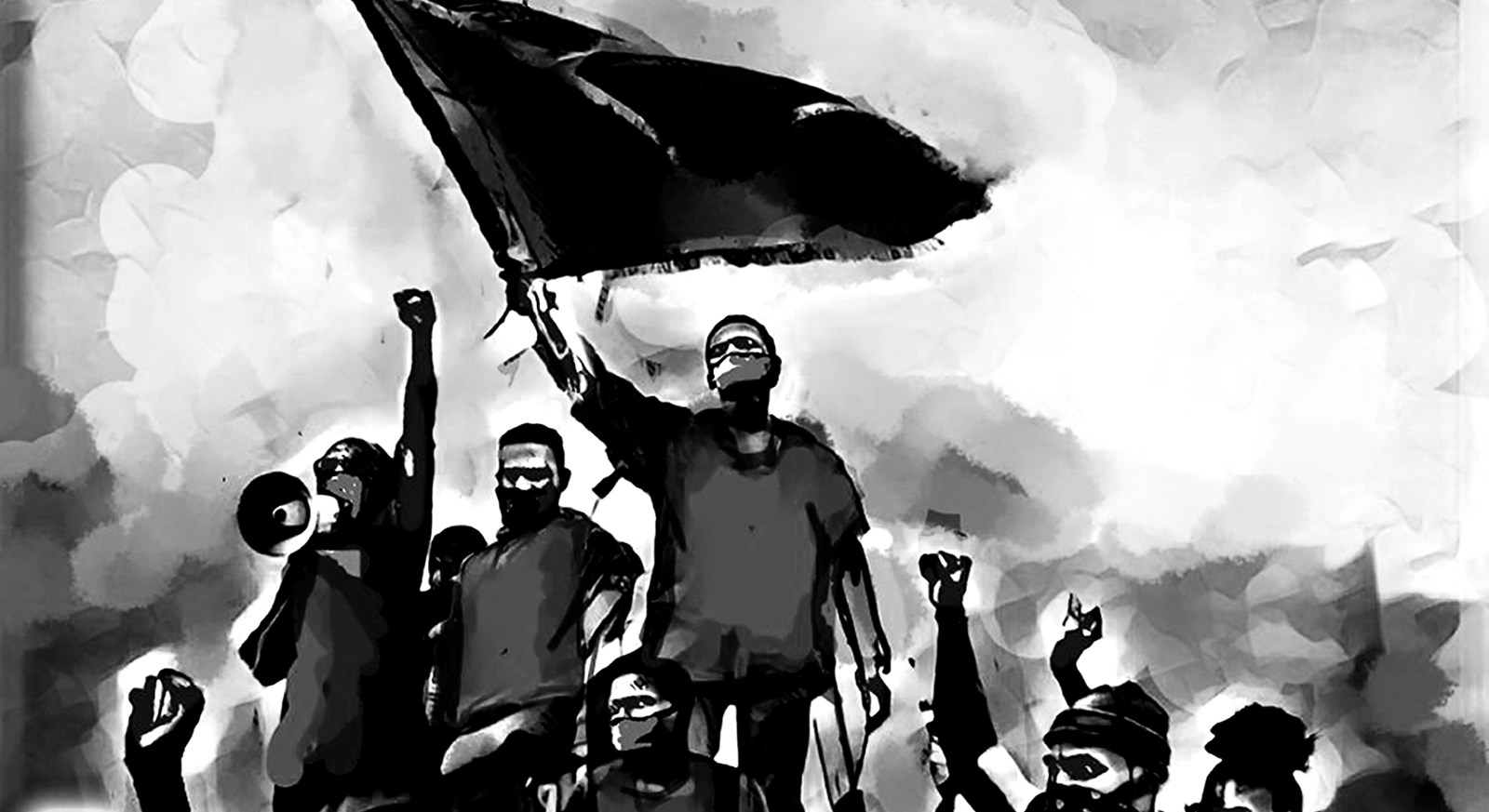 South Africa feels like a dark place at the moment, a country waiting to explode. (Photo: New Frame / Wikipedia)

‘Despair can come from deep grief, but it can also be a defence against the risks of bitter disappointment and shattering heartbreak. Resignation and cynicism are easier, more self-soothing postures that do not require the raw vulnerability and tragic risk of hope. To choose hope is to step firmly forward into the howling wind, baring one’s chest to the elements, knowing that, in time, the storm will pass.’ Archbishop Desmond Tutu

South Africa feels like a dark place at the moment, a country waiting to explode.

In many areas of human rights delivery and constitutional responsibility the government and the state are failing. Badly.

The most recent example is the delayed payment of promised R350 Social Relief of Distress grants to up to 10 million of South Africa’s poorest people. This is causing immense pain, as recorded by two of our community correspondents, Tshabalira Lebkeng in Diepkloof, Soweto and Israel Nkuna in Mahlathi Village in Limpopo.

Some days it seems a matter of when, not if, we will have a recurrence of the deadly destructive riots of July 2021.

But instead of addressing these issues, we see government leaders who are members of the ANC at war (literally) with each other rather than with poverty; we see them positioning themselves at their conferences to hold onto a state power that they have proved incapable of wielding for the public good. Unfortunately, this is going to be a news story for the rest of the year.

Whatever the source and full truth behind the so-called Farmgate scandal, it has broken what little trust there was left. Shorn of gravitas, Cyril Ramaphosa appears as a grubby President, who stashes huge amounts of cash in his couch, while beyond the fences of his luxury farm “his” people starve. Literally.

As people like Songezo Zibi are pointing out in his recent book, Manifesto: “South Africa is broken. It needs a fundamental reset.” Like millions of others, Zibi has crossed a Rubicon when he says: “I have no expectations that this reset is going to be driven by the ANC… This reset demands the dismantling of much of the post-1994 elite consensus, in which reform means tweaks to a system that is otherwise dysfunctional.”

As a salutary warning to activists who continue to make demands of the ANC for the realisation of socioeconomic rights, he adds a page later: “The ANC could not deliver wide socioeconomic benefits with almost R1-trillion public spending room, so anyone who believes it can deliver when its government is bankrupt needs to re-examine their relationship with reality.”

But it’s worse than that. The problem is not limited to the ANC. The behaviour and barrenness of opposition parties tell us strongly that there is no government in waiting, no one ready to govern.

This is a song of hope

If you are an activist (and solutions journalist) like me you may be succumbing to depression, despairing at the accumulation of pain, fearful of the collapse of the rule of law, and asking yourself where is the hope in all of this?

You can be forgiven for these feelings. And yet we should not lose hope.

It will soon be six months since the death of Archbishop Desmond Tutu on 26 December 2021. At the time of his death what was most celebrated was his compassion, his belief in social justice and how he had pursued this belief in the best of times and the worst of times. But once the crocodile tears of the elite politicians had been shed, what Tutu really stood for was quickly forgotten.

But it’s worth returning to some of the things the Arch said to guide and galvanise ourselves during the difficult months that lie ahead. In a week of conversations with the Dalai Lama (captured in The Book of Joy, necessary reading at this moment of peril, I would suggest) Tutu was at pains to point out that what we see in the news is not the truth about society as a whole:

“We’ve always got to be recognising that despite the aberrations, the fundamental thing about humanity, about humankind, about people, is that they are good, they were made good, and they really want to be good.

Although their work rarely gets reported as news, in every community, on every issue, there are activists, who organise for the public good. Many may not even describe themselves as “social justice activists”; they may not be part of a civil society organisation or campaign; but whether they work on sport, education, food, safety, homelessness, drugs or gender-based violence, that’s what they are.

Young people are organising. People in rural communities like Senekal/Matwabeng are reorganising after the eruption of racist violence there in 2020. New compacts are being forged below. Last week, activists even opened a new drop-in centre for homeless people who live at Alberts Farm in Johannesburg.

I could go on and fill pages with the newsworthy efforts of activists.

Read more: “Young people are ready to share responsibility for a better future… are you?”

Yes, it’s early days, but a reminder of what’s possible if, as Zibi says, “we adopt a different mindset – a belief that we are the future we have been waiting for the ANC to deliver”.

So, activists, know you are far from alone. And far from powerless against the elite violence on your lives, be it through poverty or the barrel of a gun.

However, now more than ever, South Africa needs activism to be taken to scale by a hopeful vision that transmits electricity, identity and self-belief throughout this invisible network; that unleashes its latent power. That makes people realise they are part of a collective. That they outnumber the political criminals. That resists incitement to wanton destruction or xenophobia.

In this context, hope is not needed to make people complacent, it is needed to empower activism. It is an active and activist state of being.

In this context, we hope that in the coming months a group of people in South Africa will stand up and point out a path to a new politics. This group needs to be made up of people across generations, races and genders. It needs to represent what is good in our society, not what is bad. Their job is not to be our leaders but to help catalyse and empower the leaders within each of us.

It needs to be made up of people who will put aside their artificial categorisations, faux ideologies and the calcified interests they think they are meant to defend – be they from civil society, business, the trade unions, even the government – and instead genuinely advance a set of values, ideas and actions that are in the public interest.

To be believable the “reset” must be bold; utopian but possible.

In a world at war new ways of doing are justifiable and urgent. Above all we need work to begin on a forward-looking and feasible plan, that is based on realising values and human rights.

Part of this plan needs to start to prepare now for the 2024 elections by beginning a massive process of voter education and engagement that covers the breadth of this land; so that when elections come in 2024 there is real accountability, independent alternatives to political parties, and the stranglehold of the existing political elite – all of them – is broken.

It’s time to accept that there are only gradations of bad in whoever wins the ANC’s faction fights. That’s not our battle.