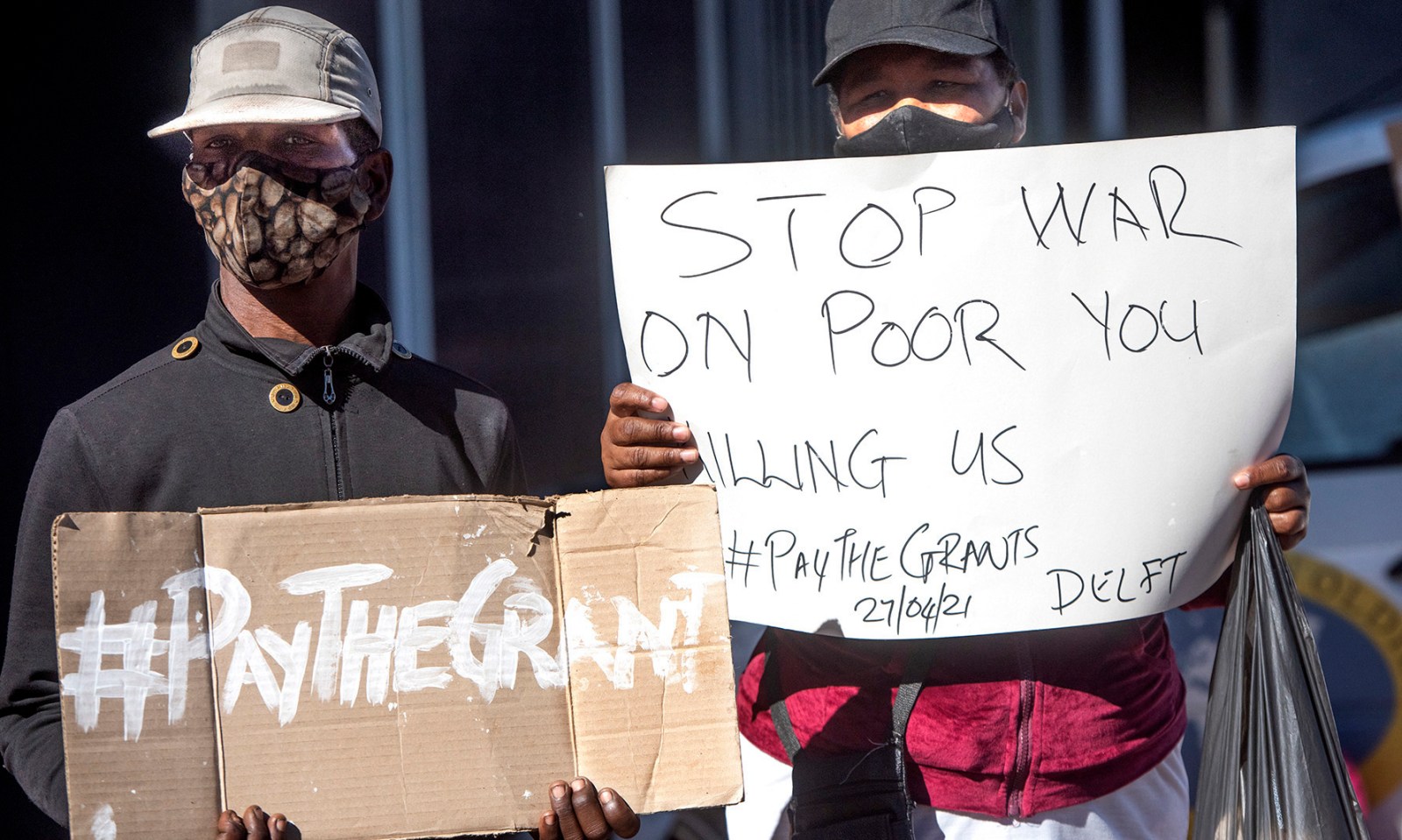 Last week President Cyril Ramaphosa announced that back payments of SRD grants would be paid as of mid-June. However, the South African Social Security Agency now says it will only be making back payments from August to November last year.

On Youth Day, Institute of Economic Justice (IEJ) co-founder and director Neil Coleman revealed that Social Relief of Distress grant beneficiaries will not receive their April and May 2022 grants this week as stated by the President and the South African Social Security Agency (Sassa).

Maverick Citizen, has been reporting since last week that civil society organisations #PayTheGrants, Amandla.mobi, Black Sash, the IEJ and the Social Policy Initiative have raised the alarm that millions of poor people had not received their SRD grants for the months of April and May, which was causing massive mental health strain and financial anguish.

“Payments for the new cycle of the Covid-19 SRD grant (from April 2022) will be paid as from mid-June 2022. Sassa will continue clearing outstanding payments from the previous cycle as and when the bank details are confirmed,” read a statement released by Sassa released on Monday.

In a further announcement released on Wednesday, which appears to back-track from Monday’s statement, Sassa said “everyone who applied for the reconsideration from August to November 2021 who was approved will receive their money. So far Sassa has paid close to 321,819 clients and their money will reflect on the 15th of June 2022. The pay clients are specifically for the period of August 2021 … we apologise for any inconvenience this delay might have caused and would like to assure the public that we are working tirelessly to ensure that the backlog is dealt with and everyone approved is paid”.

Though no specific mention was made of the back payments for April and May 2022, Sassa apologised for the inconvenience.

Coleman said that according to a senior source at Sassa, back payments for the months of April and May would not be made in June but were likely to only be made in July — adding a fourth month of misery for over 8 million poor people waiting to receive their April grants and, for over 10 million beneficiaries, a third month to receive their May grants.

Coleman told Maverick Citizen, “It seems to be related to an inability to process applications rapidly enough through the new system. That’s why I have proposed:

Coleman commented on 16 June: “On #YouthDay2022 we should remember that a large portion of SRD grant applicants is young: Around 44% or 4.639 million of the 10.6 million applicants in May 2022 were youth under the age of 30. This is a result of government not having put the necessary systems in place before they changed the regulations. Now poor people are having to pay the price for this failure. This is unacceptable.” said Coleman.

Responding to the state’s failure to pay SRD grants for two months, President Cyril Ramaphosa said after his Budget Vote speech last week: “I have now been given a report that they are going to start paying next week and they will be backdating because our people have been relying on this.”

When asked for comment this week, presidency spokesperson Vincent Magwenya responded “The President’s undertaking was based on information provided by the DSD”.

Maverick Citizen had not received a response for comment from Sassa spokesperson Paseka Letsatsi at the time of publishing. DM/MC