Songezo Zibi says he will run for president as he table...

Songezo Zibi says he will run for president as he tables a manifesto for a new society; more will follow 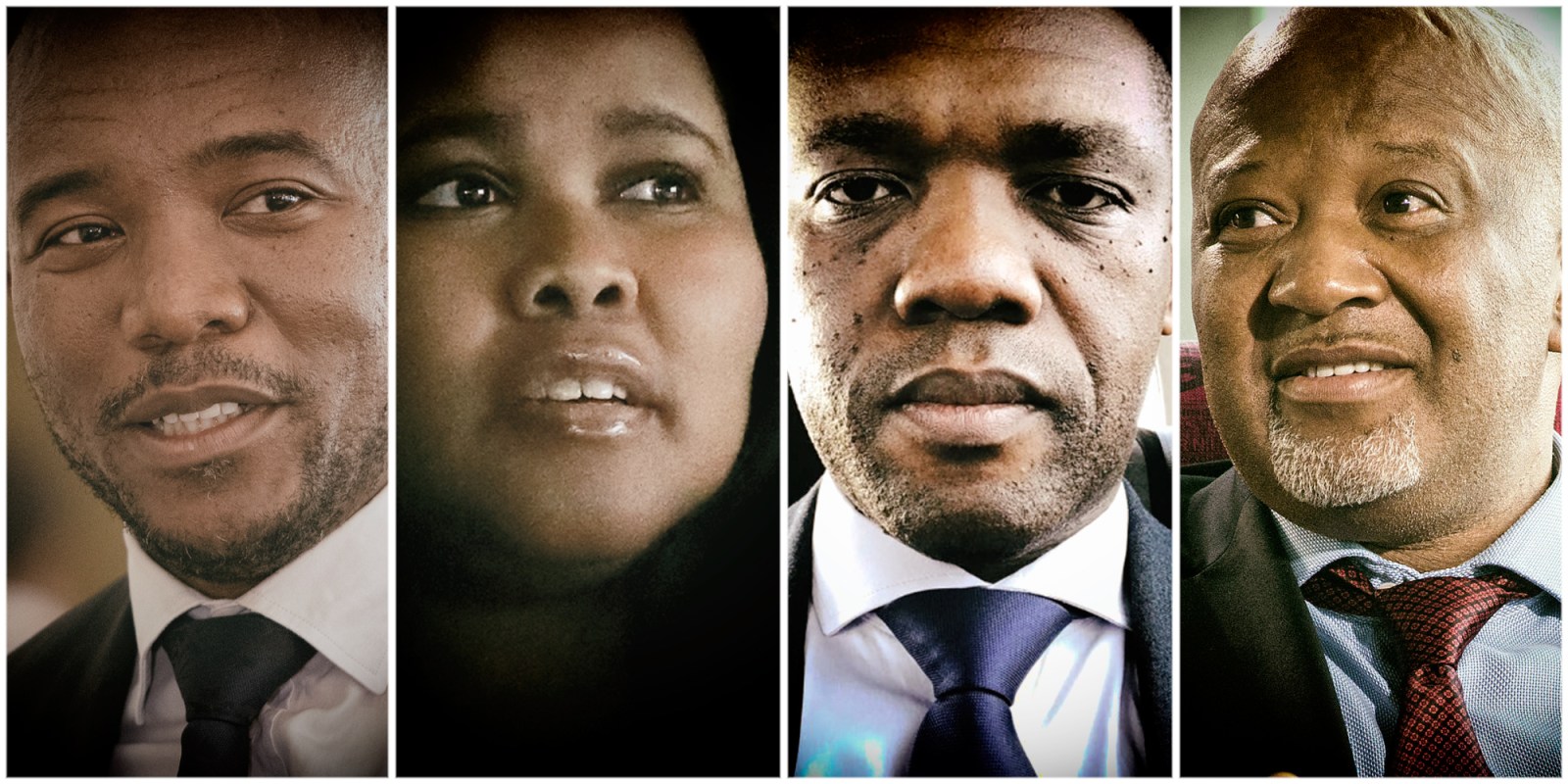 Everywhere across the land, there are sparks of new politics as the ANC reaches its end-of-life date.

The former Business Day editor, corporate executive and now public intellectual, Songezo Zibi, has put up his hand to be a future President of South Africa. In Zibi’s new book, Manifesto, he writes:

“I am prepared to lead, for I know there will be no anointed Messiah at any point in the future. This includes running for president.”

Zibi has started a movement among professionals called The Rivonia Circle to reimagine South Africa. His book is an outcome of months of dialogues and workshops with this widening circle, making it a manifesto for a future election.

In another movement, the former leader of the opposition in Parliament, Lindiwe Mazibuko, is doing similar work.

Her organisation, Futurelect, is training young people across the southern African region as future political leaders and for senior roles in government.

Zibi is already a totemic figure among South African professionals. He is now supported by a team that includes some of the most influential people in South Africa’s business and civil society sectors, making his a serious run.

He writes in Manifesto: “South Africa is broken. It needs a fundamental reset. Let me be clear. I have no expectation that this reset is going to be driven by the ANC. None of us should be so naïve.

“This reset requires the dismantling of much of the post-1994 elite consensus, in which reform means tweaks by the ANC to a system that is otherwise dysfunctional.

“It is essential not to be confused by the false promises of ANC factions for change. None of the ANC factions has any meaningful understanding of the workings of modern government, economic and social policy planning.

“They would have used their unassailable majority in Parliament to change or evolve. They are too distracted and incompetent to deliver,” the book argues.

Zibi has held senior positions in the financial and mining sectors, operating at the coalface of government for years, so he knows what he is talking about. He was an influential editor, but left when the owners of Business Day at the time infringed on his editorial independence.

Another political leader who may put up his hand to lead is former deputy finance minister Mcebisi Jonas. He has edited a volume of policy and governance choices that he and his co-authors believe South Africa needs to make.

Jonathan Oppenheimer funds the foundation, although the book is more social-democratic than extractive-capitalist in its outlook. The Oppenheimers have always invested in South Africa’s future because they built their substantial fortune on the country’s gold and then monopolised its rapid industrialisation.

In a webinar with Daily Maverick, Jonas said South Africa could no longer be held hostage by the ANC’s factional politics. Jonas is from the ANC and remains an investment envoy to President Cyril Ramaphosa, but he is a straight shooter about stalled reform.

He was one of the first whistle-blowers on the Gupta corruption network. The family offered him the job of finance minister — just before former president Jacob Zuma fired Nhlanhla Nene in 2015 — in return for a bribe of R600,000 on the spot and R600-million over time. He said no and blew the whistle, which was the beginning of the end of the family’s foray.

But Jonas appears to have realised the ANC is at a dead end, and he may be right.

Scenarios, polls and analysts all show the 110-year-old party is at the end-of-life stage. Scenarios developed by the Institute for Security Studies and the Inclusive Society Institute suggest that Ramaphosa will get a second term as ANC and national president.

However, after 2024, he will likely run the country as head of a coalition government.

New leaders putting up their hands

Zibi leads the pack of a new generation of leaders putting up their hands.

In his book, he calls on professionals younger than 50 to take up the mantle of leadership. This is a counterpoint to the ANC’s older leadership corps, which has failed to modernise South Africa and its economy. South Africa is also a very young country.

“Our country should not be in this position (of ruin). It has a professional class, which, under normal circumstances, should be giving all major political parties the leadership, analytical, policy-making and bureaucratic depth they need to either govern effectively or to produce meaningful political contestation.

“No country has succeeded without drawing on the skills, education and drive of its professional class. These are the people the country has educated in science, finance and the humanities to understand the ways of the world better and develop the ideas that will build wealth and prosperity. They are the engine of business, civil society and politics.

“South Africa’s political class is itself the cause of disappointment. While many professionals participate in politics, most appear to have accepted the position of ‘bit players’ in national life,” writes Zibi.

His book is a clarion call to his fellow travellers in the professional strata to come out and seek a leading role in national life. Zibi writes that this is a generational mission, meaning that he is unlikely to contest for political power until electoral laws are amended to end the stranglehold of political parties on presidential, national and provincial control.

That day is not far away. Last week, the Constitutional Court gave the government until December 2022 to pass an electoral amendment law that will allow individuals to run for provincial and national seats.

At Futurelect, called the aPolitical Academy until recently, Lindiwe Mazibuko is running programmes across southern Africa training leaders for positions in government and to arm those with the desire to run for office with the skills to do so. Her experience leading the opposition DA in Parliament has positioned her well.

She will likely take a stab at running for the presidency if the laws are changed to allow for direct election.

So could Mmusi Maimane, who fell out with the DA and is now working with independent candidates.

Within the DA, Cape Town’s new mayor Geordin Hill-Lewis earned favourable reviews from previously unthinkable corners and appears to have perfected the role of a modern-day politician.

DA policy chief Gwen Ngwenya would also make a compelling leadership candidate, and its new young mayors like Mpho Phalatse in Johannesburg and Chris Pappas in uMngeni in KwaZulu-Natal are beacons of new leadership.

Moving in a different ideological direction, Action SA’s Herman Mashaba gave up a council seat in Johannesburg to build party structures across the country, and he is steadily doing so.

In the Central Karoo district, Patriotic Alliance mayor Gayton McKenzie is delivering on his promises with new public jobs, manufacturing plants, better roads and a grand sanitation plan to get toilets to his constituents in less than 100 days in office. He seems to be enjoying his role so much that he has stopped the anti-migrant campaign in which he and party cadres started raiding spazas owned by migrants.

The EFF’s Julius Malema has always made it clear he wants to occupy the Union Buildings. Still, he occupies a position the opposite of candidates like Zibi and the others who are positioned across the social-democratic spectrum.

The ANC is still South Africa’s largest and most influential political party. But it no longer controls four key capital cities.

Senior ANC leaders often warn its warring rank and file members that it can lose more critical levers unless it “renews” itself. The mantra of “renewal” is code to tackle corruption sapping the future from under the oldest liberation movement on the continent.

The new winds of change are starting to reshape South Africa’s political horizons, and it appears that there is no shortage of ideas and enthusiasm. DM