Does journalism have a place in contemporary society? This is what young reporters have to say 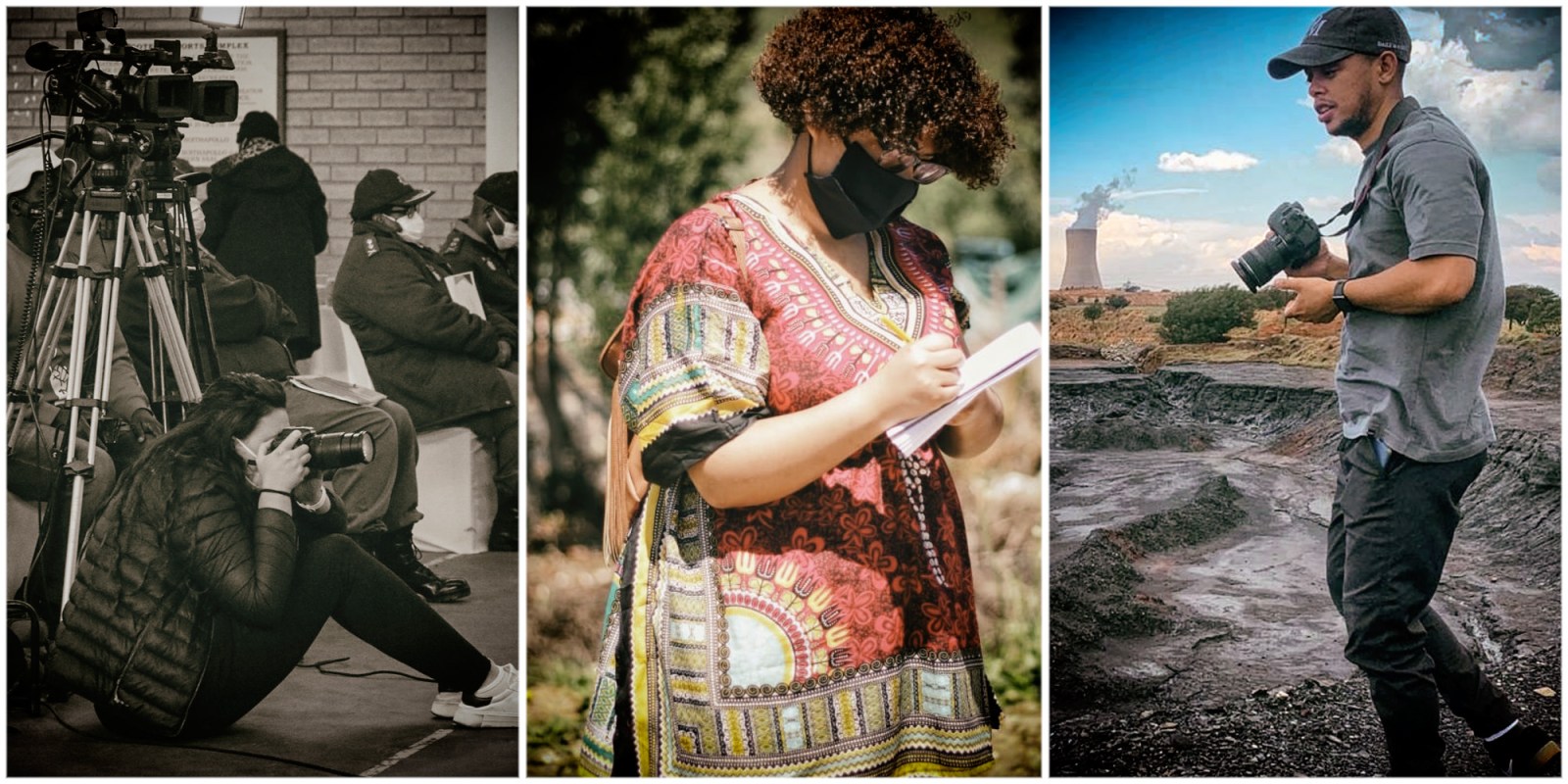 Behind the keyboard — who the young mavericks are and what they think about being a journalist in a time when there has never been such free access to information.

‘Real journalism is dead in this country.”

This is what people my age say when I tell them I’m a journalist.

With the explosion of the internet and social media, information has never been easier for the public to access — but with this oversaturation of information has come a shift in public opinion and a growing disinterest in traditional journalism.

But what do young and aspiring journalists have to say?

Does journalism still have a place today?

Suné Payne, who has been a reporter at Daily Maverick for more than four years, said, “Journalism still and will always have a place in society — it’s in the medium that the messages get across. Times have changed and people consume different forms of media to make them knowledgeable, whether through radio, newspapers, television or online.

“Interestingly enough, I find myself finding more and more news from people my own age on sites such TikTok, where traditional forms of news are just being reproduced in a different and more accessible way to people in my age group.”

Ethan van Diemen, who has been in the industry for nearly five years and has worked for Daily Maverick’s climate reporting unit, Our Burning Planet, for more than a year, believes journalism still has a place today.

“We have to distinguish between news and information,” said Van Diemen.

“There is a lot of information available to people from a range of sources, but I think journalism goes through the rigours of checking facts and using more than one source. And I think the formality of that process of journalism distinguishes news from just general information.

“Just because people are disinterested, doesn’t mean that the news is less important. It just means we have to do better journalism, and explain to people why this is important and why they should know this information and news.

“All it means to me is that we have to find ways to adapt… how we tell the news and how we practise journalism to reach an audience that engages with the media differently.

“I think it means that we have to change — not that journalism is irrelevant,” said Van Diemen.

Thought from the journalists of tomorrow

William Brederode, studying journalism at Stellenbosch University, said, “I do think journalism has a role in contemporary society. But I probably don’t agree with this sort of hard distinction between journalism and social media.”

Brederode thinks journalism is increasingly going to provide a role in creating structure in democratised spaces where information is free to publish.

Brederode said perhaps the “hard news” style might be difficult to sustain, but that longer form, analysis type of journalism will become increasingly important — to help sift through and analyse the wealth of knowledge that comes in.

Brederode’s peer, Na’ilah Ebrahim, agrees, saying she doesn’t think journalism will go out of style because the skills of putting things into layman’s terms so the public can understand, and analysing the huge amount of information we are bombarded with, are still needed.

“I think that journalism as a skill will continue to be relevant,” said Ebrahim.

Ebrahim highlighted that, unlike social media where people don’t subscribe to an ethics code, news publications must follow a press code of ethics and conduct (if they are part of the South African Press Council), which demands accuracy, truth and credibility.

The Press Ombudsman states that journalists must “maintain credibility and keep the trust of the public… striving for truth, avoiding unnecessary harm, reflecting a multiplicity of voices…”

Ebrahim agrees that social media and traditional journalism may merge.

Alex Short, studying Media and Writing at the University of Cape Town, said: “I disagree that mainstream journalism doesn’t have a place. I think it does… it’s just a different place to what it was before.”

Short said that in the past, mainstream journalism has been the dominant place where the conversations are held — apart from small talk among family and friends.

“But with the younger generation and their use of social media, it’s different. Mainstream journalism still provides the stories and information, but the conversation is on social media where it’s more accessible and spreads faster.

“People still rely on the articles and information from the reporters, but it’s woven into the larger discussion that happens elsewhere rather than being the centre.”

The value of journalism in the SA context

South African journalism comes from a history of censorship and government control. But, with the birth of democracy, the 1995 Constitution protected freedom of the press, allowing journalists to fulfil their role of being watchdogs for the public, with no shortage of published criticism of the government.

Payne, who studied journalism between 2015 and 2017 when the #FeesMustFall civil protests took place, said, “Without journalism, we won’t have a society that is as active as it is now — we need to tell people’s stories of South Africa — from Sandton to Khayelitsha and to De Aar in order for us to understand not only each other as residents of South Africa, but also how we see ourselves and the communities we find ourselves in.”

Brederode said, “Some journalists [will say] the role of journalists is as watchdogs in society… or as analysts, but I think that question resists any single formulation.

“I think the reason why journalists are important is because of the stories… the ideas people have about the world shape the world in a real way.”

Brederode added that journalism has an important role in providing a dissenting voice.

“Not just accepting a press release for what it says. But asking, what has been omitted here? What should we be reading about that we’re not reading about, and then filling that gap.”

Ebrahim said considering South Africa’s sociopolitical context and corruption, the public has a high level of scepticism and distrust of public officials and government, so they rely on journalists to unveil the truth.

“We are at a time, and we’ve been at a time, where we turn to journalists to uncover the truth,” said Ebrahim

Ebrahim said that along with providing the truth and being watchdogs, journalism plays a vital role in giving a platform to communities on the ground.

“I think a lot of people still turn to journalists to highlight various issues in communities and present it to those in power,” she said, citing the example of ongoing gang violence on the Cape Flats.

As for me (author of this piece and junior journalist at Daily Maverick), I wanted to speak to my peers and write this article because whenever I express an interest in pursuing journalism, it is often met with raised eyebrows, cynicism and warnings.

But, as my present and future colleagues have illustrated, from my (albeit short) time in the profession, I’ve come to realise that this is the most important thing I’ve ever done, and probably will ever do. DM