FROM THE WITNESS BOX

Senzo Meyiwa murder: Is this a case of police incompetence? Experts weigh in 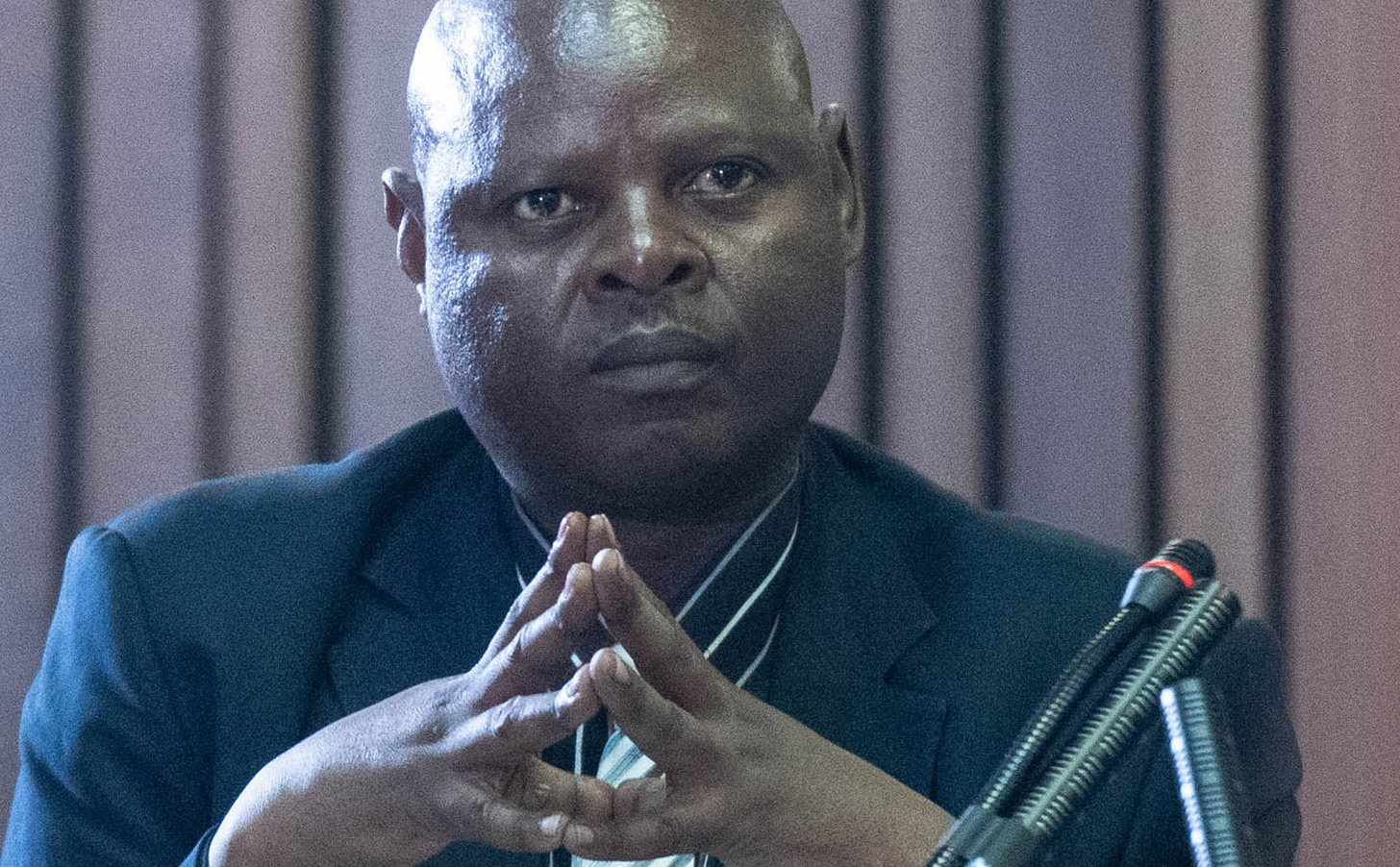 The forensic detective in the Senzo Meyiwa murder trial, Thabo Mosia, has come under fire. We looked at what was done – and not done – at the murder scene, and asked forensic experts for their take.

Forensic detective Thabo Mosia has been on the witness stand for three weeks in the Senzo Meyiwa murder trial. The Bafana Bafana and Orlando Pirates captain was murdered in Vosloorus on 26 October 2014.

He was with friends Tumelo Madlala and Mthokozisi Thwala, his girlfriend Kelly Khumalo and her family, Gladness Khumalo, Zandi Khumalo and Zandi’s boyfriend, Longwe Twala.

In October 2020, Fisokuhle Ntuli, Muzikawukhulelwa Sibiya, Bongani Sandiso Ntanzi, Mthobisi Prince Mncube and Mthokoziseni Maphisa were arrested and charged with murder, attempted murder, armed robbery, possession of firearms without a licence and possession of ammunition. All have pleaded not guilty.

Eight years after Meyiwa’s death, Mosia stood in the witness box at the Pretoria High Court and was being cross-examined on what he did when he arrived at the crime scene on Sunday, 26 October 2014.

So far, Mosia has told the court:

When the defence counsel asked Mosia why he didn’t do these things he said it either wasn’t his job or he didn’t deem it necessary to do so. So, what exactly is necessary for a forensic investigator to do when they arrive at a crime scene?

Mosia told the Pretoria High Court he didn’t take gunshot residue tests from the people who were in the house when the alleged robbery occurred because he didn’t consider them to be suspects.

Everybody is a suspect

“If there is a shooting then everybody should be treated as a suspect until they’ve been cleared,” said Kevin McDonald, a forensic consultant.

Laurie Pieters-James, a forensic criminologist, said gunshot residue tests should have been done on the people who were in the house in order to rule them out.

“But that is… done at the forensic investigator’s discretion. I would’ve also taken their clothes because blood doesn’t just splatter on the wall,” Pieters-James told DM168.

When Mosia was asked why he didn’t take any DNA samples from the handle of the door that the robbers allegedly came through, he said it was because it had already been touched by a lot of people.

Pieters-James agreed that a door handle being touched by many people could be a reason to not take DNA samples from it.

Another reason could be “if the door handle is made from wood, [because] then it’s also difficult to lift a fingerprint because wood is a porous material”.

It isn’t clear what kind of material the door handle at the Khumalo home is made of.

Neither did Mosia trace the Samsung S4 that was allegedly stolen. He told the court this was because “my brief was to secure the scene. I was working with a detective and he should have ensured it was traced.”

‘Could have been somebody else’s job’

“This may be the case because when you work with forensics there are different departments. Firearms go to the ballistics department, the body goes to pathology. They would then send their reports to the investigating officer… So it could have been somebody else’s job to follow up on the phone,” said Pieters-James.

Mosia, who arrived at the crime scene at 11.55pm – almost four hours after the murder – said he allowed everyone to stay at the house because it was late at night and there were children present.

A catalogue of incompetence

As to how common it is to allow people to stay at a crime scene, forensic expert David Klatzow said: “It’s common with incompetent police. You have to preserve [the crime scene] as close as possible.”

On 7 June, advocate Zandile Mshololo, who is representing Ntuli, grilled Mosia on his qualifications. Mosia said he completed his BTech in forensic investigations in 2019 – five years after Meyiwa’s murder.

Mosia told the court that when he attended the crime scene in 2014, he had done several advanced crime courses offered by the SAPS, dating back to 2008.

The qualification is crucial

McDonald said that having a forensic science qualification was crucial. “If you look at what happens with evidence being misplaced or cases [getting] thrown out because the evidence wasn’t collected properly, it’s because people don’t understand the forensic investigation processes properly.” DM168