THE TAPS ARE DRY 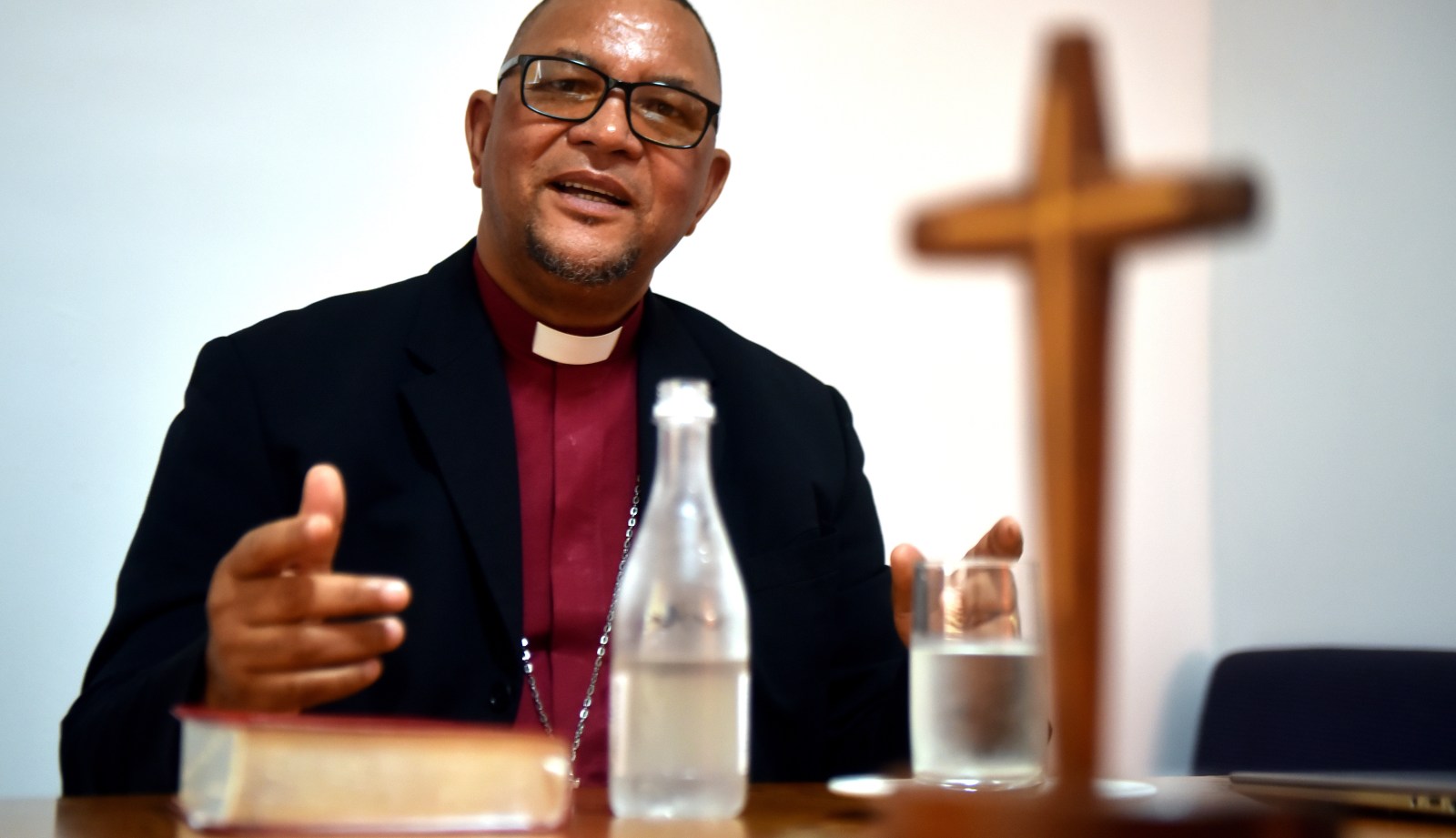 Bishop Jacob Freemantle says water a is a 'symbol of the spirit of God'. (Photo: Deon Ferreira)

As the coalition metro is plagued by political infighting, a Methodist bishop is calling for residents and leaders to come together to face the water emergency.

With Nelson Mandela Bay facing an unprecedented crisis as extremely low dam levels threaten water supply to large parts of the city, Bishop Jacob Freemantle, the Methodist bishop for the city, has called for a water summit.

The metro’s political precariousness was highlighted by a recent row in a curry restaurant in Gqeberha that resulted in mayor Eugene Johnson firing Siyanda Manyana, a political consultant from GOOD, one of the political parties in the unstable coalition that is in charge of the city.

Video footage shows Manyana and councillor Lawrence Troon in an ugly shouting match in the popular restaurant, Royal Delhi, over the appointment of the city manager.

Because of the low water levels, the emergency barge (a floating pump station) at Impofu Dam had to be decommissioned on Thursday, 9 June.

The municipality said levels at the city’s second-largest dam were so low that the pumps could suck up mud and sludge. This left parts of the metro without water.

On Thursday, Impofu Dam had six days of water left and the Churchill Dam had 11.

The dam basin was being assessed to determine a suitable spot that is deeper so the barge can be moved to continue the safe abstraction of water, the municipality said.

Freemantle called for an urgent water summit involving everyone in the city to address the crisis.

“First of all, water is a natural resource. A God-given gift. It is very important because it is basic to human life [but is] taken for granted by political leaders. It has never come to the fore as it has now.

“There has never been a policy for the development of water. We have the ministers who control the dams and go all over the show,” Freemantle said.

This city is not only deteriorating with regards to water. It is deteriorating in the way people are governed. People are just thinking of themselves.

If you “dig deep” to find a policy for water conservation, “you will find that there is nothing but an intention to keep what is already there”.

“There is no policy for consumption – except now to limit people’s usage. But it has never been there before. The policies are flimsy. They do not speak to the importance of water. There has never been a strategy. That speaks to the political structure more than anything.”

Freemantle said: “As a theologian, I first want to say that water is a gift from God. It is a symbol of the spirit of God.

Read in Daily Maverick: “The Politics: Bickering continues in Nelson Mandela Bay as taps are set to run dry”

“The time has come for us to be revolutionary. If there was ever a time [to be] revolutionary – uniting leaders and communities and speaking in one voice and facing this crisis – this is the time.

“As a priest, I am calling for a summit to discuss this. Our ward councillors totally failed us. The taps have already run dry. About 500 households already have no water.

“It is not talking about talks. This is the time to do. We must come up with plans,” Freemantle said.

He said everyone – including politicians, the business sector and residents – will all be welcome at the summit.

“We have not been properly governed,” he added.

He said municipalities must come to the churches to talk about the water.

“We have opened the churches to them. Of course we are praying, but we need this to be followed by action rather than passive prayer alone.

“The politicians are busy with political bickering. Fighting in courts. In and out. Using the money of the citizens without any consideration. It is hurtful.

“They must humble themselves and call that summit,” he said.

“Call the summit. Of all the people. Stop the bickering. Fix the ailing infrastructure. Fix the rotten pipes.

“This city is not only deteriorating with regards to water. It is deteriorating in the way people are governed. People are just thinking of themselves.

“The emptiness of the dams is a structural leadership problem. You could see this coming. It speaks to the way the budget was used. The carelessness. The way the fixing of the pipes [was] delayed.

“We must learn to prioritise human needs,” Freemantle added.

“Stop playing political games. Get into the governance of the city. We don’t want to take advantage as leaders of the churches. But we are justified in saying, ‘We told you so’,” the bishop said.

“The politicians must respect us – the people who voted for you.

“Voter apathy is because people are being disrespected.

“I am not throwing stones. I am saying call the summit. Let’s rescue this metro. This is not a whipping exercise. It is saying, let’s cry together. We will cry to God.” DM168