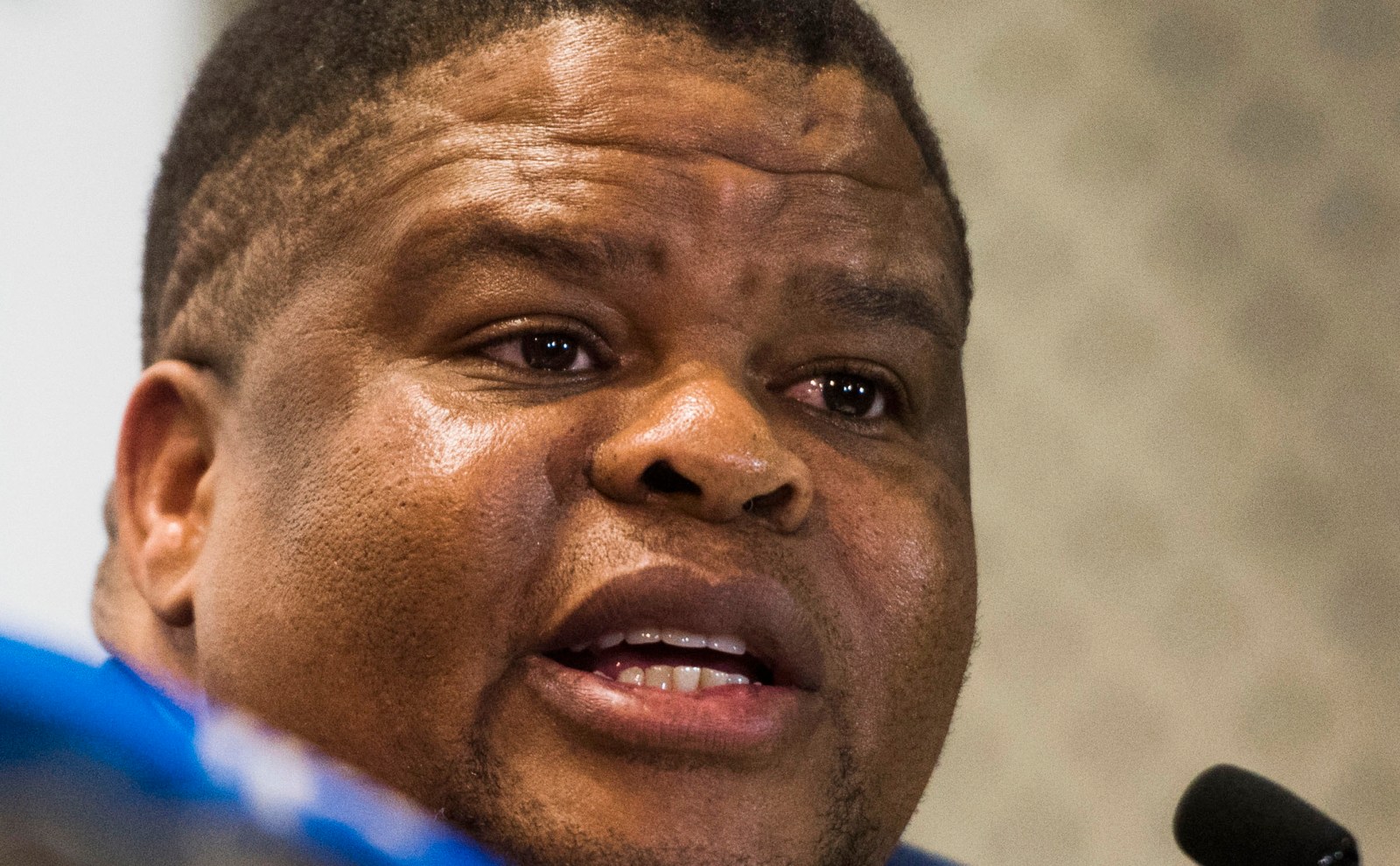 David Mahlobo was intelligence minister while Arthur Fraser headed up the State Security Agency in Jacob Zuma’s Cabinet. One of the former president’s staunchest and most crucial allies, on Thursday morning he appeared to be in Cyril Ramaphosa’s corner.

Former intelligence minister David Mahlobo has expressed concern about the way former spy boss Arthur Fraser has gone about revealing details of a robbery at President Cyril Ramaphosa’s Limpopo farm. He also admitted that the run-up to the ANC’s elective conference in December will constitute “a very difficult year”.

Mahlobo, who was intelligence minister from 2014 to 2017 while Fraser headed the State Security Agency from 2016 to 2018, told Daily Maverick that Fraser’s behaviour “is a little bit worrying”.

Mahlobo, now deputy minister of sanitation and water, addressed a press conference on the ANC’s policy discussion documents on Thursday morning at Luthuli House, as head of the party’s peace and security subcommittee.

The documents will be used as the basis for the party’s policy conference, which is expected to take place at the end of next month.

Fraser laid charges with the police against Ramaphosa last week, alleging the President covered up a crime because he allegedly didn’t report the theft of what he claimed was about $4-million from his Phala Phala game farm in February 2020.

Fraser further alleged that Ramaphosa gave orders for witnesses to be silenced and paid off.

It appears the ANC is expecting further explosive allegations against Ramaphosa to surface before December.

“It’s going to be a very difficult year,” Mahlobo said. “Many things could be thrown in but I’m very happy that our president quickly responded and processes are being undertaken, and I think over time the noise will subside and then we will see what we are dealing with.”

Although Ramaphosa admitted there had been a robbery at his farm, he said the amount Fraser mentioned was overstated. The President also denied not having reported the robbery, and said he did not take part in any criminal activity.

Mahlobo was once one of former president Jacob Zuma’s staunchest and most crucial allies in government, but unlike a number of other former Zuma supporters who have been dropped from Ramaphosa’s Cabinet, he now appears to be on-message for Ramaphosa.

During the press conference he said “we must be able to correct those who are jumping the gun to say the President is facing charges”, because the party would only consider the President as being charged once he’s indicted by a court of law. “Only then should the step-aside rule be implemented.”

Mahlobo added that the party never intended for those who are “facing allegations” to step aside. “We said those who had been charged must step aside. The President is a man who has always been transparent. He has always cooperated with the Public Protector, and if the Public Protector is making a finding, he has always subjected himself to that, and this is not going to be different from these particular processes.”

He also pointed to the fact that Ramaphosa has volunteered to appear before the party’s integrity commission.

Mahlobo denied that public confidence in Ramaphosa has been dented by Fraser’s allegations. “He is handling the affairs of our country well and many South Africans still have confidence in him. As the leadership of the ANC, we have full confidence, both in our president but also in our law enforcement agencies.”

Mahlobo’s remarks came ahead of the presentation of Ramaphosa’s budget vote in Parliament, where he is expected to come under pressure from some opposition parties to respond to unanswered questions over the Phala Phala theft. DM