‘This isn’t who we are’, says Cape Town community...

‘This isn’t who we are’, says Cape Town community after brutal killing of taxi driver 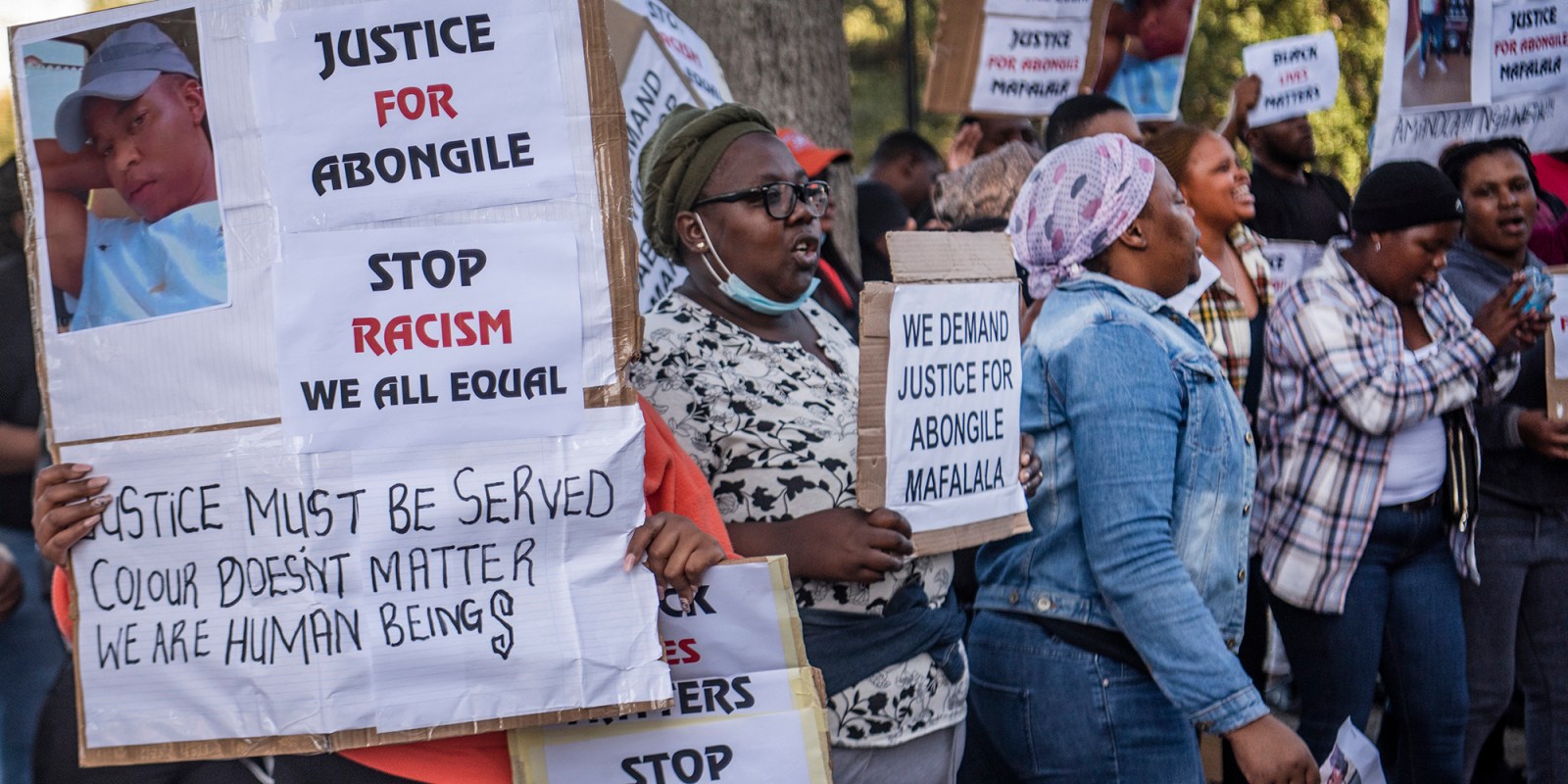 About 50 women from Du Noon protested outside Wynberg Magistrates’ Court in Cape Town on 6 June 2022, demanding that no bail be granted to suspects in the murder of e-hailing driver Abongile Mafalala. Mafalala was stoned, beaten and set alight by a mob that wrongly believed he had abducted a child in the suburb of Parkwood. (Photo: Gallo Images / Brenton Geach)

Parkwood, Cape Town is in shock after the vicious mob murder of Abongile Mafalala, an e-hailing taxi driver. The five accused were told not to seek any community support while candles were lit, prayers offered and tears shed as residents asked for forgiveness during a gathering at the site of the killing.

Community and religious leaders in Parkwood, Cape Town, say the mob “justice” that led five people to murder e-hailing driver, 31-year-old Abongile Mafalala, does not reflect the value and character of the community.

A video clip that went viral on social media on Tuesday, 2 June 2022 shows how Mafalala was stabbed, beaten with spades and set on fire by an angry mob.

Mafalala was killed after fake news spread through the area that he had kidnapped a child in the area.

On Monday, 6 June the five accused; Nathan Leeman, Yuven Nawat, Bradley Murphy, Carlton Williams and Ashwin Tifflon briefly appeared in the Wynberg Magistrates’ Court. They are charged with murder, robbery with aggravating circumstances and malicious damage to property. The five were not asked to plead.

A small group of Mafalala’s family members and supporters gathered outside the court. No Parkwood community members were present.

Local pastor Paul Philipps told Daily Maverick the situation was very tense and the community did not support anyone accused of the murder.

“Five people face charges relating to murder. Parkwood consists of 35,000 people, so that number doesn’t reflect the entire Parkwood…  [it] also does not reflect the character and values of the community.

“Yes as religious and community leaders we are sorry for what had happened and ask for forgiveness, but at the same time we are aware that no words can undo what has happened,” Philipps said.

Imperative at this stage, he said, was restoration and a healing process. But Philipps conceded it was not going to be easy.

“We as community and religious leaders want to reach out to the family of Mafalala and residents of Du Noon. Our local ward councillor, with the help of the City of Cape Town, is busy planning such a meeting where healing can start taking place.”

On Sunday, 5 June 2022 the Parkwood community gathered at the spot where Mafalala’s life came to a brutal end. Candles were lit, prayers went out and tears flowed as people asked for forgiveness for the murder.

Another community leader, Charles Williams, told Daily Maverick one of the five accused had allegedly confirmed that he had stabbed the deceased.

The message from Parkwood residents to the accused was not to seek any support from them, that the court process had to take its course and if convicted they should be sent to jail.

According to Western Cape National Prosecuting Authority regional spokesperson Eric Ntabazalila, the matter has been postponed for seven days for bail information, for the docket to be sent to the office of the Director of Public Prosecutions to determine if an advocate will be appointed for the case and for some of the accused to engage private attorneys.

The court also heard that more arrests would be made. The accused will be back in court on Monday, 13 June 2022. DM