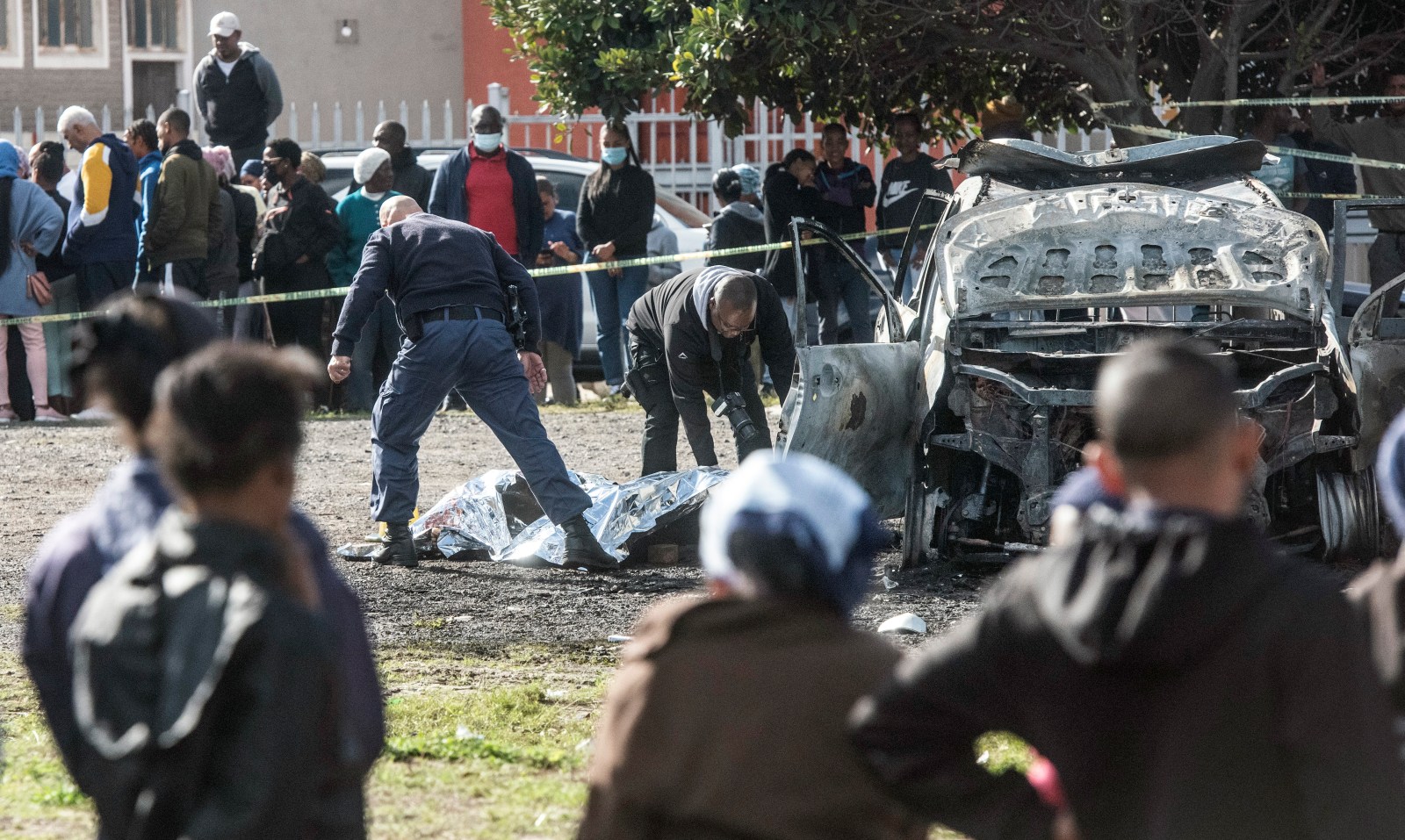 Abongile Mafalala was stoned, beaten and set alight by a mob that wrongly believed he had abducted a child.

Parkwood on the Cape Flats has been rocked by the mob killing of e-hailing driver Abongile Mafalala, who was murdered for what turned out to be a hoax.

The drama unfolded on Tuesday, 28 May, in an open field on Walker Street, when e-hailing driver Abongile Mafalala (31) was making his way out of the area.

A witness said: “As the driver was driving down the street, a woman shouted that she heard the cries of a baby coming from the Toyota Avanza car.”

Mafalala’s exit was blocked by a taxi and he was forced to stop on an open field. Police said three people were travelling in the vehicle but two of them were able to escape, leaving Mafalala at the mercy of an angry mob, who wrongly believed he had abducted a child, apparently acting on information shared on social media.

The crowd wanted to know the location of the child. A video clip that went viral on Tuesday showed how the crowd, in full view of residents and children, beat him with spades, threw bricks at him, and set his car alight. His charred body lay outside the car.

Mob killings commonly occur in informal settlements but this was the first one in Parkwood.

Maverick Citizen’s Mark Heywood has reported a breakdown in policing in townships and informal settlements has seen a rise in vigilante “justice”. The number of people suspected of crimes who are killed in an arbitrary and brutal fashion is growing.

On Thursday, Pastor Charles Williams and community leader Rashaad Allen accompanied Daily Maverick on a tour of the area.

The two are well-known figures in Parkwood and are the first people residents call when gang fights break out, to intervene and defuse perilous situations.

But, on Tuesday, Williams arrived minutes too late and could not save the life of Mafalala.

“Had I arrived earlier, I would have saved the life of the driver. The people would have listened to me. Myself and Allen are the two people who break up fights and any conflicts in our community. I’m disgusted by what happened,” he said.

It was important, Williams said, to make sure there is no recurrence and that Uber drivers are safe in the area. He emphasised that for years Uber drivers had come in and out of the area without being assaulted or intimidated.

“All the role players of the community, including religious leaders and councillors, will have a public meeting to address these issues. It is important that the safety of Uber drivers is ensured. We as leaders need to sit down and find solutions,” he told Daily Maverick.

Allen said that the area was tense and residents were scared to speak about what they had witnessed on the day of the incident.

About 10 mothers interrupted the interviews with Williams and Allen. They were anxious to get their frustrations off their chest regarding the killing.

A 50-year-old mother in Walmer Road said, “I’m disappointed with what I’ve witnessed. We as grown-ups tried to intervene but were pushed away by youngsters. We as grown-ups couldn’t stop the crowd, who listened to rumours without verifying them. We asked, where is the child the driver is alleged to have kidnapped, but the group could not provide answers. I was so helpless and couldn’t help the driver. Please forgive me, Father.”

On Thursday, law enforcement officers were out in full force in the area. People identified on the video witnessing the lynching and some of them taking part in the beating of Mafalala were taken in for questioning. Among them was a local maulana, a Muslim religious leader.

Williams said that more than 10 people had been taken in for questioning.

“A father and a son who were inside the car of the Uber driver, minutes before his lynching, tried to convince the driver to go to the Grassy Park police station to explain that he did not kidnap a child, and are also part of the group taken in for questioning.

“We are urging the police to release those who did not partake in the mob [killing] of the Uber driver. The already volatile situation can spiral out of control and residents have vowed to retaliate if innocent people are apprehended and charged. Those who did take part in the beatings, stabbings and setting alight of the driver must be arrested and face the full might of the law,” said Williams.

Police spokesperson Warrant Officer Joseph Swartbooi said the SAPS had noted with concern social media posts in relation to perceived kidnappings and abductions in the Cape metropole and outlying areas.

“It is on this basis, as a law enforcement agency, that we wish to caution social media users against postings of unverified information about kidnappings/abductions.

“Since the launch of the National Child Protection Week, from Sunday 29 May to Sunday 5 June, the SAPS has observed false accounts of child kidnappings/abductions. The offence of kidnapping is viewed in a serious light by the SAPS, hence all reported cases are assigned to seasoned detectives,” Swartbooi said.

He added that police were executing an operation with a view to arresting those behind the murder of Mafalala.

“A number of people have been brought in for questioning, and once they have been charged, they are due to make a court appearance in the Wynberg Magistrates’ Court on a count of murder,” he said.

Police have made a plea to social media users to use these platforms responsibly and to verify sources as well as the authenticity of information before sharing it. DM