Senzo Meyiwa crime scene could have been contaminated,... 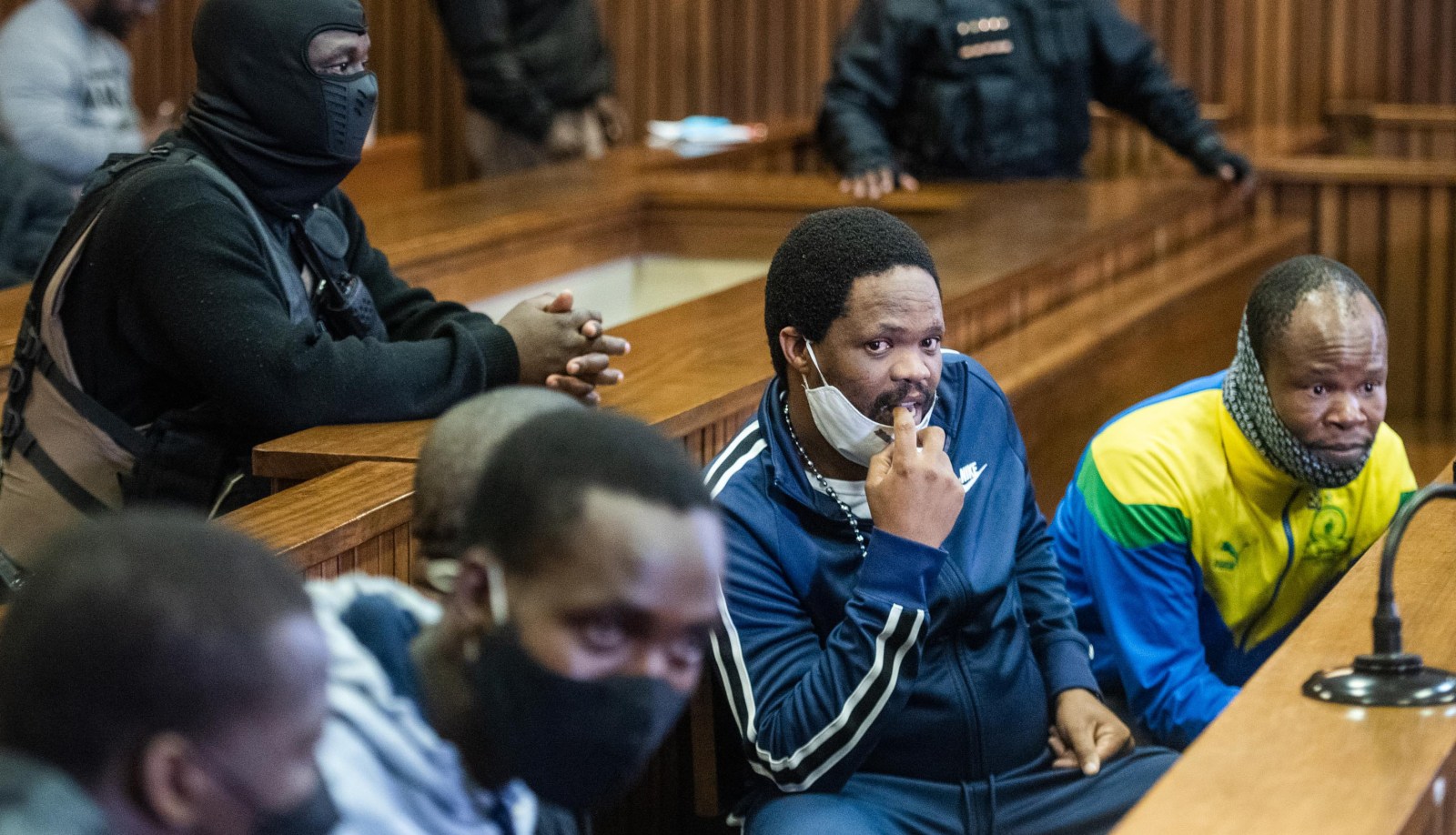 The five accused in the Senzo Meyiwa murder trial in the Pretoria High Court on 7 June 2022. (Photo: Supplied)

Week Three of the trial: A forensic expert has admitted it was ‘possible’ that the crime scene where Bafana Bafana goalkeeper Senzo Meyiwa was murdered had been contaminated.

In the third week of the trial of the five men accused of murdering soccer star Senzo Meyiwa, forensic expert Thabo Mosia was grilled by defence lawyer, advocate Zandile Mshololo, on whether he had been qualified to carry out forensic investigations when Meyiwa was shot dead in 2014.

Mshololo argued that Mosia was “less qualified” to conduct forensic work when he was called to the crime scene in 2014.

Mosia disputed this, saying: “My experience didn’t start in 2013 and I have been attending crime scenes since 2008.”

Mshololo read a statement from a witness, who said she had arrived at singer Kelly Khumalo’s mother’s house — where Meyiwa was murdered during an alleged robbery — and found a woman called Maggie Phiri scrubbing the floor and removing empty bottles of alcohol from the house. When asked why Phiri was cleaning the house, she said she did not want the police to know that people at the house had been drinking.

It isn’t clear who Phiri is and who asked her to clean the floor.

On where Meyiwa was shot, Mosia said: “The struggle started in the kitchen.” Mshololo asked why no blood was found on the kitchen floor.

“I also find it surprising, so I can’t answer,” said Mosia.

Mshololo asked Mosia whether it was possible that the reason he didn’t find any bloodstains on the kitchen floor was that the scene had been contaminated before his arrival.

“That is possible,” answered Mosia.

Mshololo asked whether there was a blood trail from where Meyiwa’s body was moved to the vehicle that was used to drive him to the hospital.

“There was no trail of blood on the floor except for the [lounge] area, where I took pictures,” said Mosia.

The State is arguing that on Sunday, 26 October 2014 there was a robbery that resulted in Meyiwa’s death. Fisokuhle Ntuli, Muzikawukhulelwa Sibiya, Bongani Sandiso Ntanzi, Mthobisi Prince Mncube and Mthokoziseni Maphisa are facing charges of murder, attempted murder, armed robbery, possession of firearms without a licence and the possession of ammunition. All five have pleaded not guilty.

Mosia visited the crime scene twice. On the second visit, he recovered the bullet which linked the five accused to the murder of Meyiwa, said Mshololo.

“You weren’t exhausted, you were tampering with it,” said Mshololo. Mosia denied that he had tampered with the evidence.