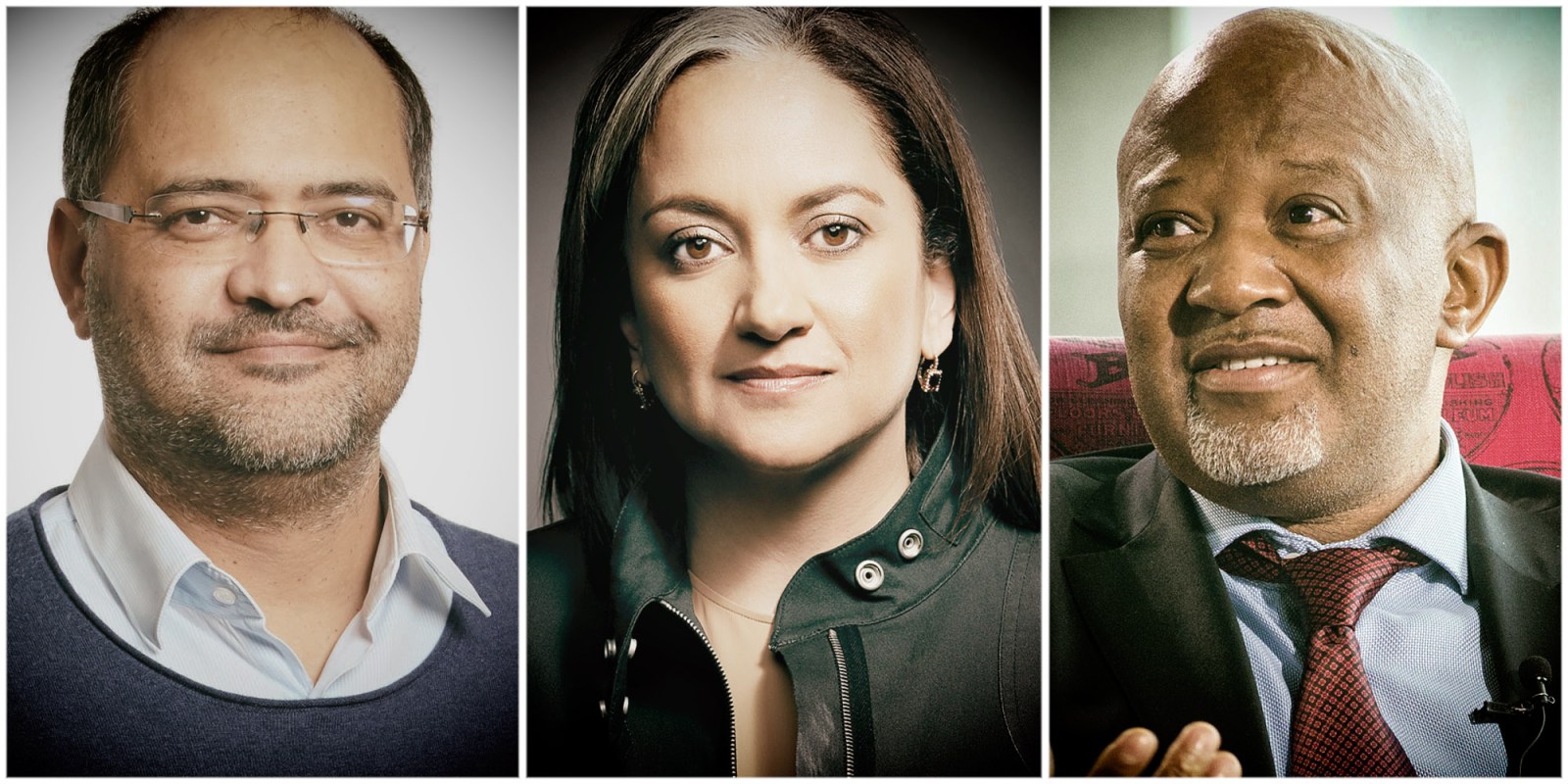 Daily Maverick’s Ferial Haffajee spoke to Mcebisi Jonas — former deputy finance minister and now MTN group board chairperson — and Haroon Bhorat, professor of economics and director of the development policy research unit at the University of Cape Town, about South Africa’s political future and solutions to the economic crisis.

‘The reality of the matter, in my view, is that until we have a vision and a perspective that transcends the ruling party — that’s embraced by society as a whole — we are not going to break out of where we are,” said Mcebisi Jonas, former deputy finance minister and current MTN group board chairperson, during a webinar on Tuesday hosted by Daily Maverick associate editor, Ferial Haffajee.

Jonas was speaking during the virtual launch of the book, Better Choices: Ensuring South Africa’s Future, which he co-edited with Haroon Bhorat, professor of economics and director of the development policy research unit at the University of Cape Town, Greg Mills, director of the Johannesburg-based Brenthurst Foundation, and Ray Hartley, editor of the Rand Daily Mail.

Compiled by the Brenthurst Foundation, Better Choices is a compendium of writings by top thinkers on SA’s political economy. It provides an account of the many challenges South Africa faces, and solutions to these problems.

Although much has already been written about South Africa’s myriad problems — which Haffajee pointed out — Jonas said one of the motivations behind the book was to outline the solutions or choices that need to be made by leaders to alter the country’s bleak trajectory.

“What the book intended to do was, in a truncated way, rehash some of those problems, but at the same time focus more on what kinds of actions are necessary to take us out of the morass that we are in,” said Jonas.

Bhorat said that, as a developing country, South Africa has the same growing pains that many other developing countries have, despite our sometimes navel-gazing view that we contain an “exceptionalism” which somehow makes us different.

“We’re no different to many other developing countries in terms of the constraints we face,” he said.

Jonas agreed with Bhorat, saying that in the past 10 years, South Africa has not been an outlier as such, but “faced the same problems” as other developing nations.

In terms of international perceptions of South Africa on investment, Jonas said: “I think overall, there is still a very optimistic view about South Africa as an emerging market. On the continent, we’re still leading with deep financial markets… we still also have a very robust private sector, and we still have a very dynamic Constitution, in a sense, and a strong judiciary.”

However, there remains “a fear of how sustainable the reform agenda or reform programme is”, and a concern about potential political instability.

Added to this, said Jonas, are concerns over “the slow pace of transformation and change that is happening in South Africa”.

The former deputy finance minister expressed his “excitement” at the news of Rajesh and Atul Gupta’s arrest in Dubai, which came on the back of several other high-profile State Capture arrests in recent months.

Jonas proved he “was not for sale”, as Jessica Bezuidenhout has previously reported, when he declined a R600-million bribe offered to him by Gupta brother, Ajay, who has not yet been arrested.

“[Atul and Rajesh Gupta’s arrest] is a good signal in many respects. The perception across different sectors of society is that there’s been very slow movement in the prosecution and action taken against the perpetrators of State Capture,” said Jonas.

Atul and Rajesh Gupta’s arrest offers some hope that South Africa is “finally moving in the right direction” with regard to the pace of arrests of those responsible for State Capture.

On South Africa’s economic crisis, Jonas said there were many underlying factors. In addition to factors such as the extended period of commodity downcycle which resulted in stagnant growth in South Africa, weak revenue since 2012 and the deep structural weaknesses in our society and economy, “messy and disruptive politics continues to undermine business confidence in South Africa and weaken the state”, explained Jonas.

“As if this was not enough, the pandemic had added impacts and the Ukraine-Russia war further triggered supply chain disruptions, oil shortages and a global inflationary upcycle,” he said.

In his chapter in Better Choices, Jonas argues that the only route to a different and better future in South Africa is through a “new development vision” that transcends the ruling party and is embraced by society as a whole.

In the concluding passage in his chapter, he says: “The events of July 2021 show that citizens can no longer be held to ransom by factional dynamics within the governing party and by a state struggling to maintain essential infrastructure and deliver basic services to the poor.

“Having 70% of our youth without jobs places democracy itself in the firing line — we need heightened political activism for a new development vision that collectively binds us, rebuilds trust and activates new and creative forms of collaboration.

“Underpinning this societal vision must be a social contract with accordant tradeoffs for faster and sustained growth, greater wealth equality and strengthened democracy.”

The ANC has to reprioritise growth and transformation rather than concentrating on internal dynamics, said Jonas.

“Growth without transformation has its own limitations and if we don’t address these issues in tandem, we are likely to have instability,” he said. DM

Order your copy of Better Choices: Ensuring South Africa’s Future from the Daily Maverick shop and get free delivery anywhere in South Africa. Maverick Insiders get 10% off.

Subscribe to the Daily Maverick webinar newsletter and keep updated about our upcoming conversations: https://email.touchbasepro.com/h/d/38911C881454EE15