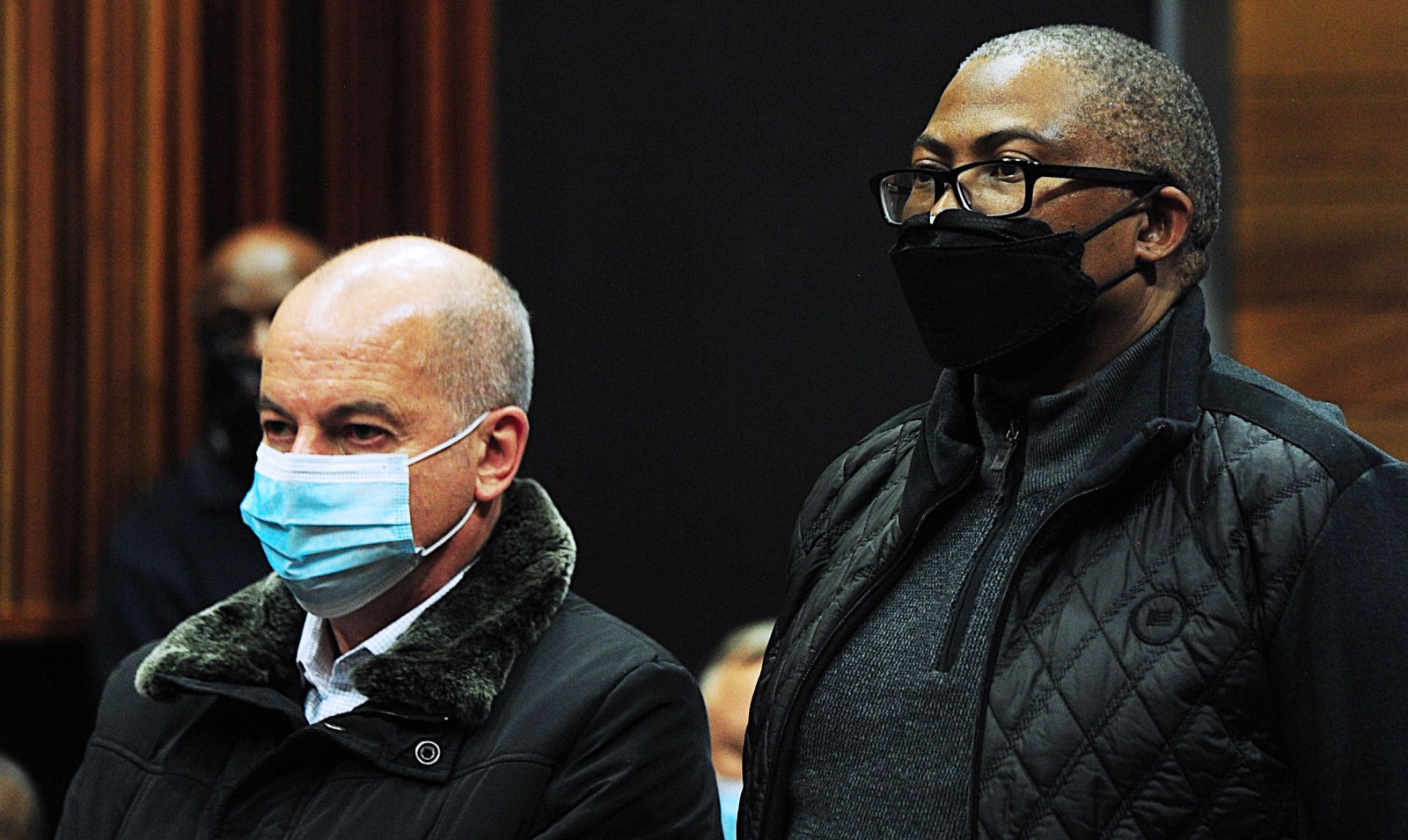 Trillian boss Eric Wood finally sees the inside of a courtroom as he appears alongside ‘Gupta fixer’ Kuben Moodley and former Transnet bigwigs over a dodgy R93-million double payment flowing from the parastatal’s deal for 1,064 locomotives.

Businessman Eric Wood and former Transnet bigwigs Siyabonga Gama, Garry Pita and Phetolo Ramosebudi were arrested early on Friday, 27 May 2022, in what are likely to be among the most high-profile arrests to stem from the Gupta wave of State Capture to date.

The arrest of this group along with the relatively unknown former Trillian executive Daniel Roy follows that of alleged Gupta fixer Kuben Moodley at OR Tambo International Airport in September 2021.

Moodley was nabbed before boarding a flight to Dubai for what he had said was a golfing trip with a set return date.

He has been out on bail of R150,000 since then and appeared in the Palm Ridge Magistrates’ Court along with his new co-accused on Friday morning.

Between them they face charges of fraud, corruption and money laundering as well as contravention of the Public Finance Management Act.

A charge sheet was not immediately available but the National Prosecuting Authority’s Investigating Directorate confirmed the arrests and the charges relating to R93-million payment that Transnet made to Trillian in December 2015.

The payment was for the company allegedly having arranged a R30-billion club loan to help fund Transnet’s acquisition of 1,064 locomotives while the parastatal had already paid Wood’s former partners at Regiments for the same services.

With the exception of Moodley, the accused handed themselves over at the Brackendowns Police Station before appearing in court.

The State did not oppose bail but the court did order that their travel documents be handed to the investigating officer, saying that those wishing to travel would only be able to so upon applying to the court.

The accused were not asked to plead and are due back in court on 13 July.

Wood, CEO of the defunct Trillian Capital Partners, has been battling a flood of litigation since the State Capture scandal engulfed his business.

This includes a bid by the Transnet Second Defined Benefit Fund to sequestrate him in order to recover R300-million following a controversial interest rate swap deal concluded several years ago.

Budlender had been hired to investigate allegations that the company’s owners had had prior knowledge that former president Jacob Zuma intended to fire then finance minister Nhlanhla Nene and had planned to cash in on that information in 2015.

Eskom and the South African Revenue Service are hounding Wood’s Trillian group, which is now in liquidation, for a total of nearly R1-billion.

Remarkably, while their names feature across much of the Gupta-linked State Capture scandals, Wood and Moodley never appeared before Judge Raymond Zondo at the State Capture Commission.

Gama, Ramosebudi and Pita did appear and faced a grilling on a wide range of issues including alleged Gupta bribes received and cash stashed in safety deposit boxes at Knox Vaults in Killarney, Johannesburg.

Friday’s developments come on the back of other high-profile arrests in recent months:

Ragavan was back in court this week in connection with a range of charges relating to the alleged abuse of R1.7-billion in Optimum Coal and Koornfontein mine rehabilitation funds. DM