Crime stats on violence against children in SA are a na... 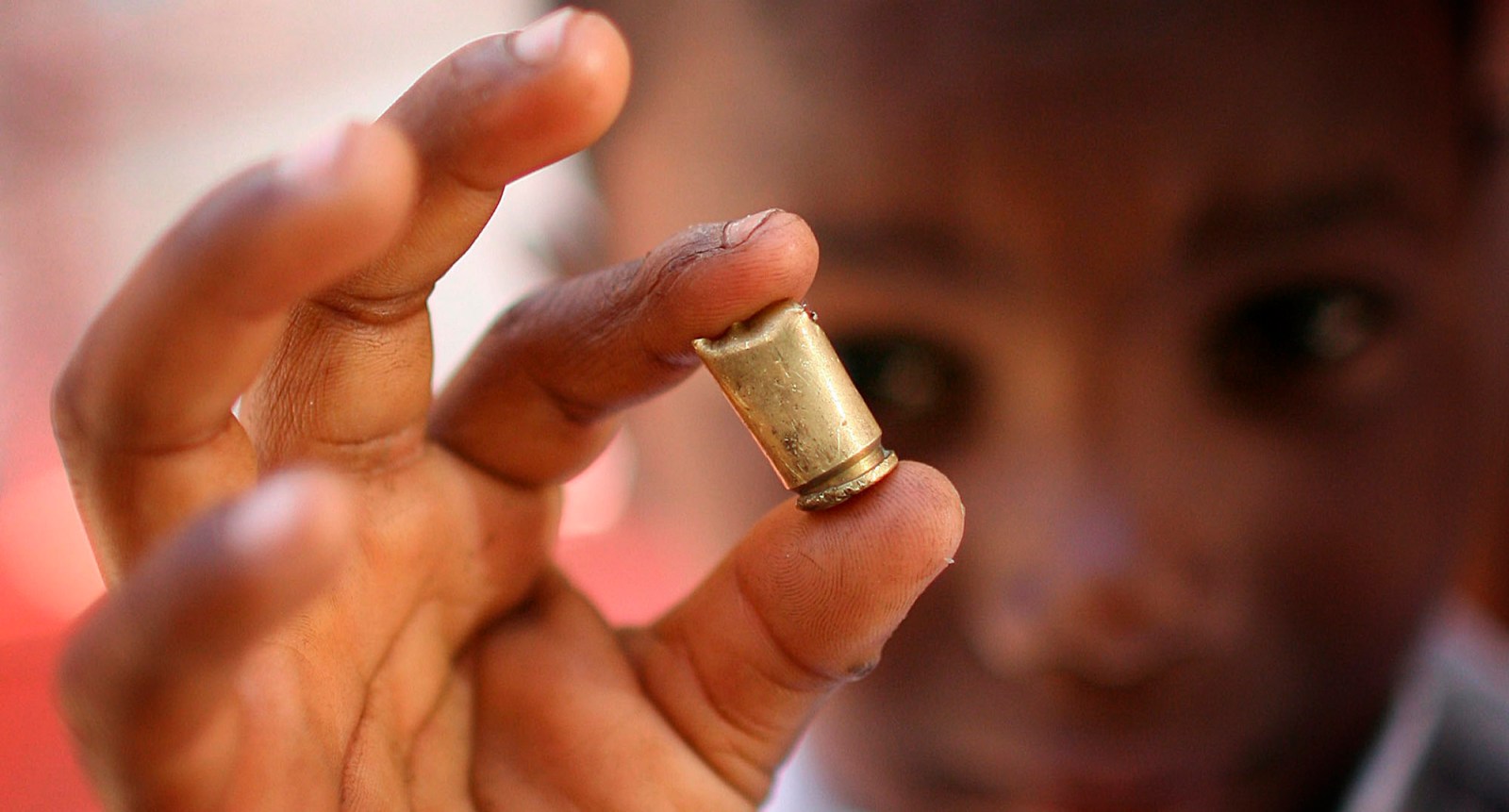 Nine year old South African boy Marijuan, a resident of Manenberg, one of the Cape Flats high density impoverished communities, holds up a bullet shell casing he picked up earlier from outside his home, Cape Town, South Africa Wednesday 31 January 2007. The author says that the South African government has yet to define what constitutes essential health care services for children. (Photo: EPA/Nic Bothma)

According to the most recent crime statistics, 392 children in South Africa were killed in just 90 days in 2021, and another 394 survived attempted murder. A further 2,048 children were victims of physical assault.

Children face a mountain of barriers to seeking a safe and just way of existing. There is violence, the scourge of child-headed homes, gender-based violence, poor access to healthcare — including mental health — access to education being denied and child trafficking.

Integral to this fight is the issue of access to justice and equity.

As we reflect on Child Protection Week this week and International Children’s Day, which was on 1 June, the Afrika Tikkun Foundation is committed to drawing attention to the fight for youth upliftment. We know that the barriers to justice can be overcome once identified and tackled systematically.

According to the most recent crime statistics, 392 children in South Africa were killed in just 90 days in 2021, and another 394 survived attempted murder. A further 2,048 children were victims of physical assault. Children need to be protected and violence is a large physical barrier to justice for them.

Providing families with the skills they need to better cope with situations that can lead to violence includes socioeconomic relief, skills-building to tackle poverty and unemployment, as well as access to psychological and social support services.

And teachers, child and youth care workers and other social service professionals need to be trained to identify concerns before they escalate.

Unlike adults’ right to health care, children’s right to basic healthcare services is not subject to progressive realisation under South Africa’s Constitution and governmental plans.

Even though children are the most vulnerable in society, the state has still not defined what constitutes essential health care services for children, which makes it difficult to determine what children are entitled to and what the state should be held accountable for in terms of provisions.

While the push for efficiencies and cost-saving in the system are dire, these may result in limited care in the complex needs of children, especially those with chronic health conditions. Government needs to define a health care plan specifically for children if they are to have effective access and adequate care.

Education is a central socioeconomic right that provides the foundation for lifelong learning and economic opportunities and can prevent incidents of violence against children. They have a right to basic education, but many factors make it hard for many to access it, and the government must take reasonable measures to make education available.

The reality of being “too broke to pay attention” is experienced by many children in the country.

According to research from the University of Cape Town, financial constraints are the main reason why many children of school-going age are not attending school. These include the cost of schooling, including a uniform and transport, the perception that “education is useless”, and feeling unable to perform at school or a fear of failing exams.

A high number drop out due to disability and illness, as well as pregnancy, menstruation and sexual abuse. Here, policymakers and government can make a difference, especially when it comes to making educational services accessible for people with illness and disability, and dispelling stigma around pregnancy, providing support for girls who have experienced sexual abuse, and making menstrual products freely available.

By tackling these issues one by one, we can start dealing with the underlying problems in the education system and the labour market that prevent access to education.

In 2020, A21, an international anti-trafficking organisation, said it received 4,847 contacts on its South African helpline and 34.8% of reports involved children.

The causes of trafficking in South Africa include inequality, unemployment, lack of education and poverty. Victims are easily targeted through financial promises. The true incidence rate of trafficking is almost impossible to determine, mainly due to the clandestine nature of the crime, but ending it definitely involves economic upliftment.

In 2018, there were about 55,000 children living in a total of 33,000 child-only households across South Africa. Even though the percentage is small at 0.3% of all children, the number of children living in this extreme situation is of concern and creates significant barriers to accessing education and makes them vulnerable to violence.

The UN says many of these child-headed households are led by young girls who often become victims of gender-based violence. It says treating HIV in adults can help and early intervention can establish programmes to provide support in preventing violence against children in these homes.

During April/May 2021, about 2.3 million households reported child hunger and of these, around 620,000 reported that a child had experienced hunger almost every day the week before the survey was done by the National Income Dynamics Study.

The reality of being “too broke to pay attention” is experienced by many children in the country.

Poor homes, where a daily meal is not guaranteed, mean that many children go to school hungry and cannot fully participate in the classroom. And poverty means they are more susceptible to violence as a knock-on effect.

Many NGOs have stepped up to aid school feeding programmes, but this is not enough as the problem is only growing as inequality widens.

While we know these issues are of dire consequence, it cannot be up to the individual or NGOs to carry children into the future with security and safety from violence.

These statistics are terrifying but are nothing compared to the lived reality of children who suffer at the hands of a failing system every day.

We have to act as a country to safeguard our land’s most vulnerable from violence so that they have a better chance at a future, without having their lives stunted or cut short by it. DM

Alef Meulenberg is CEO of the Afrika Tikkun Foundation, a non-profit company providing education, health, and social services to underprivileged communities in South Africa through their four centres of excellence across Gauteng and the Western Cape.