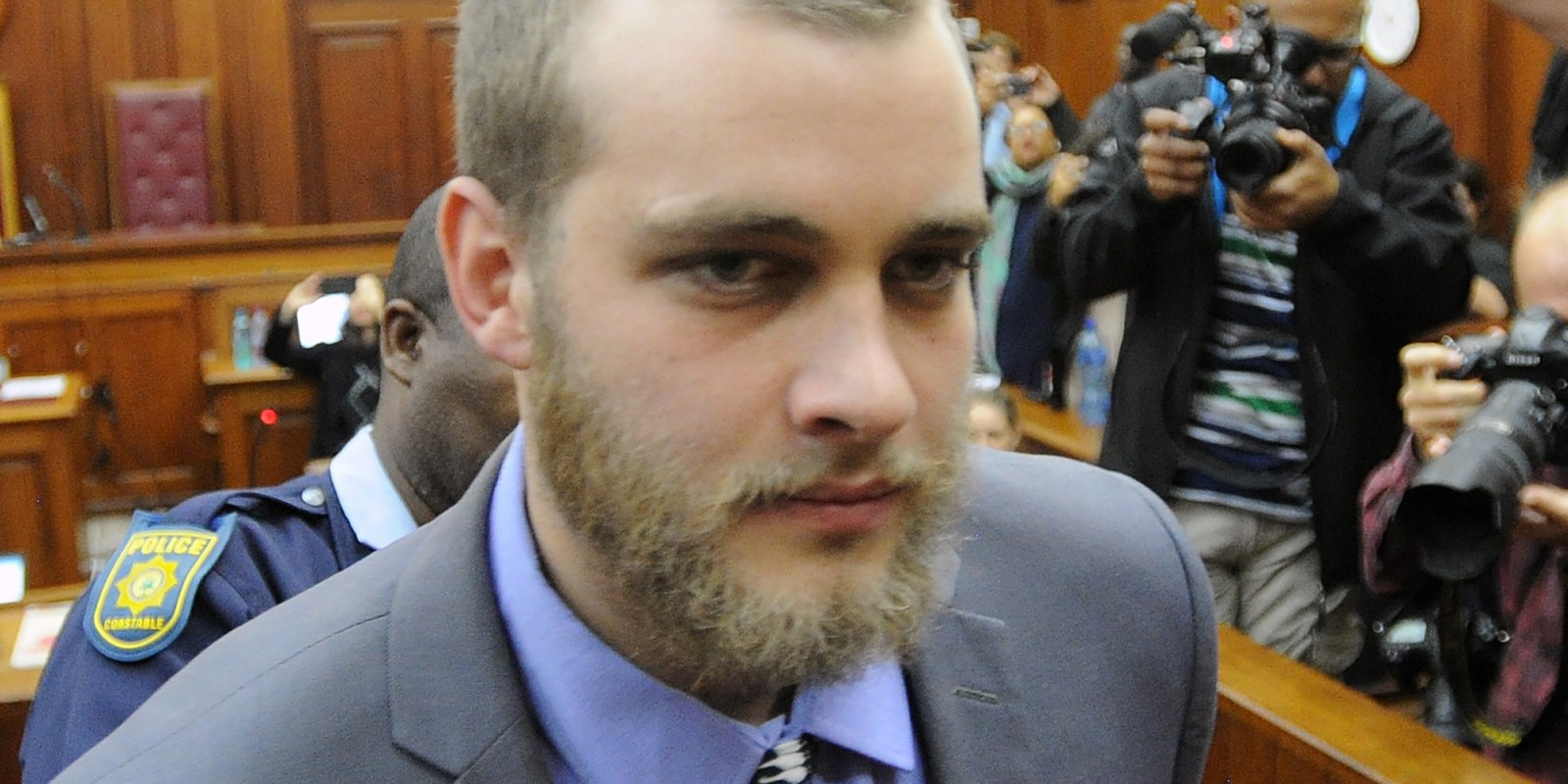 Henri van Breda has been relocated from Drakenstein Correctional Centre in Paarl. He is serving a life sentence after his conviction in May 2018 for the murders of his father Martin, mother Teresa and brother Rudi.

Triple axe murderer Henri van Breda has been relocated from Drakenstein Correctional Centre in Paarl to Leeuwkop prison in Gauteng. He was transferred in January following an attack in prison, allegedly by a member of a Number gang.

Van Breda is serving a life sentence after his conviction in May 2018 for the murders of his father Martin, mother Teresa and brother Rudi. His sister Marli survived the axe attack in January 2015 at De Zalze Estate, Stellenbosch. Van Breda hacked the three members of his family to death.

He was handed three life sentences for the three murders, 15 years for attempted murder and one year for obstructing the course of justice.

An inquiry into Van Breda’s whereabouts followed an anonymous tip to Daily Maverick:

“We heard from someone whose relative is incarcerated at Drakenstein Correctional Centre that Van Breda has been moved to some other location after his skull was split open with a padlock by a member of one of the Numbers gangs.”

On Wednesday, the DCS spokesperson, Sechaba Mphahlele, replied: “In terms of our records, offender Henri van Breda submitted a request in September 2021 to be moved to one of the correctional facilities in Gauteng to be near to his family. The request was approved and the offender moved in January 2022.

“However, records also indicate that an assault involving Van Breda did take place in October 2021. His request to be moved was prior to this incident and, therefore, that he was moved due to the assault incident is untrue. We can confirm that Van Breda is continuing serving his sentence in Gauteng and he is in good condition.”

Mphahlele failed to shed light on allegations that the attack on Van Breda was ordered by a prison gang member.

Drakenstein is one of the Western Cape’s correctional facilities that has been plagued by escapes of inmates and alleged assaults.

In January 2015, five warders were stabbed at the Drakenstein Correctional Centre. In January 2017, a convicted rapist and murderer, Lwandile Yeko, escaped from the correctional facility, using a hacksaw.

“Jics is aware of the assault on Van Breda. Jics can confirm that Van Breda sustained injuries during the assault and was treated for his injuries. Any inmate injured during an assault can, in terms of the procedure, lay a charge [and] request to be segregated for his/her protection.”

Daily Maverick also learnt that the axe killer did not want to lay a charge against his alleged assailant with the SAPS.

Cupido said correctional centres are volatile environments due to various conditions, which include violence, overcrowding and the mental state of inmates. DM