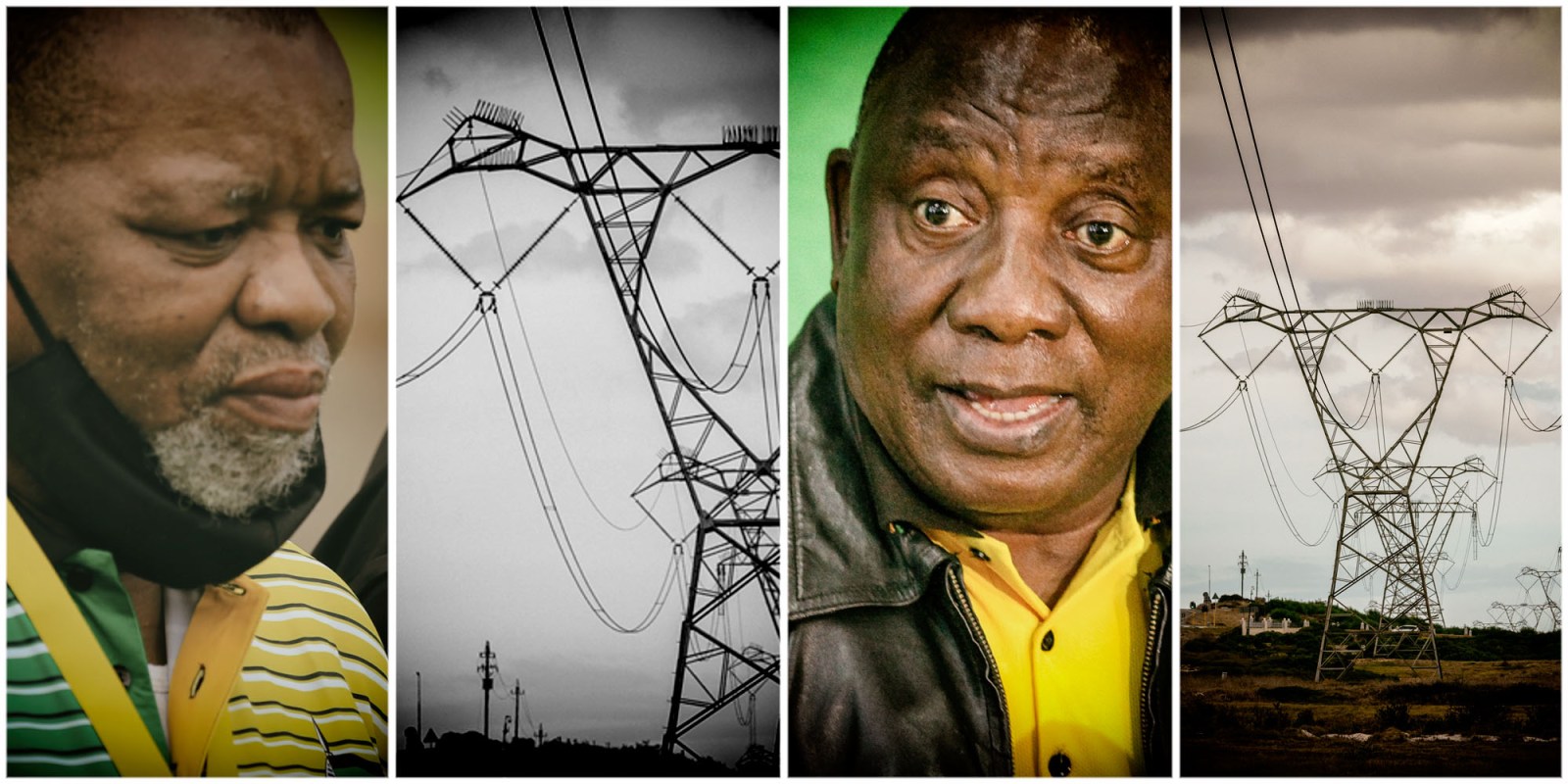 While the ANC’s policy conference in late June this year is officially about the battle of policy ideas, there are strong indications already that the power contest(s) will overshadow debates around ideology and delivery. And yet, the policy documents published by the party ahead of its conference are important, as they give an indication of what officially the future direction of the party could be.

The documents have now been published and they suggest that important policy changes could be coming, that the provision of electricity could change, that the current model of state-owned enterprises (SOEs) is “dead”, that there should be less red tape for firms, and even a possible step away from the current model of black economic empowerment.

It should be remembered, though, that these documents are not the end of the process, rather they are just the beginning of discussions.

At the ANC’s 2017 conference, the issue that came closest to derailing the entire event was not the leadership battle, but the policy proposal to change the Constitution to enable the government to expropriate land without compensation for the purposes of land reform.

In the end, the resolution was passed with important caveats.

However, this time around, within its policy documents, the ANC merely appears to note:

“We have not had sufficient support to amend the Constitution to allow for land expropriation without compensation in certain circumstances, although there has been progress with the passing of expropriation legislation and strengthening of land redistribution processes.”

The Nasrec resolution calling for the nationalisation of the SA Reserve Bank gets similar treatment, saying that the “historical anomaly” that it has private shareholders has not been corrected. It then goes on to say this is because of the possible “undue enrichment of private speculators who have been lobbying for such an intervention as they hope to make massive financial gains from the process at the expense of South Africa and cost to the fiscus”.

This is a major change in the debate, as it suggests a reason why this “nationalisation” should not happen.

Of course, given the pressing need to get more electricity into the grid, the paper discusses this in some depth.

The document suggests that when it comes to embedded generation (to allow companies to produce and sell their own electricity), “the registration requirements for such projects need to be streamlined and red tape reduced”.

For those concerned about our urgent power requirement, this may be welcome, suggesting that the ANC will start the debate as fully behind the private sector generating its own power.

In fact, the document goes further, saying: “Such projects should be designated as Strategic Infrastructure Projects (SIPS) so that environmental authorisation regulated by the DFFE can be expedited.” (The DFFE is presumably the Department of Forestry, Fisheries and the Environment).

This would suggest that it would be easier and quicker to build and run solar and wind power plants.

However, if this policy proposal is adopted, from the way it is worded, it would also make it easier for someone to build a gas-fired plant, or even, for example, to use a barge operated by Karpowership.

There is also evidence that those who wrote the document do not want to move straight into the renewable era, but want to go through what is called the “gas transition”.

“The growing opposition to oil and gas exploration needs to be confronted politically as it is clear that South Africa’s endowments of oil and gas could be a source of wealth as well as increase our energy security options, also noting the role of gas in the energy transition.”

On the face of it, this does resonate very strongly with some of the comments made by Energy Minister Gwede Mantashe.

It also flies in the face of a recent warning by the International Institute for Sustainable Development, which said that for South Africa to pursue a gas industry could be a costly “mistake”.

Certainly, it suggests that the ANC is considering and wants to press ahead with these plans.

The documents spend some time talking about social compacting, an idea that representatives from business, labour and government can reach important agreements to reset the economy. While this chimes with President Cyril Ramaphosa’s promise to enact a social compact, the deadline he set himself came and went last week.

Ramaphosa’s 100 (working) days of social compacting have come and gone, but who’s counting?

It may also miss a much bigger point. The people who really suffer from our current economic situation are the 12 million unemployed. By the very definitions that the ANC uses within this social compacting plan, they would be left out of the process. And yet they are surely the biggest constituency in South Africa.

Deep within the documents is a carefully couched question that could open the door to bigger, and always hotly controversial, discussions around the future of black economic empowerment and our employment equity laws.

The point is made in this way:

“Given the employment crisis in the country, if the choice is between a transformed entity that does not have production capabilities locally and a nontransformed firm that can expand capabilities and jobs, then the latter should be the appropriate choice. Do existing frameworks support such a decision?”

This appears to be a serious suggestion that it is more important for a South African company to employ people than it is for it to be properly transformed in terms of its ownership. That employment may be more important than transformation for the future ANC.

While delegates have obviously not discussed this issue yet, if adopted, this could be the beginning of a major change to the ANC’s current economic policies. The discussion at the policy conference is bound to be heated.

Long before the final discussion documents were published, there had been  consistent reporting that they would say that the current SOE model is “dying”. That reporting has been borne out in the final documents. It says that the “era of bailouts for SOCs [state-owned corporations] is over. It is not sustainable. Workers whose jobs are at risk must be reskilled and redeployed to where vacancies exist.”

This may well be the strongest indication yet that the retrenchment process the SABC went through 18 months ago could become a norm for the SOEs – and that major change is coming.

Of course, this has been promised before.

Also previously promised, is a commitment to cut red tape for smaller firms. However, it appears the party may be going further than in the past when it says the government should, “remove micro enterprises which operate best in the informal sector out of the Small Business regime[n] to remove the red tape”. It also says that municipalities should “remove the requirements for payment of permits by informal traders and provide necessary support…”

This may be the beginning of a better understanding of the needs of smaller firms by the governing party.

ANC discussion documents are often an interesting mix of honesty, imagination and, sometimes, hubris. It is entirely possible that other issues take over what is mentioned in this economic document. However, it is also possible that what the party has published here does lay an important basis for the conference discussions and possibly our future. DM