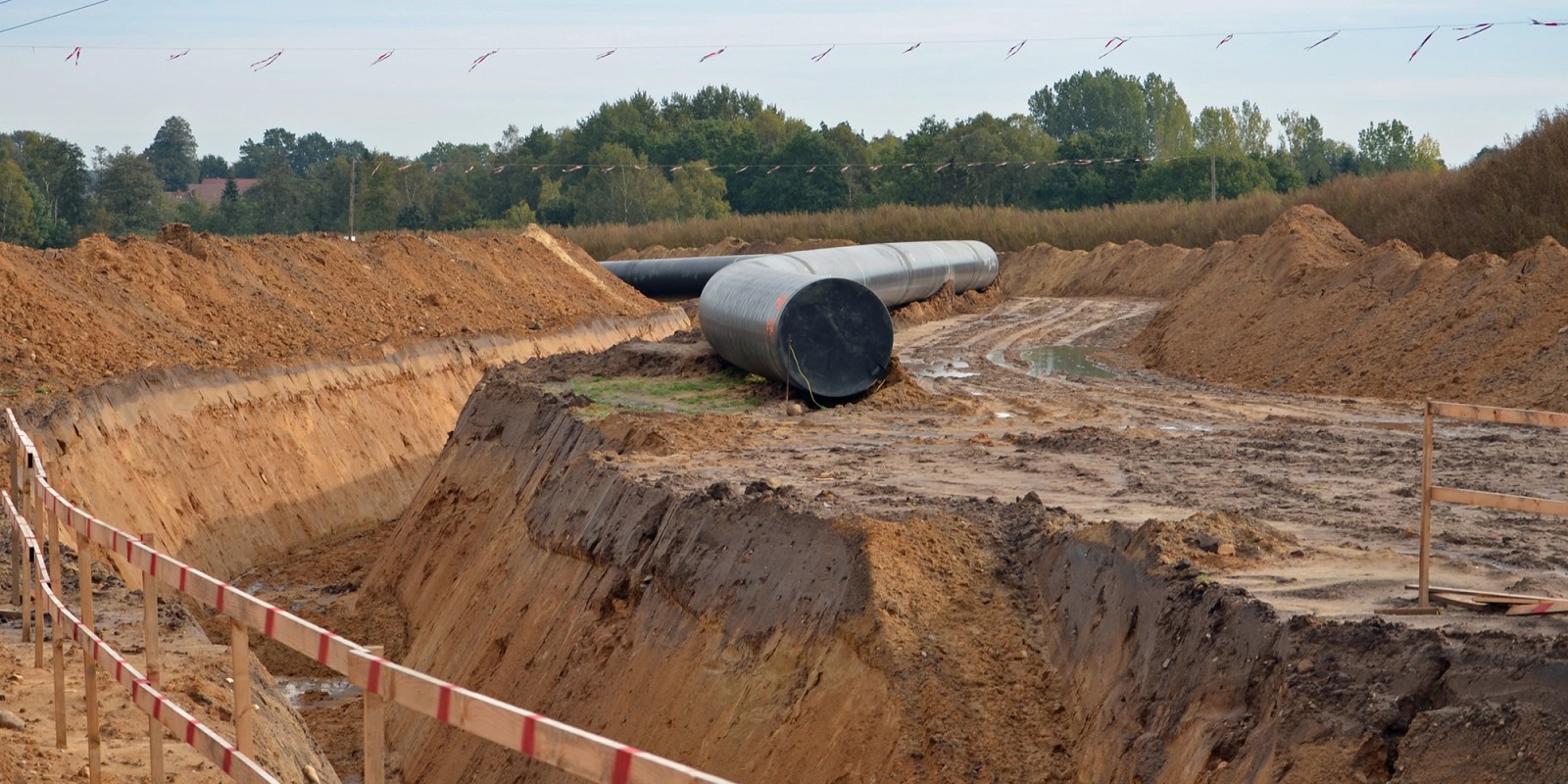 Building new pipelines and other gas power infrastructure could lock South Africa into propping up a dying industry artificially, despite the availability of cheaper and cleaner energy alternatives. (Photo: Wikimedia)

The International Institute for Sustainable Development cautioned in a new research report that developing just 3,000MW of gas-to-power capacity in South Africa from scratch by 2030 would cost at least R47-billion – money that could ultimately be wasted, as gas is squeezed out of the global market by cheaper, low-carbon alternatives.

The government appeared to be gambling on the discovery of major oil and gas deposits in the sea off South Africa or in the arid Karoo – or alternatively, importing more gas from further discoveries in Mozambique

But the Canadian-based research institute says there are no guarantees that a sufficiently large or reliable domestic supply of gas will be found, while establishing a new gas reticulation network would require major capital expenditure.

In the new ‘Gas Pressure’ report published on March 31, researchers Richard Halsey, Richard Bridle, and Anna Geddes suggest that disruptive changes in renewable energy technology and power storage are challenging the view that gas is still required for a “low-carbon” energy transition.

“Given these recent changes, an objective re-evaluation of the suitability of using natural gas for electricity generation in South Africa is now required.”

Quite apart from the climate crisis impacts driven by fossil fuels such as natural gas, there were other strategic and economic reasons to reevaluate the gas dream championed by Energy minister Gwede Mantashe and fossil industry lobbyists, including the risk of technology lock-in and stranded assets.

“If gas assets are built and then become stranded, they may continue to operate even when cheaper, superior alternatives are available because the capital is already sunk.

“This type of lock-in can result in pressure from workers, investors, and companies on the government to introduce subsidies to protect the incumbent industry. These subsidies divert funds away from other projects with better socioeconomic metrics and cause an industry to persist even when it is economically unviable.”

In the absence of domestic gas supply, South Africa would become increasingly reliant on imports.

The Pande and Temane gas fields in Mozambique were running out and now attention was fixed on the Rovuma Basin in northern Mozambique as an alternative.

“But even if Rovuma is further developed and the minimum length of pipeline (1,460 km) constructed, there is still risk of supply cut-off due to insurgency. This possibility was demonstrated in April 2021 when Total was forced to close gas operations, withdraw staff, and declare force majeure at their Afungi site within the Rovuma Basin area.”

Relying on a single pipeline that was vulnerable to damage or sabotage was a significant risk.

Liquid natural gas (LNG) imports via the sea to Richards Bay, Coega, or Saldanha had lower investment requirements and shorter lead times compared with developing domestic offshore gas or regional piped gas imports. However, LNG imports to South Africa would be vulnerable to unpredictable exchange rate fluctuations and global LNG prices, so there was no certainty on whether imported gas was affordable.

“To illustrate the possible extent of price volatility risk, in October 2021, spot prices for LNG in Asia reached over $56 per million British thermal units, an increase of almost 900% in eight months since February 2021.”

The impact of these gas prices could push the controversial Karpowership projects tariff to about R6 ($0.41) per kWh, more than 10 times that of renewables – but transparency on the tariff structures would be required to fully understand sensitivity to gas prices.

Rocketing energy price increases caused by Russia’s recent invasion of the Ukraine provided another important lesson on the risks of relying on imported gas.

Based on system analysis, major investment in gas-to-power would be “a costly mistake,” said Cape Town-based lead author Richard Halsey.

“We strongly believe that a moratorium should be placed on the development of the gas-to-power sector, and further research should be done to better understand how advances in alternatives to gas will affect the optimal energy mix.”

This least-risk strategy would also provide sufficient time for new technologies, including green hydrogen, to mature sufficiently to play a role in the post-2035 electricity sector.

They note that Eskom is in a financial crisis, with massive debt and no clear solution to this problem, making the state power utility particularly vulnerable to any projects that could add unnecessary financial risk.

“There remains some uncertainty about what the future will bring, which is why a decision on future balancing needs should be postponed. South Africa should focus on low-risk, future-proof strategies to end load shedding and curb electricity price hikes.

“The short-term focus must therefore be centred on a rapid addition of least-cost renewable capacity coupled with storage, and increasing energy efficiency. The energy sector is in a disruptive phase due to rapid advances in technologies that compete with gas functions. Because gas is both high risk and not necessary in the power sector until at least 2035, a decision on a future requirement for gas should be revisited around 2030 based on available technologies and costs at that time.” DM/OBP

The International Institute for Sustainable Development describes itself as an “independent think tank working to accelerate solutions for a stable climate, sustainable resource management, and fair economies”. It has a staff of more than 120 people in Canada and Switzerland, with over 150 associates and consultants in other parts of the world. The institute’s 15-member board is chaired by Michelle Edkins, the managing director of the BlackRock investment management group.