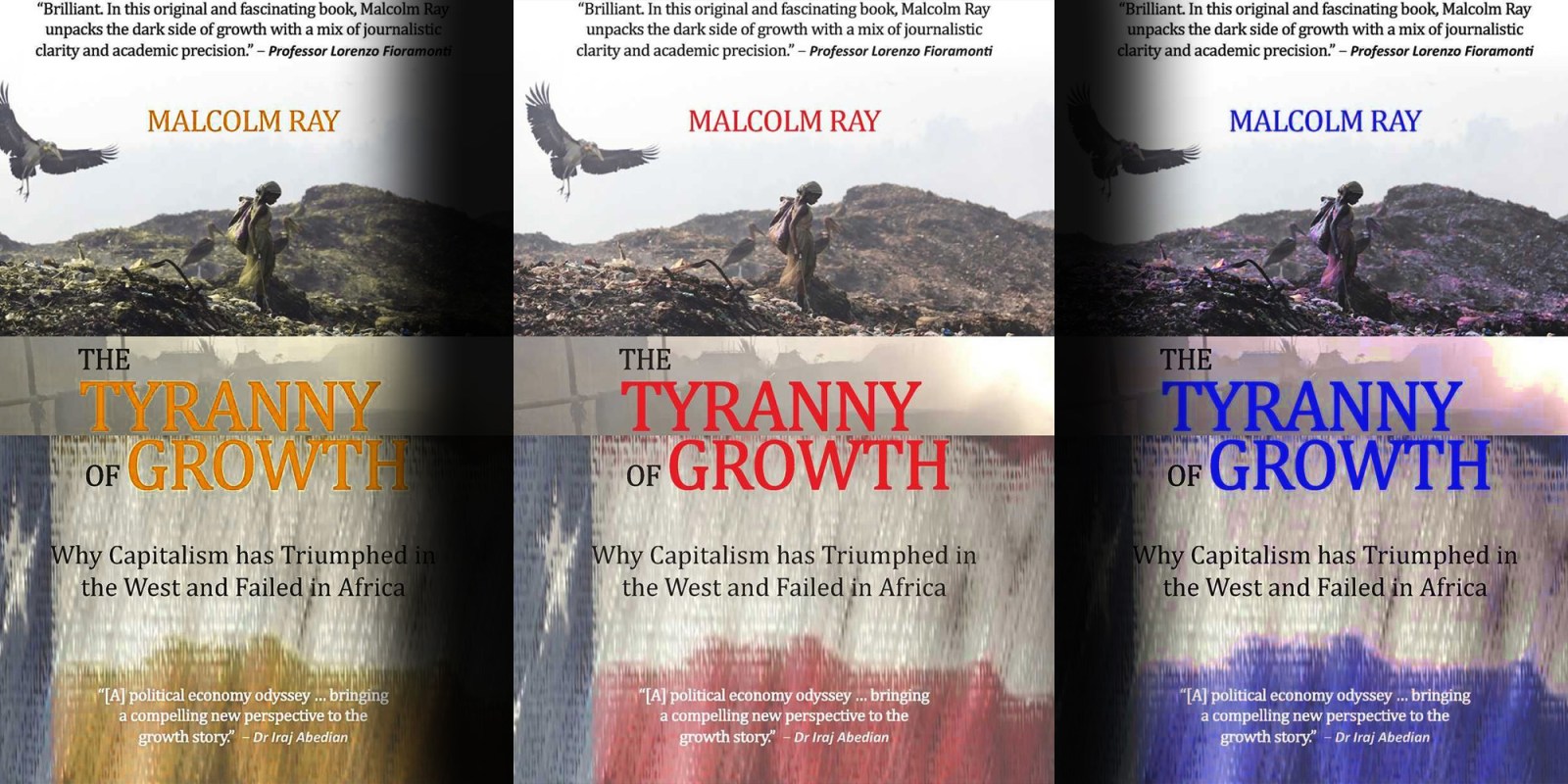 Like a detective, Malcolm Ray de-layers much of what in official economic history has been repeated as palpable facts, tracing the rise of GDP and its hollowing out by a misguided vision of growth. ‘The Tyranny of Growth’ is published by Melinda Ferguson Books.

Nothing in modern economics is as controversial as “growth” and its measure of gross domestic product (GDP). Ever since the restructuring of global economic and financial institutions in 1944 as part of the post-World War 2 Bretton Woods accord, our accounting of socioeconomic development has been a bone of contention, not only among economists themselves but between economists and social science practitioners of sociology, political science and public policy.

A central contribution of Malcolm Ray’s book, The Tyranny of Growth, to current concerns about rising inequality, poverty and ecological ruin in the global economy is the demythologisation of GDP growth through a factual recounting of its history. In his recording of the genesis of GDP as a political economy construct, Ray explores the rich political and ideological ramifications associated with its adoption and some of the profound, albeit depressing, realities of the prevailing policy paradigm for Africa and the world in general.

The narrative arc of the book is a fascinating and timely political economy odyssey, tracing the rise of GDP and its hollowing out by a misguided vision of growth that has been the central preoccupation of national and international institutions and policymakers over the past century.

The book begins with a detailed account of intense ideological battles in the West, and the cast of characters behind them, in the tortuous build-up to America’s entry into World War 2 and the ensuing strategic and ideological drive to rebuild, stabilise and remove uncertainties facing war-ravaged economies.

Like a detective, Ray de-layers much of what in official economic history has been repeated as palpable facts, and painstakingly exposes the fakery of the growth doctrine, arguing that the truth about GDP growth is far more interesting for what it reveals about the intention of the administration of President Franklin Roosevelt to justify the costs to the economy of America’s entry into the war during the early 1940s.

The complex outcome was a measure of growth which included investments in weapons manufacturing and excluded social and ecological costs in national calculations of growth. It is this little-known byway in the historical record that Ray unearths in his attempt to expose the fallacy of the growth doctrine today.

In the immediate post-war era, this model of growth was institutionalised in the Bretton Woods accord as the principal ideological architecture for the reconstruction of European countries. The guiding principle was that “you cannot manage what you cannot measure”, hence the need for a measurable indicator of development as a proxy for tracking returns on the massive investments required to rebuild war-torn Europe.

Read in Daily Maverick: “We must return to the true meaning of ‘African Solutions to African Problems’ – but not where African elites are the problem”

In subsequent decades, global capitalism was shaped by this notion. Both international and national institutions designed their statistical agencies to operationalise the measurement of GDP across the globe, promote its integration into official public policies and ensure its currency in the private financial and commercial sectors.

The more the concept became popular, the more it became clear how deficient a measure it was of the complex interactions of humans, material resources, technology and the environment.

Yet, for the ideologues of crass capitalism, the framework was rewarding. Within five decades of tracking GDP, it became clear that “what you measure is what you get”. The narrow framing of the goal and measure of growth by material aims and unbounded consumer freedoms prefigured the rise of unprecedented income inequalities at national and international levels, the neglect of environmental sustainability and the near destruction of social cohesion.

Despite the efforts of concerned professionals within and outside the Bretton Woods institutions to remedy the shortcomings of this flawed measurement through supplementary assessment metrics such as the Human Development Index (HDI), the role of GDP has dominated global political economy discourses and policy formulations. As a result, the economic growth strategies of governments have become increasingly delinked from the lived realities of communities.

This “dehumanisation” of economic growth dynamics has been mirrored in the secularisation of social development and public policymaking and the consequent erosion of ethics in both the public and private sectors.

The upshot of these developments has been a steady and considerable loss of social welfare in most societies. The loss of social capital, the mistrust between governors and governed during the Covid-19 pandemic and the growing loss of confidence in conventional institutions of governance within societies are but some indicators of the dehumanising effect of a flawed concept and measure of economic growth.

Ray’s concerns about the implications of the flawed global order for Africa merit special attention. In much of the global discourse on systemic and institutional designs and reforms, Africa does not feature prominently. Ironically, an oft-repeated justification in this context has been that the continent’s economic growth, measured by GDP growth rates, is not impressive or attractive!

The Tyranny of Growth is a critique of not only the derailed political morality of South Africa’s liberators and their counterparts on the African continent, but also an insightful reamplification of the flawed paradigm of global capitalism. The rise of elitism across all societies, the widening gap in income and wealth distribution and deepening systemic fault lines in today’s world order are analysed from a fresh and compelling perspective within a post-Covid framework.

Grounded in what Ray argues is a “humanitarian and civilisational inflection point”, amplified by the vulnerabilities and social risks of the pandemic, the book concludes with a call to action. In effect, Ray argues, the pandemic has forced us to confront our inability to manage financial sustainability – let alone the ecological sustainability – of the global economy and thus engage in serious reflection. A rethink is required.

The book is a must-read for students and scholars of economics, political economy thinkers, social activists and those who aspire to lead in both the private and public sectors. DM