Walnuts, a hard nut to crack 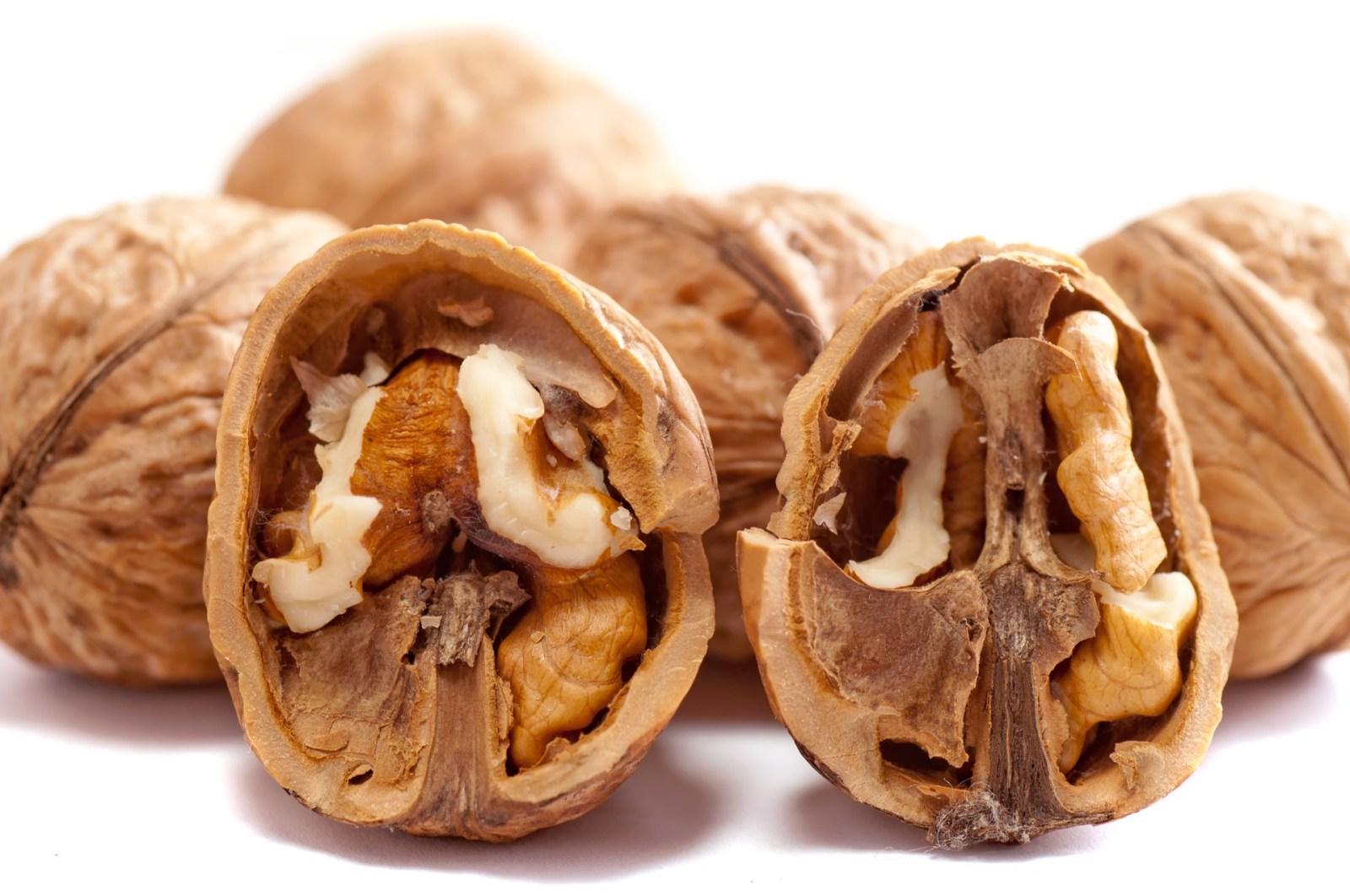 Walnuts are quite bitter and not to everyone’s taste. But, like many ingredients not wildly favoured in their own right, once you mix them up with other things they come into their own.

Walnuts are the “royal nut” of the Byzantine era. Though it’s not a true botanical nut, we call it that; we can’t get around it, nut being part of its name. And it has culinary uses far broader than we might think: Walnut butter, soup, cake, tart, pasta, fudge, muesli, ice cream, liqueur, oil, meatballs, even walnut pickle.

The walnut in its shell in the festive season packet of mixed nuts was always the one I grabbed first, just before the hazelnuts which I’d try to squirrel away for myself. Not because I particularly liked walnuts. I found them bitter, as many do. It was the shell that transfixed me. Perfectly formed, symmetrical, and of a hue you might choose for painting your walls; only just oval, and barely millimetres from being round. They called out to me to reach for them and wrap them in the rude nutcracker my dad loved to bring out at Christmas time. The one shaped like a woman’s legs up to the waist. He’d been in the Royal Navy and later the merchant navy, so put that down to sailor’s bawdy humour.

Pop them between the half-woman’s brass thighs and get her to squeeze rather hard and the shell would crack open to reveal nutty perfection within. A pecan nut looks almost identical but has a far more palatable flavour, lacking the walnut’s bitterness, but if they were measured by the beauty of their husks, the walnut would win hands-down.

Walnuts come into season earlier than pecans, so the ones I bought last week were from the tail-end of the season while we’re still waiting for their more arguably desirable cousins; both are popular crops in the Eastern Cape Midlands where we can buy them directly from the farmers who produce them and they’re stocked in the local stores in plain packaging. The ubiquitous commercial 100 g vacuum packs are not for us, unless out of season.

But that bitterness that has many of us leaving the walnuts uneaten in the bags of mixed nuts comes into its own when used as an ingredient of something else. A pesto. In a stuffing for a roast chicken. In cakes. In a tart, as an alternative to pecans. As part of a crumble for a fruit tart. Chopped, toasted and sprinkled over pancakes with honey or maple syrup. In a nutty seed bread.

In Syria and Turkey, walnuts are used in muhammara, a red pepper dip. In old Persia, now Iran, in fesenjan, a walnut and pomegranate stew. That makes perfect sense, the nut and the fruit ripening in the same season. This is food for thought for those who live in the Karoo and find themselves with so many pomegranates yet, perennially, very few ideas of what to do with them other than turn them into pomegranate syrup or strew them over a salad.

In Mexico, chiles en nogada is stuffed poblanos with a walnut cream sauce and pomegranate seeds. Iran/Persia also has ann-e-gerdui, enticing little walnut shortbreads. They’re also in Lebanon’s sought-after ma’amoul butter biscuits, in Egypt (and beyond) in dukkah/duqqa seed, herb and nut mixes, Algeria’s dziriat almond tarts, and in baklava recipes from Greece and Turkey to Syria and Algeria. There are candied/ sugared walnut recipes in cuisines on every continent, from India’s barfi, the fudge-like sweets, to Brazil’s camafeu de nozes, walnut candy.

In Italy you may find them in a walnut sauce for pasta. For Salsa di noci, blanched walnuts are peeled and then pounded in a mortar with garlic and olive oil, and moistened with bread that has been soaked in milk. A hint of nutmeg would enhance this, but go lightly on the finely grated Parmesan.

In Native American cuisines, walnuts feature in kanuchi, a pureed nut soup, though the tradition is for hickory nuts, walnuts and pecans both falling into that category.

In recent days I have made a walnut and date stuffing for roast chicken, with onion, celery, honeymush spice, snowbush/ kapokbos spice (wild rosemary) and bound with beaten egg. I also ran up a pesto of broccoli and walnuts with Parmesan, garlic, olive oil and coarse salt.

Then, especially for this column, I set about adapting my old pecan pie recipe for walnuts and, again, dates, which I think are a good match for these nuts that aren’t nuts and which we aren’t all nuts about. But we can be, if we use them like this… (See this recipe for Tony Jackman’s walnut and date tart.) DM/TGIFood