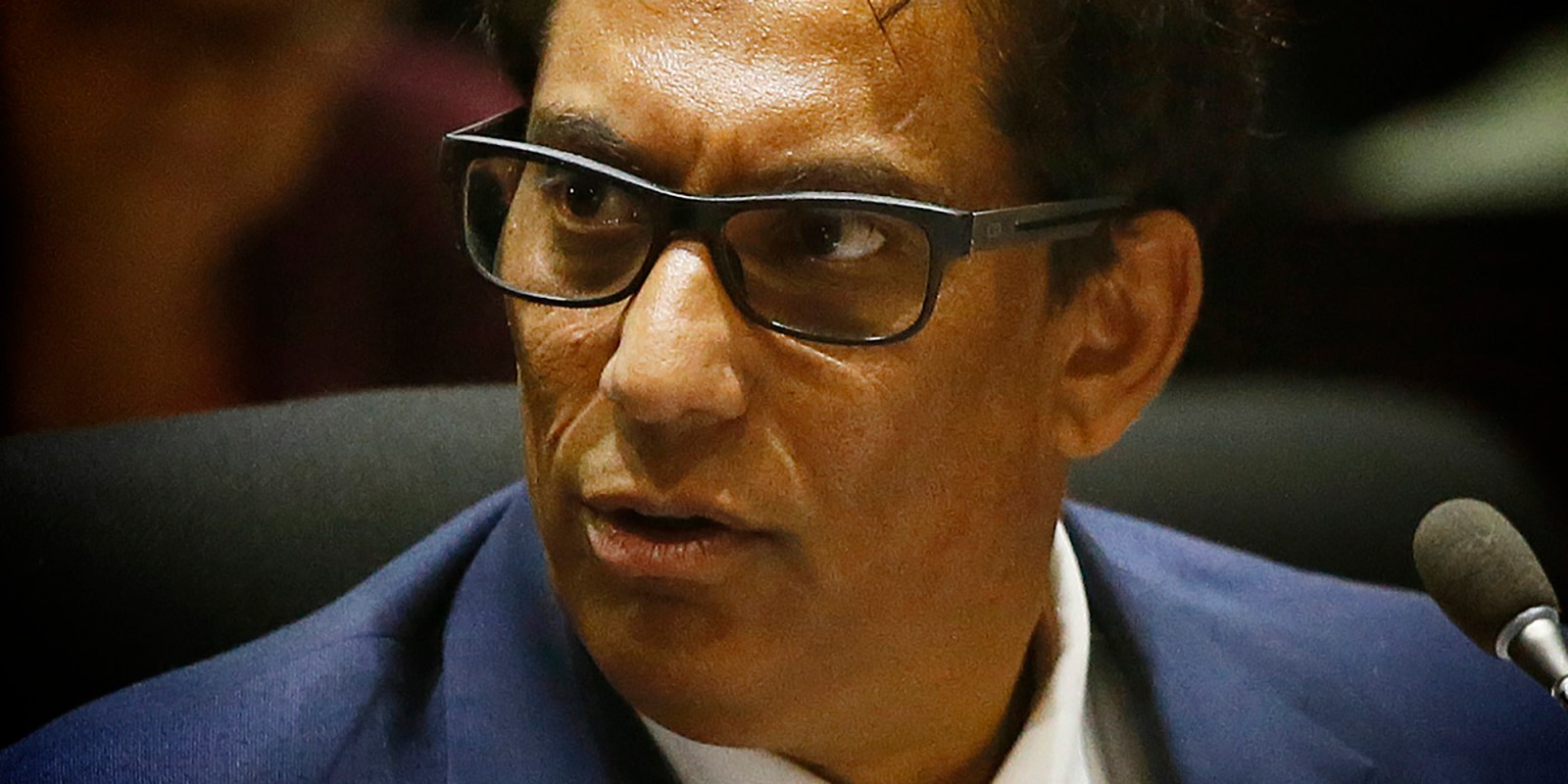 South Africa is the kind of country that makes you worry a bit about the future of satire. In fact, it would be fair to say that the whole world is having a bit of a satire crisis right now. The problem is that distinguishing between satire and non-satire is becoming trickier.

Some of the best examples of satire, or irony, have been published by the satirical magazine The Onion. (That statement wasn’t itself satirical, btw). For example, the magazine published the headline, “World Death Rate Holding Steady at 100 Percent”. The article went on to quote World Health Organization officials expressing disappointment that despite enormous efforts by doctors, rescue workers and other medical professionals worldwide, “the global death rate remains constant at 100 percent”. Death, it said, has long been considered humanity’s “number one health concern”.

So, about AYO Technology Solutions.

If ever there was a company that stretches the public’s credulity, it is AYO Technology Solutions. I should mention that I, and Daily Maverick and several other media organisations, are being sued by AYO. But the good news is that I’m in excellent company, because nine banks are also involved in legal proceedings with AYO and the 43 associated companies in the group.

To say that AYO has been through the mill would not be an exaggeration. (I’m being slightly satirical there — I think it best if one does in fact specify.) It all started when AYO was granted a R4.3-billion investment from the Public Investment Corporation (ie from State pensioners) of which a little more than R2.2-billion is left partly consequent on the company’s wise and well considered decision to pay dividends despite declaring losses.

Is that an act of corporate satire? Hard to know, but close.

Then, earlier this year, two of the company’s directors, Mbuso Khoza and Telang Ntsasa, were disqualified from serving on the board of any listed company for the next five years, because of anomalies in the 2018 interim results, in which there were material errors. That would be the first set of results after the company’s listing. It took four years for that decision to be made.

So now the latest is that all of SA’s major banks have decided not to bank AYO or its subsidiaries because they argue there is reputational risk here. AYO is taking the banks to the Equality Court and the Competition Commission, arguing that — and this is not satire in the sense that it’s true that this is the allegation — the banks are colluding and are racist.

No actual evidence of collusion has been presented, the respondents claim.

But one of the banks did notice that R25-million was transferred from the African News Agency (one of the associates in question) to Survé’s personal account, which Sekunjalo initially said was to fund Survé’s divorce settlement in August 2016. And other things. So there is that.

I asked the JSE what happened here and the JSE said, “At this stage we have no reason to suspect any market abuse. The drop in the price to 3c when the market opened and the rebound to R3,50 seem to be a function of a very wide bid-offer spread and a thin order book… The less liquid shares with wide bid-offer spreads are going to experience this type of price volatility from time to time.”

AYO, however, was outraged. The company called it “deliberate sabotage” and requested the JSE to investigate.

“AYO has previously pointed out to the JSE and FSCA that certain journalists are working in collusion with specific asset managers and hedge funds, to intentionally shorten (sic) the company’s share price.  In 2019, there were communications with these bodies bringing to their attention that there had been sceptical (sic) trades between 2018 and 2019.

“Instead of looking into the matter on AYO’s behalf, the FSCA (Financial Services Conduct Authority) chose to raid the offices of Sekunjalo Investment Holdings.  It should be noted that nothing untoward was found and that the raid itself was unlawful,” the company said.

Interesting that the subject of this raid should come up, because here is the satire/non-satire. When the PIC invested in AYO way back in 2017, the PIC protected itself somewhat by agreeing that if the shares slipped below R30 per share for a certain length of time, the organisation would have a claim on roughly R1-billion in AYO shares.

The market was not aware of this agreement, but miraculously the share price did stay above R30 for most, but not all, of the first year. But it is alleged that most of the buying came from Survé’s friends, family and associated companies. That is precisely what the FSCA is investigating — and has been for three years.

So … here is a company complaining about share price manipulation which the company is itself accused of. Is that satire? No, because it’s true. But it is satirical. BM/DM