Wasted millions-did Department of Water and Sanitation cover up its own probe? 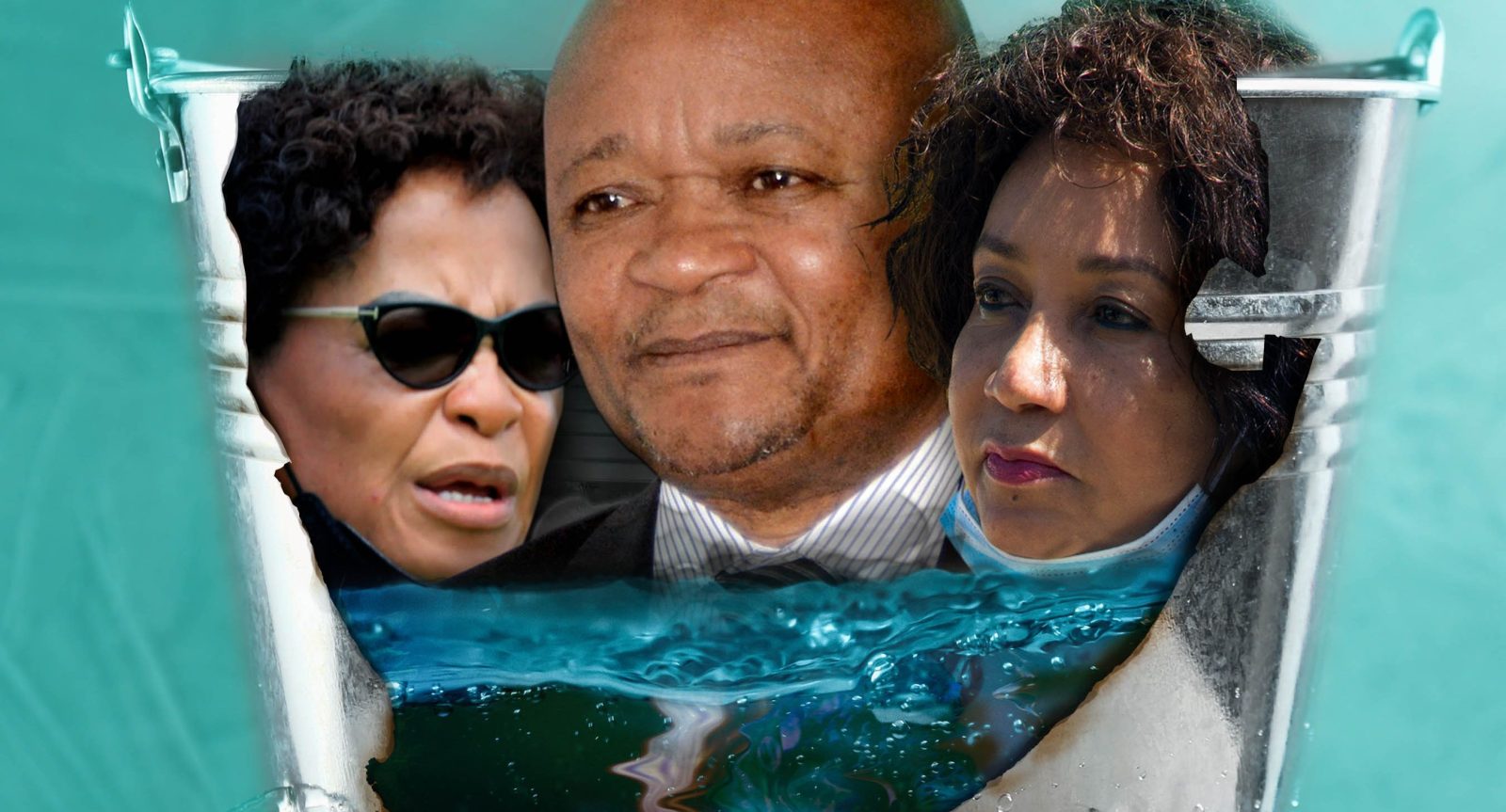 Department of Water and Sanitation Minister says a disciplinary committee into alleged corruption and misconduct was suspended because it ended with the term of former MInister Lindiwe Sisulu, but the Watergate whistleblower asks why the new minister and DG do not follow up on the close to R36 million rands of investigative work done

Minister of Water and Sanitation Senzo Mchunu made a frightening admission on 8 March 2022 when addressing the water and sanitation parliamentary portfolio committee. He said that his department has “become a police station, with the large number of corruption cases leveled against officials, and the investigations still underway in the department”.

Despite this admission, Daily Maverick has had difficulty getting answers from the department, specifically with regards to confirming the fate of the approximately 65 senior department officials who were either being investigated or charged by a disciplinary committee for the alleged wrongful expenditure of more than R31-billion, as detailed by a whistleblower involved in investigating the corruption in our first article.

Show me yours and I’ll show you mine

In response to queries from DM168, the director-general of the Department of Water and Sanitation, Dr Sean Phillips, answered through department spokesperson Sputnik Ratau:

“We have not been provided with the report which you are using as your source, and we would like to reiterate that we would welcome receipt of any evidence of financial misconduct by our employees.”

In an online interview, Mchunu explained that  the leaked disciplinary committee investigation – “ended with her [former minister Lindiwe Sisulu] term of office.”

In an interview on SAfm’s AM Live last week, Mchunu reiterated that the work of previous minister Sisulu’s disciplinary committee – which he explained to Daily Maverick is the same as an advisory committee – ended when she left the office.

‘What they should’ve done’

The whistle-blower, with decades of investigative experience, says Mchunu and Phillips should both – with the latter having this week confirmed that the department is “committed to proper consequence management for financial misconduct” – answer why they didn’t pick up where the investigation had left off, ready to pursue their colleagues and comrades through the remaining trusted legal channels available to them.

“The [Department of Water and Sanitation] is cooperating with the SIU on an almost minimum need-to-know basis, but only when required under order of Presidential Proclamation,” said the whistle-blower.

The approximately R36-million spent on the Department of Water and Sanitation investigation – which exposes evidence of corruption and rot that had set in at the department over at least 10 years – appears to have been whistled away by the department’s hierarchy as an inconvenient truth.

The question is why, accompanied by about 65 versions of “what happened” and even a “how”.

This little CFO took to the sky

An example from the leaked files is a supply chain management process surrounding an R500-000-plus charter flight for then water and sanitation minister Gugile Nkwinti.

The report into the irregularity concludes that a deputy director-general (Daily Maverick has seen the name in the DWS document)  sanctioned then acting chief financial officer (CFO) Frans Moatshe’s irregular expenditure involving the charter of a helicopter for Nkwinti, resulting in the risk assessment audit team advising that the deputy director-general had not complied with the Public Finance Management Act and “should be investigated”.

In his response, director-general Phillips says: “The Department does not have any evidence of financial misconduct by Mr Moatshe and there is no investigation against him.” CFO Moatshe was supplied with the relevant paragraphs from the department’s investigation, but, as with Phillips, would like to see the leaked investigation documents before commenting.

Referring to the charge sheet for the department’s deputy director-general of national water resources infrastructure, Zandile Makhathini, Phillips confirms that Makhathini is on suspension, “charged with financial misconduct related to the SAP licences, SIU investigations: progress report; Department of Water and Sanitation challenges: Treasury briefing, with DWS Minister | PMG, and a project in KZN”. Her disciplinary case was “currently in process, and that finality is expected shortly”. As reported in Business Day on 22 October 2018 (“Water deputy director fired because of lack of ‘trust and confidence’”), Makhathini had already been fired by the department in 2018, facing four charges of misconduct.

Continuing with his roll call of the investigated-and-resigned-before-they-might-have-got-into-trouble, Phillips confirmed that the department’s former chief director of communications, Janine Julies Nale, had been served with a charge sheet in connection with “allegations of violations of SCM [supply chain management] policies and procedures … but before the hearings could be concluded, she resigned”.

Julies Nale denied she was presented with any evidence of wrongdoing. Instead, she said that bogus charges were leveled at her when Lindiwe Sisulu was the Minister and as a result, she was put on precautionary suspension. “Disciplinary hearings relating to me were never conducted as I never committed any acts of misconduct. I was never called to attend a disciplinary hearing or presented with any evidence of wrongdoing.”

She said she returned to work when Minister Mchunu replaced Minister Sisulu in August 2021. The former chief director said resigned from the department more than two years after the dubious charges were leveled against her, to take up further studies in a different career field.  DM

Daily Maverick apologises to former DWS chief director of communications Janine Julies Nale for failing to obtain her response prior to publication.

This is an edited and updated version of a story that first appeared in our weekly Daily Maverick 168 newspaper which is available for R25 at Pick n Pay, Exclusive Books, and airport bookstores. For your nearest stockist, please click here.