WHY ARE WE WAITING: OP-ED 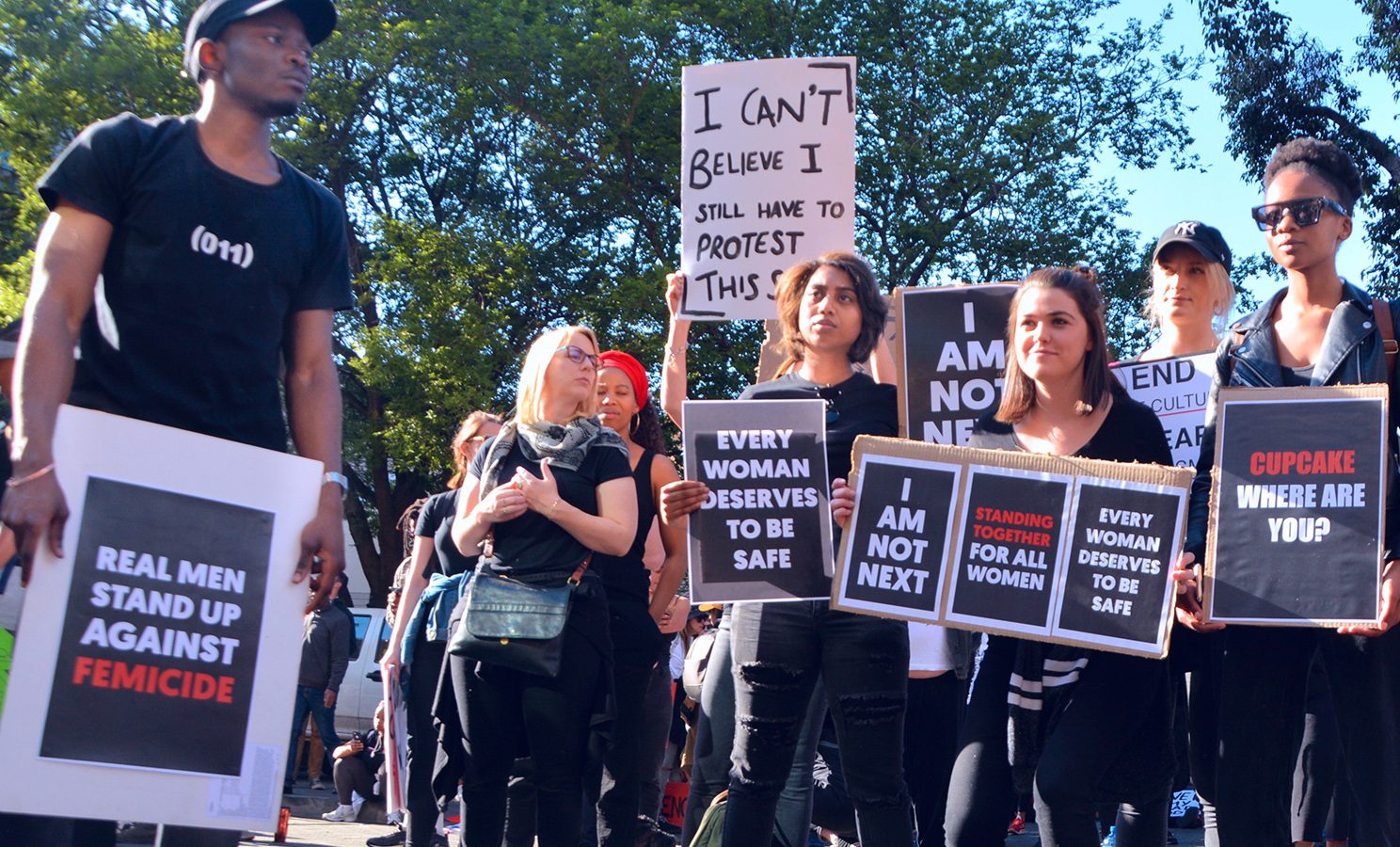 Marchers protest against gender-based violence in Johannesburg in 2018. Freedom from violence – enshrined in our Constitution – remains elusive. (Photo: Katty Vandenberghe)

It’s impossible to forget the thousands of South Africans who marched and gathered on the grounds of the Union Buildings in August 2018, or the declaration they handed to the President. They wanted freedom – freedom from violence, freedom from a criminal justice system that was dysfunctional, freedom to walk the streets when and if they chose.

It’s similarly hard for anyone who attended the Gender-Based Violence and Femicide (GBVF) Summit in November 2018 to forget the stories of abuse that were told there, how the President wept upon hearing them, and how the event was resolved with a declaration that committed the state to action. The resolutions from that summit included that a “national, multisectoral coordinating body must be established within six months of the signing of the summit declaration”, with the body to be championed by the President, resourced adequately, governed by a suitable statutory framework, inclusive in its representation, and transparent in the manner it appointed representatives. The idea was that better coordination would mean a more effective response to gender-based violence (GBV) prevention and survivor support. Three and a half years later, those commitments are yet to be met.

Readers with a memory that goes further back than 2018 will remember there was already an attempt to introduce a National Council on GBV in 2012. By 2014, the structure had collapsed due “to a number of factors such as lack of resources, poor institutional capacity, lack of political support from government, and a lack of effective involvement by civil society partners”, according to a 2021 Commission for Gender Equality report. The report also noted that the “country did not seem to have a clear and effective institutional basis on which to coordinate its responses to tackle the scourge of GBV.” The lack of legislation, the report posits, was one of the challenges that led to the eventual demise of the 2012 structure.

This time around the Department of Women, Youth and Persons with Disabilities sought to change that by introducing a law to set up the council. A draft bill was published six months ago, in October 2021, and according to Shalen Gajadhar, director of communications at the department, the bill “has gone through consultations in all nine provinces. All organisations varied from province to province, however a wide range of voices formed part of the consultations into the bill”.

Yet to date, the National Council on Gender-Based Violence and Femicide exists only conceptually, with the bill “currently being consulted with National Economic Development and Labour Council (Nedlac) before submission to Cabinet to request for approval to table it in Parliament”, according to Gajadhar. The department expects that the bill will only be introduced into Parliament by July 2022. The government has given itself even more leeway than that, with the NSP only setting a goal of establishing the structure by the end of 2024 – six years after the GBV summit, instead of the six months envisioned by the hopeful activists in November 2018.

Transparency, too, is something that has fallen by the wayside in state structures. As the government developed the National Strategic Plan on Gender-Based Violence and Femicide, and set up structures such as an Interim Steering Committee (ISC) on GBVF. The Commission for Gender Equality’s report highlights this absence of information, and reluctance on the part of government officials and civil society organisations to participate in its study. The report states that “given the widespread reluctance and fear among some of the members of the steering committee to be interviewed for this study, it was impossible to obtain insights regarding internal systems, processes and governing structures, including levels of participation and involvement of key stakeholders, in this process of setting up the ISC”. The ISC’s work, what it achieved or did not achieve, and who was pulling the strings, remain shrouded in mystery. Ironically, the commission declined to comment for this article, with CEO Jamela Robertson saying that “unfortunately the CGE cannot comment outside of the formal research done”.

At government level, an interministerial committee (IMC) on GBVF was re-established in June 2020 (a previous iteration was created more than a decade ago) which includes the Minister for Women, Youth and Persons with Disabilities, th Minister of Social Development, the Minister of Police, the Minister of Justice, the Minister of Public Service and Administration, and National Treasury. Their work is rolled out by a technical task team made up of senior managers from the relevant departments. Despite being a government structure run with public funds, minutes from the task team or the IMC are not public, hence an understanding of how they work remains inaccessible to the public. “The meetings themselves are closed,” says Gajadhar, “however, media statements and updates are provided via the media and via NSP collaborative networks.”

In the absence of the council, yet another structure has been set up. It was initially called the NSP Collaborative and now “has been ‘rebranded’ as the End GBVF Collective”, according to Gajadhar. This structure, he says, is a “voluntary multisectoral implementation collaborative” which has “ensured the participation of all stakeholders, in particular civil society”. Its members include 400 people, “spanning civil society, labour, business, faith community and researchers”, and “it continues to grow”.

This collective has a website, social media pages where it publishes updates on its work and activities, and aims to raise awareness of this issue 365 days a year. It is possible for anyone to join and to participate in the monthly meetings or pillar working groups. While the website says the members represent the delegates of the GBV Summit, there is no official information about the funding of this structure, its leadership or a list of its members on the website. When Gajadhar was asked for details on the spokesperson, he indicated that there wasn’t one, but instead there was a communications support team.

While it is positive that attention is being focused on the NSP, and efforts are being taken to make the management of the NSP more inclusive and representative, it remains worth noting that this structure is operating on a voluntary basis, and information about its funding and membership is still vague. As its April 2022 newsletter notes, “we are just over two years into implementation by simply coordinating the resources we have at our disposal through cooperation, collaboration and creativity”.

Eight years after the first GBV Council collapsed and three and a half years after the GBV Summit, the commitment to a council has not yet been kept and freedom from violence – enshrined in our Constitution – remains elusive. DM/MC