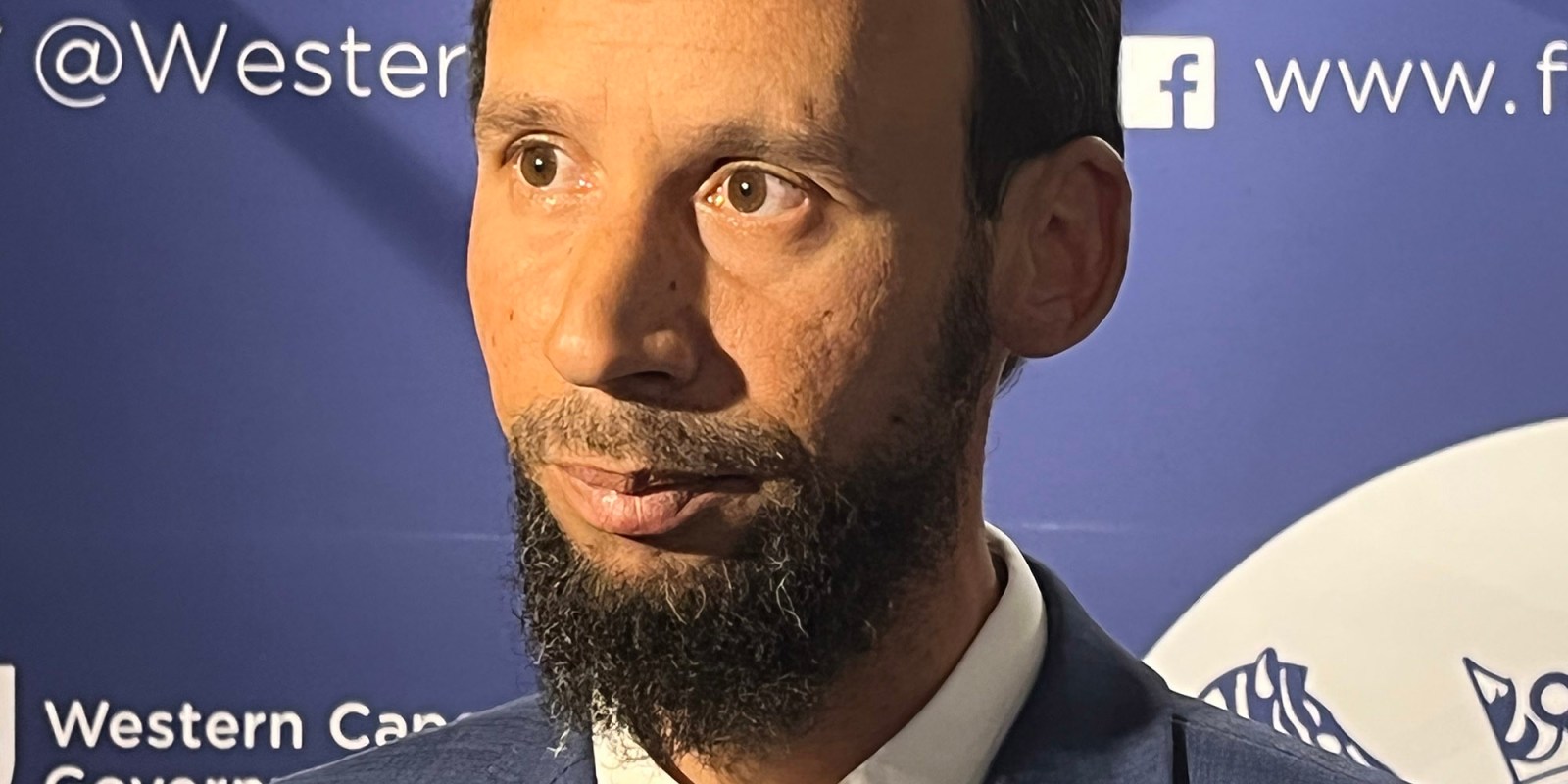 Reagen Allen, the newly appointed Western Cape MEC for Police Oversight and Community Safety, says playing politics with the lives of people does not sit well with him. He steps into a position that comes with a history of politicking while communities are ravaged by crime and gangsterism.

‘I think many people are tired of politicians fighting,” said Reagen Allen soon after being appointed MEC for Police Oversight and Community Safety in the Western Cape. Allen told Daily Maverick that he wants to be clear, ethical and foster good relationships with police during his tenure.

Allen takes the place of the disgraced Albert Fritz, fired in March in the wake of allegations of sexual misconduct.

“I would want to work alongside the South African Police Service,” Allen told Daily Maverick after his appointment.

Previously, his new department, his party (DA) and the national government were at loggerheads over the roles and responsibilities of the police.

“I would not want to play politics… Community Safety is one of the places where a whole lot of politics has been played in the past, in the present,” he said.

Allen told Daily Maverick that “playing politics with the lives of people doesn’t sit too well with me”. He said squabbles among politicians detracted from the fight against crime.

“It [the fight] should be directed at gangsterism and drug abuse,” he said.

As MEC, he wants to “strengthen the hands of SAPS members who are, on a daily basis, telling me how tired they are, how overburdened they are”.

Allen’s goals are twofold: hold the SAPS accountable for its inefficiencies and make sure the promises made by Winde, in his ambitious Safety Plan, to halve the murder rate in 10 years are seen and felt on the ground.

“The sad reality is that you feel what communities are going through, because, not too long ago, I was one of those people who felt and saw acts of gangsterism and crime,” said Allen, a former resident of Mitchells Plain, an area in Cape Town severely affected by crime, gangsterism and substance abuse.

Who is Reagan Allen?

“I am a person who is committed… who would want to do his utmost best to actually see a difference, feel a difference… where there are people in the province who are able to feel safe and secure in order to live their dreams,” he said.

Allen was born and bred in Rocklands, Mitchells Plain. He worked in various fields, including in the non-government sector, as well as a stint as a debt counsellor. He was also part of the DA’s Young Leaders programme.

In 2018, he won the Cape Town Comedy Club’s #yourfunnycider competition. Also in 2018, he took up a spot in the Western Cape provincial legislature, having taken the position from Dan Plato.

In 2019 he was returned to the legislature, where he became chairperson of the committee on community safety, cultural affairs and sport. In the lead-up to the 2019 national and provincial elections, Daily Maverick reported that Allen was a runner-up in a cooking competition featuring politicians and hosted by Radio 786 during the Ramadaan Expo.

In recent months, Allen has been speaking out on issues such as crime and gun violence in the province. He told Daily Maverick that empathy, compassion, experience and political will all played a vital role in making his job successful.

Reaction to the appointment

After announcing Allen’s new position, Winde told Daily Maverick that it had been a tough time for him lately: first came the resignation of Bonginkosi Madikizela in a CV scandal, then the Fritz firing. This was followed by the resignation of Education MEC Debbie Schäfer last week.

Winde said of his new cabinet members — Allen and DA chief whip in the legislature Mireille Wenger (who will be MEC for Economic Opportunities and Finance) — that they bring in “new energy” and that he was looking forward to the next two years, which will mark the ending of his first term.

The DA wished Allen and Wenger good luck and said they both brought “a wealth of experience and a passion for serving communities”.

The ANC, the official opposition in the legislature, described Allen’s appointment as a “joke”.

“He will fail to rein in crime just as the disgraced and dismissed Albert Fritz did. With him around, criminals will sleep safer and the areas in which they operate will continue to be unsafe,” a party statement said.

The GOOD party, a vocal opponent of the DA and the way policing is handled in the province, said it hoped Allen’s appointment would bring “impactful solutions for safety and security that will reach those communities who are desperate for working solutions to decrease crime”.

The party’s representative in the legislature, Shaun August, said: “We call on Minister Allen to rein in the rogue and unlawful policing units operated by the city and partially funded by his department’s budget.”

Read in Daily Maverick: SAPS and the City (of Cape Town) — turning tables of suspicions and suspension

“I want to bloody make a difference,” Allen said.

“I think if I leave after two years and I don’t enter politics again, I want to look back and just say, ‘yes, man, there’s a small dent’ — otherwise I wouldn’t be able to sleep properly.” DM