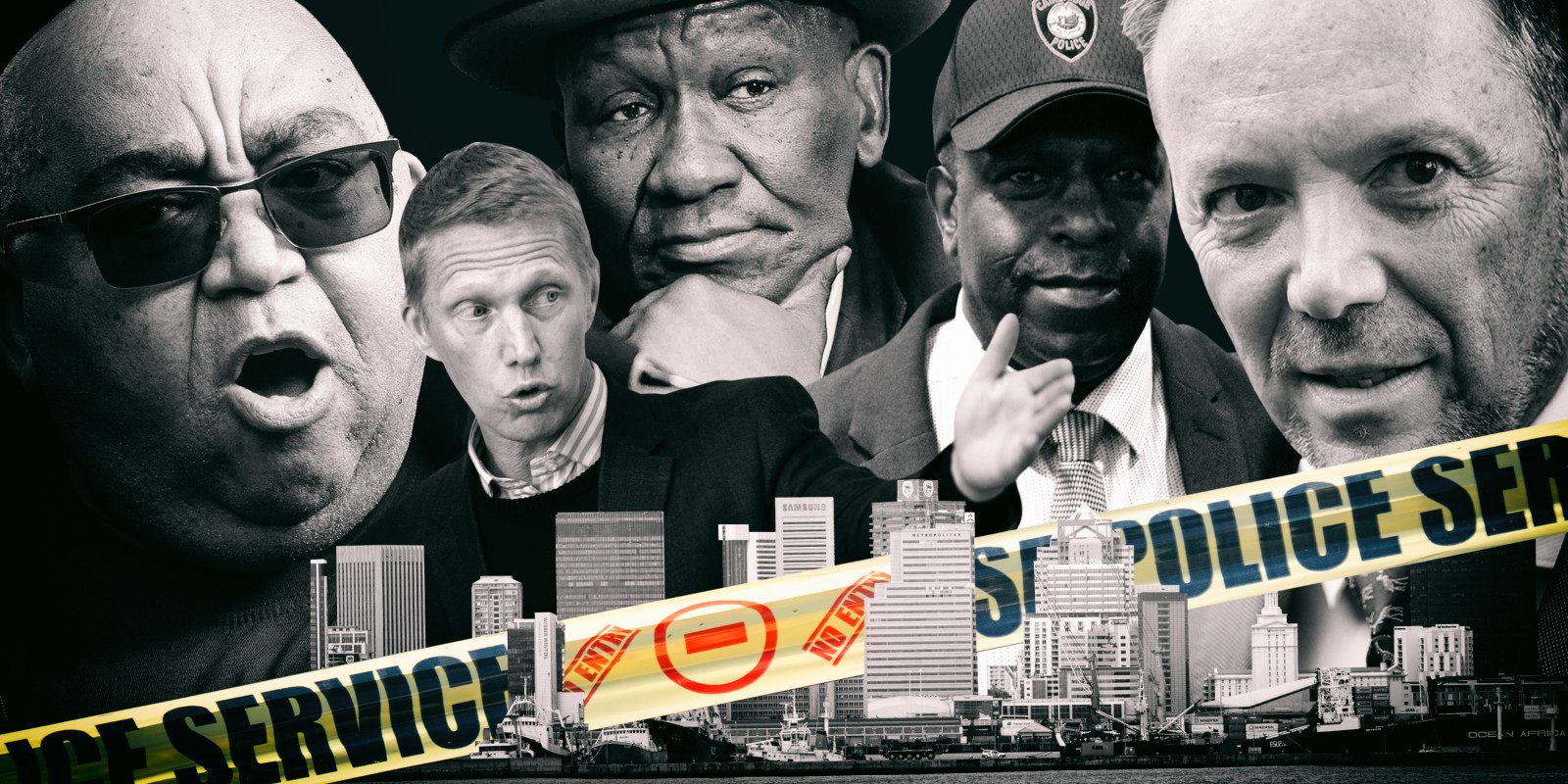 The South African Police Service falls under the ANC and often comes under fire for claims of misconduct in its ranks. But possible cracks have started showing in security structures linked to the DA-run Western Cape government and City of Cape Town, and the politically loaded policing tables are turning.

First, in December 2021, news emerged that a prominent member of the City of Cape Town’s Safety and Security Directorate had been arrested. Again.

And not even two weeks ago, news broke that the Western Cape’s community safety MEC, Albert Fritz, had been suspended — over sexual misconduct allegations, it turns out.

This is obviously worrying for several reasons.

The Western Cape is South Africa’s gangsterism capital, and the City of Cape Town is home to underworld court cases resulting from crimes including assassinations and alleged drug dealing.

Thorough, clean and unified policing is needed to tackle this.

All too often, though, there are claims of cops and government officials colluding with criminals.

This has further fuelled political tensions over policing.

The DA in the province and Cape Town run certain elements of law enforcement, but have called for what the national ANC government is opposed to — a police service run by the city because it basically feels the ANC is failing to provide adequate policing.

But it seems elements of its own safety structures may have flipped inside out.

While the ANC is often in the line of fire in this arena, the DA now seems to be increasingly feeling the heat.

This is messy terrain and in other instances — for example, the DA’s former community safety MEC, Dan Plato, was once accused of running a smear campaign against a cop with ties to the ANC, which he denied — claims of set-ups have emerged.

He faced charges with two others — Asif Khan, the director of a construction company, and Paul Scheepers, a former Crime Intelligence cop — in connection with tender fraud involving hundreds of millions of rands.

Scheepers has his own politically loaded history with the city and province, having previously found himself at the centre of a spat in which the DA was accused of spying on the ANC and vice versa.

He and Talmakkies being accused in the same case is curious, as it implies two former police officers, part of the national ANC government’s SAPS, moved into DA circles and possibly got up to no good.

In the case of Talmakkies, back in April 2021 Daily Maverick revealed that he had also been criminally charged in a case involving alleged docket tampering linked to a police station in Mpumalanga.

This fraud case, in which he pleaded not guilty, appeared to date back to 2016.

Talmakkies is, therefore, an accused in two separate criminal cases in two provinces.

He was once apparently linked to the city’s controversial Safety and Security Investigations Unit (SSIU).

Cape Town mayor Geordin Hill-Lewis said last month the unit ensured the city “maintains its record for the lowest levels of corruption among its policing and enforcement staff so that we do not degenerate into the bribe-taking chaos observed in police forces elsewhere in South Africa”.

Talmakkies was named in media reports as the unit’s head.

In the most recent bout of controversy linked to it, the Good party’s secretary-general, Brett Herron, who was previously with the DA, labelled the SSIU a rogue unit following Talmakkies’s latest arrest.

It was not the first time the unit had been said to exceed its mandate.

The national police service, the SAPS, would therefore probably be involved in investigating a City of Cape Town investigative unit.

Last month, the city told Daily Maverick that Talmakkies was “alternatively placed” in the Safety and Security Directorate.

Mayoral committee member for safety and security JP Smith is the political head overseeing it.

The city’s website says the directorate “ensures that City by-laws and traffic regulations are enforced through the Traffic Services and Law Enforcement departments”.

It is meant to ensure that in certain instances the law is upheld.

This brings us to Fritz.

As Community Safety MEC he was meant to be overseeing safety issues in the province.

The Western Cape government’s website says: “The Department of Community Safety aims to increase safety for all the people in the Province by improving safety through effective oversight of policing, making safety everyone’s responsibility and optimising safety and security risk management.”

Fritz’s work clearly revolved around the safety of residents.

Fritz faced several allegations that were initially not officially elaborated on.

This week, following several media reports about the nature of the claims against Fritz, Western Cape Premier Alan Winde said: “I am now able to confirm that those allegations relate to sexual misconduct.”

An independent investigator was appointed to look into the allegations against Fritz.

A police investigation is not ruled out.

Winde said this week: “As the South African Police Service have made clear, in order to investigate the matter, they need a charge to be laid by one of the complainants.

“I have advised all the complainants that this can be done, and that they will be supported in doing so. The SAPS have also encouraged the same publicly.”

Winde and Fritz don’t quite see eye to eye with Police Minister Cele.

In October 2021, Cele said the Western Cape was one of two provinces in the country that received the most police resources.

Winde and Fritz reacted in a joint statement: “Any person who lives in the Western Cape’s crime hotspots knows all too well that there is not enough SAPS support to fight crime, despite the hard work of many officers on the ground.”

And a few months ago, Fritz lashed out at Cele.

“The first thing that needs to happen is an upfront acknowledgement by the ANC, as the national ruling party, and by Minister Cele as the responsible minister for policing, that we need a complete rethink of the nature of policing,” he said in September 2021.

“The bottom line is, Minister Cele, under your political watch SAPS has deteriorated into a dysfunctional, unaccountable organisation.”

If a complainant, or complainants, decide to lodge criminal complaints with the police about Fritz, it means members of this “dysfunctional, unaccountable organisation” will investigate his conduct.

The SAPS, via Cele, might also look into the city’s controversial Safety and Security Investigations Unit.

This is due to allegations, which he denied, that he did not cooperate with its investigation into why a cop who was assassinated in 2020 was not under state protection at the time.

Before this, in September 2021, Sitole was served with a suspension notice in relation to another matter — allegedly failing to assist Ipid.

It is beneath this national policing scandal that the DA’s Western Cape and City of Cape Town safety sector sagas are brewing.

And it is between these turning tables of politically loaded law enforcement fiascos that residents are stuck. DM