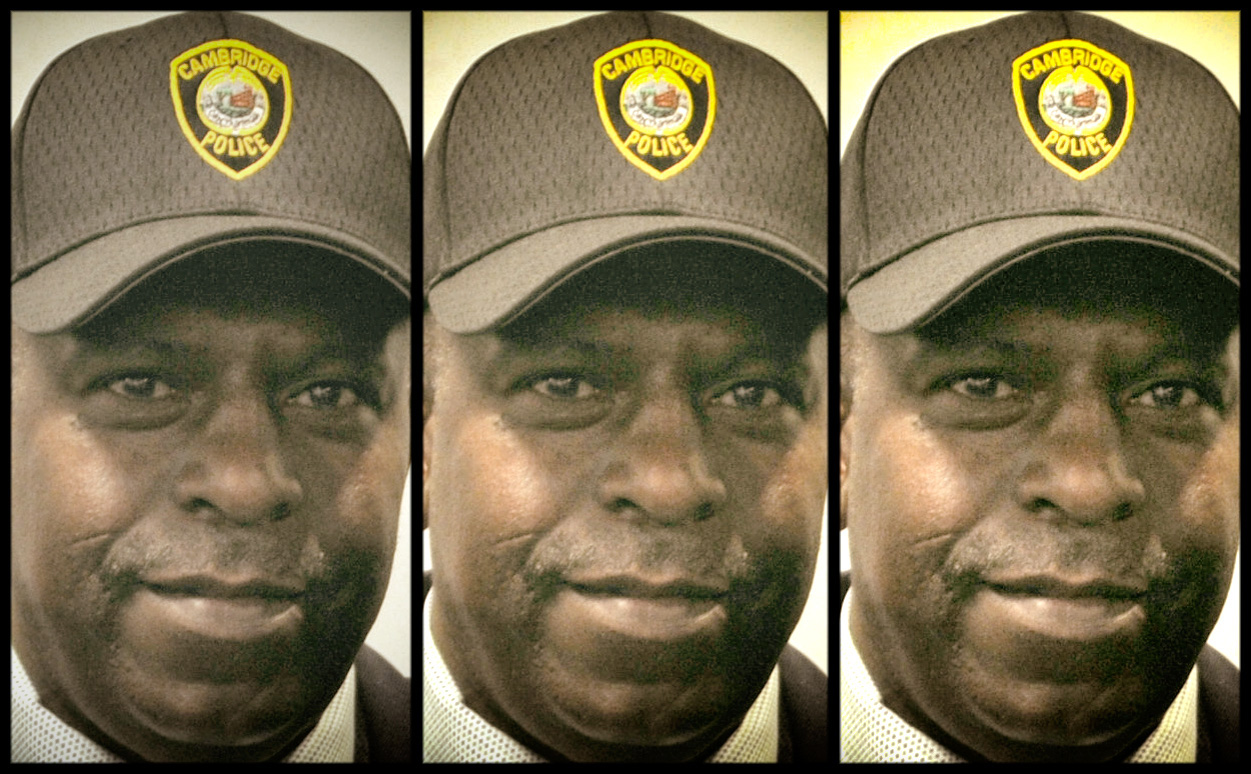 A former policeman who worked in a unit within the Safety and Security Investigations Unit, Reynold Talmakkies was arrested in the week of Eric Lamani’s death. (Original Photo: Cambridge Police's Twitter account)

The City of Cape Town’s controversial Special Investigations Unit was headed by Reynold Talmakkies, a former cop who, it turns out, has been criminally charged in an ongoing fraud case stemming from years ago and his time in the police service. He has denied the charges and remains employed within the city.

A former police officer who went on to head the City of Cape Town’s controversial Special Investigations Unit (SIU) – and who is still employed in the City’s safety and security directorate – is criminally charged in a case involving alleged docket tweaking linked to a police station in Mpumalanga.

Daily Maverick can reveal that Reynold Talmakkies is accused of fraud in this case, which appears to stem from 2016 and which involves allegations (some stemming from other cops) of effectively seeing to it that some dockets were not prosecuted, which in turn could be seen as manipulating crime statistics.

Talmakkies has pleaded not guilty.

His legal representative, John Riley, confirmed “a prosecution has been instituted against him.”

“The trial has commenced,” he said.

It is understood the court proceedings are playing out in Emalahleni (formerly Witbank) and that the charges relate to dockets effectively being nullified without official and proper processes being followed.

The National Prosecuting Authority’s Mpumalanga spokesperson, Monica Nyuswa, confirmed that Talmakkies and a second accused are expected back in a court on 11 May.

“They are appearing on several counts of fraud,” she said.

This Talmakkies matter overlays several claims and accusations against and among police officers, many at a national level.

“Once the court proceedings have been finalised, the situation will be reassessed,” he said.

Botto did not reply to Daily Maverick’s questions about whether Talmakkies was still heading the SIU and whether the unit was still operational under this name.

It is understood Talmakkies was a detective commander at the Witbank police from 2012 until mid-2015 and was appointed head of the City’s SIU in July 2015.

Talmakkies was apparently charged in the docket-related fraud case sometime in 2016.

At the end of that year he was still in his position with the City and, in his official capacity as the SIU head, gave comment to the media on a murder that had occurred in Sea Point in December 2016.

The City’s SIU was previously the focus of controversy when it was found it was exceeding its mandate and stepping on the toes of the South African Police Service.

It fell under the leadership of mayoral committee member for safety and security JP Smith.

A previous media report said the unit was involved in investigations relating to gang violence, xenophobia, corruption within the city council, arson in terms of wildfires and illegal protests.

In 2017, the SIU made news headlines when then Cape Town mayor Patricia de Lille ordered that it be shut down because she said it was overstepping its mandate.

De Lille was previously quoted as saying: “Alderman Smith used the SIU contrary to the purpose that it was created for. Moreover, he acted with the intent to undermine his political opponents and this amounts to a serious abuse for his own political gain.”

In September 2017, in a statement that News24 reported on, the City conceded that its internal investigations unit “was exceeding its mandate in that it was investigating councillors, which is a function of the speaker of the council as set out in law”.

“It had also come to light that the unit was investigating criminal matters, which is the mandate of the SAPS in terms of the SAPS Act.”

The City had reiterated: “We are not the police force.”

As squabbles over the SIU played out, Talmakkies’s name was rarely publicised in this arena.

One of the rare instances involved an October 2017 Weekend Argus article that said an affidavit by Talmakkies – whom the article described as “a special adviser in the City’s law enforcement department” – and other colleagues said they had been told the SIU’s name would be changed and its mandate tweaked.

Nearly a year later, in May 2018, the unit was reinstated – it was reported that the National Council of Provinces accepted a motion to see that this took place.

A few months later, in October that year, and after intense infighting among DA figures, De Lille resigned from the party.

Meanwhile, Talmakkies, while facing fraud charges, seems to have represented the City of Cape Town in the US.

In January 2020, the Cambridge Police Department tweeted that its members “had a unique opportunity to share best practices with Reynold Talmakkies, Chief of the City of Cape Town’s Safety and Security Division”.

Photographs accompanying the tweet included ones of Talmakkies and suggested he had travelled to the US as a City of Cape Town representative.

Talmakkies, in earlier years when he was still a police officer, was involved in high-level investigations.

He was among the officers involved in the probe into the 2009 death of Patrick Maqubela, who had been an acting judge in the Western Cape High Court. DM