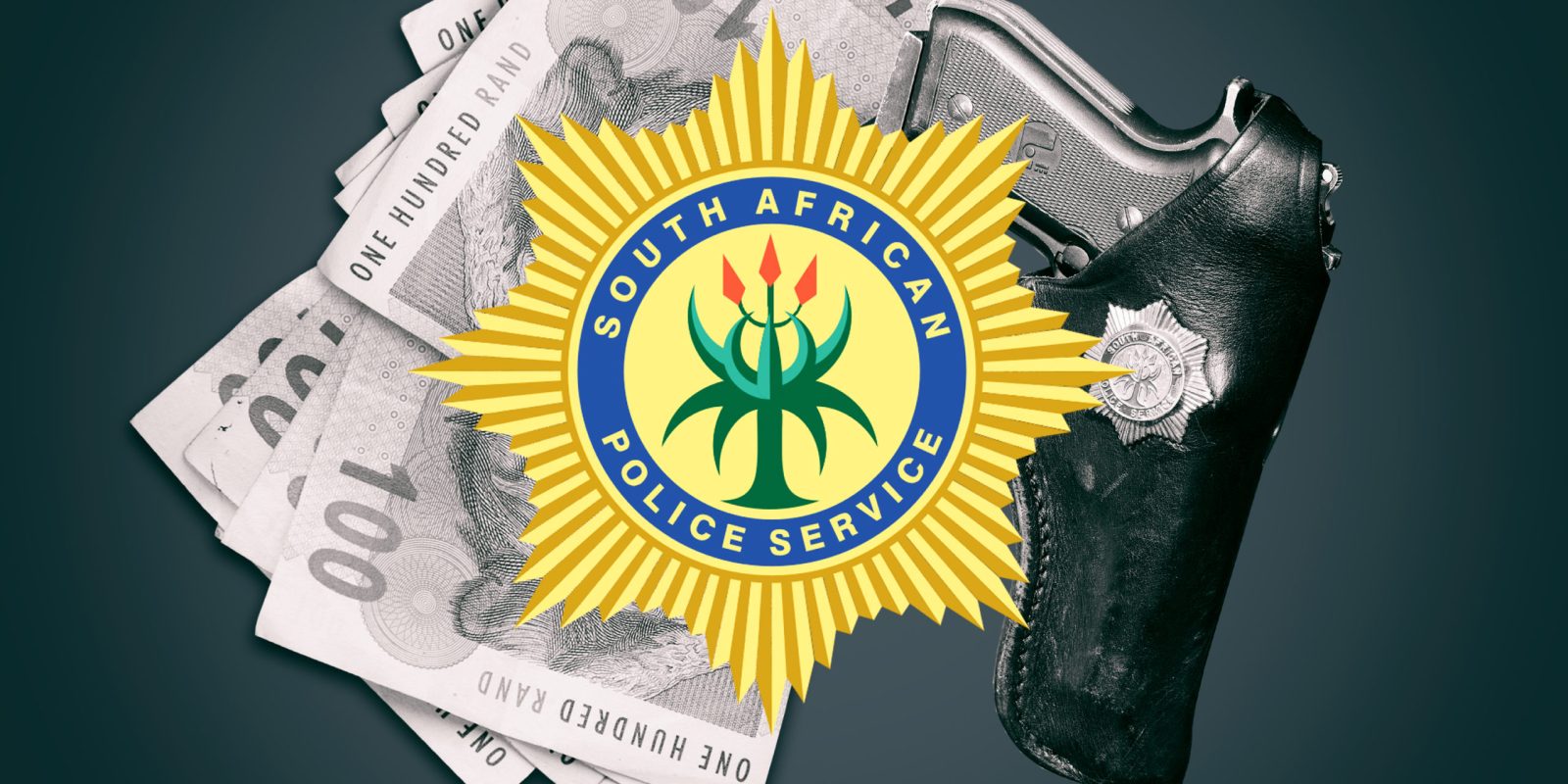 Statistics South Africa’s Victims of Crime Survey also showed public approval for the police declining from 2011. In 2019, 49% of the respondents to an Afrobarometer survey believed all or most police officials were corrupt. (Illustrative image | Sources: Gallo Images | William McIntosh | Adobe Stock | Wikimedia)

Long-standing abuses in the appointment of leaders are at the heart of the country’s failing police service.

The South African Police Service (SAPS) is in crisis – “finish and klaar.” The quoted words were infamously used by Jackie Selebi, the longest-serving post-apartheid SAPS national commissioner who was convicted and imprisoned for corruption in 2010.

He used the term (meaning “that’s the end of it”) to describe his friendship with a notorious crime boss. His removal from office over a decade ago marks the start of what government’s 2012 National Development Plan (NDP) describes as the “serial crises” in police management.

Nine years later, the root cause of the trouble remains and the government has failed to implement any recommendations for addressing the leadership difficulties. Daily media reports reflect an organisation whose top officers are apparently at war with each other.

The problem is mainly due to irregular and closed appointment processes of inappropriate people into the SAPS’s top ranks. The result has been large-scale corruption and gross abuse of power. The convictions of Richard Mdluli, former Crime Intelligence boss, and Berning Ntlemeza, former Hawks head, are examples. The High Court found that Ntlemeza was dishonest and his appointment unlawful.

Of the eight, one was convicted of corruption, one currently faces criminal charges, and separate inquiries recommended removing another two. After seven years, the high court set aside the inquiry’s report and subsequent dismissal in one of these inquiries.

Since 2012, police performance has deteriorated markedly. Between 2011/12 and 2019/20, the SAPS’s ability to solve murders and armed robberies plummeted. Police detection rates for murder dropped by 34% and for aggravated robbery by 24%. Civil claims in which the courts ordered the SAPS to pay the victims of proven unlawful police conduct skyrocketed. In the past decade, over R2.8-billion has been paid to these victims.

Statistics South Africa’s Victims of Crime Survey also showed public approval for the police declining from 2011. In 2019, 49% of the respondents to an Afrobarometer survey believed all or most police officials were corrupt.

Jacobs’s appointment in March 2018 was intended to sort out the mess left by Mdluli and rebuild the division. It seemed improvements were happening as the police started getting on top of some organised crime such as cash-in-transit heists. The conflict between Jacobs and Sitole has severe and negative implications for the Crime Intelligence division and the country’s ability to tackle persistently high crime levels.

Jacobs says the real reason for his suspension involves his cleaning up of Crime Intelligence and opening disciplinary cases against senior police commanders for fraud, corruption and theft regarding the Secret Services Account.

At the time of writing, Jacobs was challenging his disciplinary hearing in the Labour Court. He also opened a criminal case about the lack of security clearance of those involved in the hearing against him. He had written to Police Minister Bheki Cele telling him this.

Sitole is also under a cloud. He participated in the SAPS attempt to buy a so-called grabber with Secret Services Account funds before the ruling African National Congress (ANC) party’s December 2017 policy conference.

It’s alleged that R45-million was allocated to buying this communication interception device, which usually costs around R7-million. This procurement was allegedly part of a money-laundering exercise to influence voters at the ANC conference. After a whistleblower told the Independent Police Investigative Directorate (IPID) about it, the deal was scuppered. Shortly after that, Sitole reportedly classified all documents about the procurement on the basis of national security.

A high court judgment on 13 January ordered that documentation be declassified and made available to IPID investigators. That judgment found that Sitole, with Deputy National Commissioners Francinah Vuma and Leonard Tsumane, had breached their legal obligations to investigate crimes and help the IPID investigation. The court denied Sitole leave to appeal.

Added to these internal leadership battles are numerous high-profile criminal cases involving police generals. The SAPS told Parliament in November 2020 that they were currently investigating 397 cases of corruption involving their police officers, including those holding senior ranks.

Given the ongoing mismanagement and criminality among some at the highest levels, it’s no wonder the SAPS cannot use its annual budget of over R101-billion to improve policing and public safety.

Implementing two key NDP recommendations could help solve the leadership crisis. First, an independent panel should be established to conduct a transparent, merit-based process for identifying the best possible person to be recommended as national commissioner to the president. This was successfully done to guide the appointment of a new National Director of Public Prosecutions by President Cyril Ramaphosa.

Second, a multi-sectoral National Police Board should be appointed to undertake a performance and integrity assessment of the senior management echelon, starting with the 199 generals. Top commanders performing their functions well should have their authority enhanced. Those who are failing can be redeployed or removed from the SAPS.

Police leaders must have the necessary expertise, experience and skill, and their integrity must be beyond reproach. Only once top managers comprise the highest calibre staff will the SAPS start improving its professionalism and performance to the benefit of all in South Africa. DM