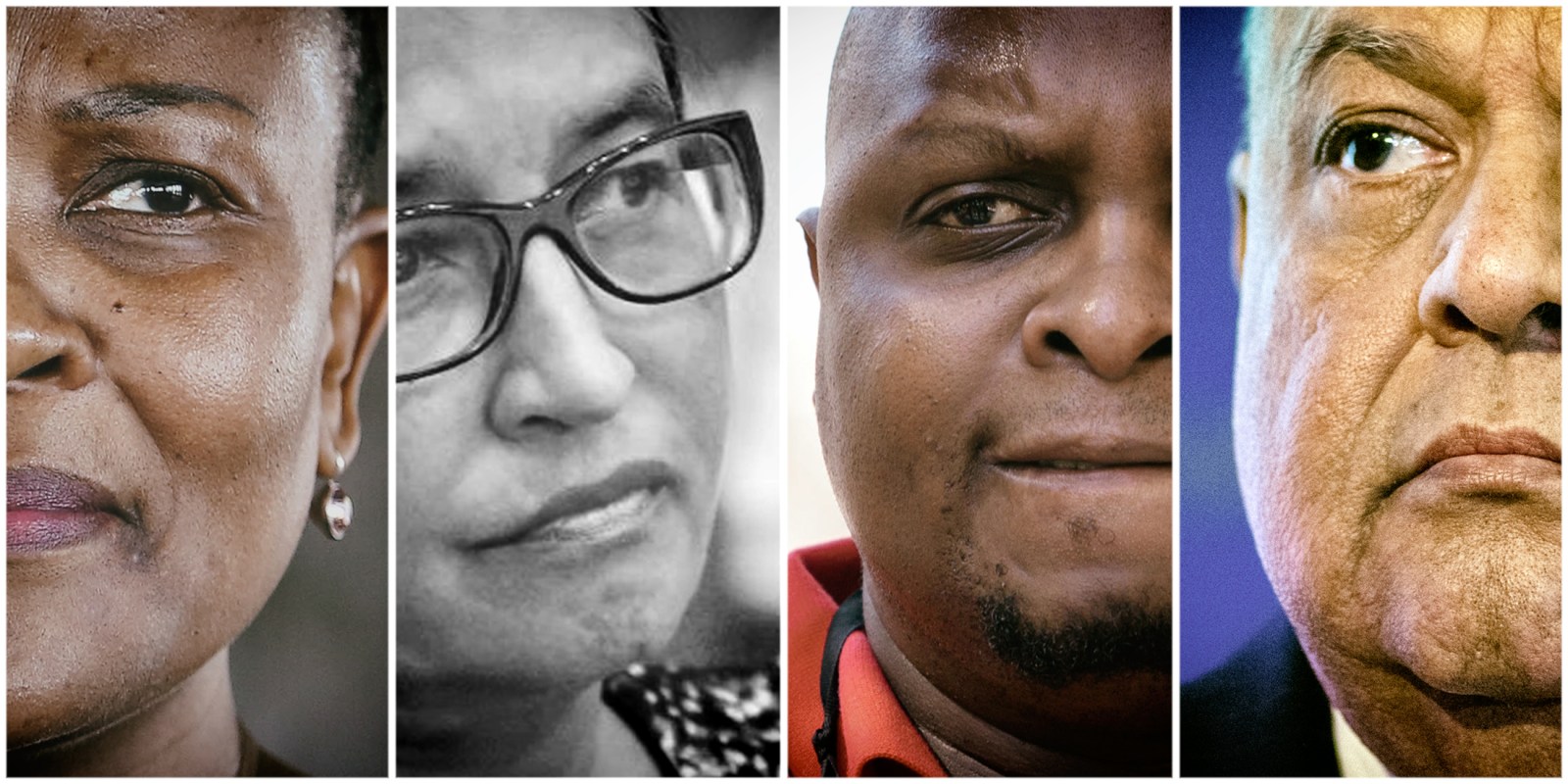 Public Protector Busisiwe Mkhwebane has found that Public Enterprises Minister Pravin Gordhan could not have breached the Executive Ethics Code over a meeting with former Chief Justice Mogoeng Mogoeng, in which he was alleged to have influenced the appointment of Judge Dhaya Pillay to a ‘position of responsibility in the judiciary’.

Public Protector Busisiwe Mkhwebane has found nothing to corroborate the allegation that Minister Pravin Gordhan abused his position of authority to influence former Chief Justice Mogoeng Mogoeng to appoint his long-time friend, Dhaya Pillay, to the Supreme Court of Appeal.

Mkhwebane, with her team, released nine reports during Wednesday’s media briefing. These included reports on matters concerning Stellenbosch municipality, the State Information Technology Agency and the Department of Water and Sanitation.

The complaint against Gordhan was filed in April 2021 by Floyd Shivambu, the deputy president of the Economic Freedom Fighters.

Shivambu’s grievance was based on Judge Dhaya Pillay’s interview for a position at the Constitutional Court in April 2021, where former Chief Justice Mogoeng Mogoeng revealed that in 2016, then Finance Minister Pravin Gordhan had asked him how “my friend Dhaya Pillay” had performed during her interview for the apex court post.

As it turned out, Pillay was not appointed to the ConCourt.

Read in Daily Maverick: When Indecency & Hatred came to town: It was Judicial Service Commission that brought politics, not the judges

Mkhwebane’s report on the Shivambu complaint can be read here.

The Public Protector said in her report that the investigation included exchanges of documentation in the form of “inquiry or allegations letters between the Public Protector, the Complainant, the Minister, the former Chief Justice on 11 June 2021 and the Secretary-General of the JSC, Sello Chiloane, on 2 August 2021”.

In the report, it is not disputed that Gordhan and Mogoeng met at the Twelve Apostles Hotel near Camps Bay, Cape Town, on 6 April 2016. Shivambu alleged Gordhan breached the Executive Ethics Code by using his influence to appoint Pillay to a higher position at the Supreme Court of Appeal. At the time, Pillay was being interviewed for a position at the court.

It was also not disputed that Gordhan and Pillay are friends — something she confirmed during her April 2021 interview. In the report, Gordhan said: “Judge Pillay is a friend, a political activist and a comrade of long standing. She was also the life partner of the late Mr Yunus Mohamed (who died in 2008), a close comrade in the anti-apartheid struggle with whom I had worked in the formation of civic organisations later in the United Democratic Front, and in the ANC underground during the 1970s and the 1980s.”

According to the report, Gordhan had said: “I want to state emphatically that I would never, and nor did in any way, seek to influence the Chief Justice or the JSC in the appointment of judges, whose independence I have always respected”.

Gordhan added: “I refute Mr Shivambu’s allegations that I acted in violation of section 2.1 and 2.3 of the Executive Ethics Code and that my meeting with the Chief Justice amounted to an abuse of a position of authority to benefit Judge Pillay.”

In her report, Mkhwebane said: “It was not disputed that [the] Minister met [the] former Chief Justice in Cape Town, but the content of their discussion could be sourced only from their versions, respectively, with no corroboration by a third party.”

Mkhwebane said Mogoeng was “steadfast in his account of what transpired on that day in April 2016 and expressed how he felt, in that he found it puzzling that the Minister would take a trip just to come and ask him how his friend, Judge Pillay, fared in the interviews”.

The report also stated that “apart from the confirmation that a meeting did take place between the former Chief Justice and the Minister in 2016, the Public Protector is unable to make any determination on the contents of their conversation, which was not recorded by any of the parties”.

Mkhwebane added: “There was also no other person present at this meeting except themselves — there is thus no corroboration of what was discussed by them, except what they purport to have talked about and conveyed to each other.”

In her report, Mkhwebane said: “Should any party wish to challenge this decision, they are at liberty to approach a court of law and lodge an application for a judicial review of the matter.”

This is not the first time Gordhan and the EFF have banged heads. At the time, Shivambu said he would lay corruption charges against Gordhan about the Judge Pillay incident. Then, in 2019, during Gordhan’s budget vote as public enterprises minister, EFF members tried to physically intimidate Gordhan before he spoke. DM