Seven children starve to death, others fight for their lives while malnutrition ravages Eastern Cape 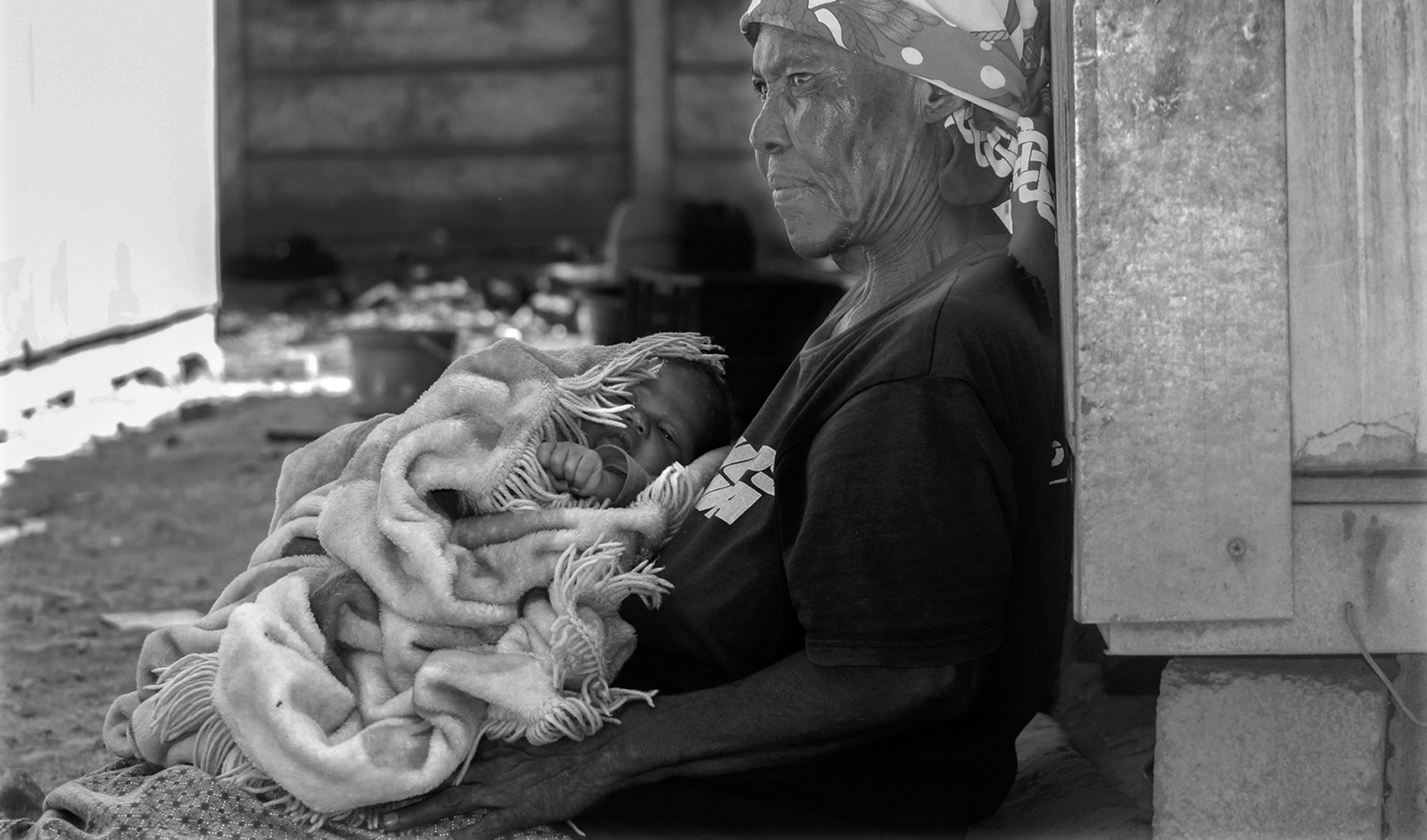 The latest research into poverty in the Eastern Cape shows that an estimated 72% of the population lives below the poverty line — considerably higher than the national average of 60%. (Photo: Hoseya Jubase)

Seven children in the Butterworth area in the Eastern Cape have died of severe acute malnutrition since January and six others have had to be hospitalised. Another eight children are fighting for their lives in a Lusikisiki hospital as towns and villages battle one crisis after another.

Seven children have died of severe acute malnutrition in the Eastern Cape town of Butterworth this year, as relief organisations say they have been inundated with requests for food.

Three of the children had tested positive for HIV at birth, but there was no record of them being brought back to the clinic for follow-up treatment.

The cases of another three children were flagged by health authorities. Although they had no underlying conditions, they were living with caregivers who were either undocumented or struggled to access grants due to old age.

One of the children had missed nine doses of childhood immunisation.

According to the provincial department of social development, the latest research into poverty in the Eastern Cape shows that an estimated 72% of the population lives below the poverty line — considerably higher than the national average of 60%.

Finance MEC Mlungisi Mvoko said in his budget speech that due to an increase in the number of children needing access to school feeding schemes, the budget for this had been boosted.

A study done by the Grow Great campaign at the end of last year in Mqanduli, about 100km from Butterworth, found that about 24% of children seen by researchers were stunted.

It’s estimated that 25% of children in the province are stunted due to chronic undernutrition and exposure to infections. The Eastern Cape’s estimate of stunting is slightly lower than the national average of 27%.

Among the 1,431 children surveyed in the Grow Great study, stunting was identified in 336 children, of whom 94 were severely stunted.

Apart from access to food, the study also highlighted access to clean water and proper sanitation as ways to address stunting.

“Given the high levels of unemployment and food insecurity brought on by the Covid-19 pandemic, we expect that the nutrition profile of children under five in Mqanduli and surrounding villages will have further deteriorated.

“Given the lifelong impact of poor nutrition and stunting, this community should call for interventions that speak to both the direct and indirect causes of malnutrition,” the study concluded.

A separate 2021 study done by Dr Cheryl MacKay, head of neonatology at Dora Nginza Hospital in Gqeberha, and doctors Nosisipho Mandla and Siyazi Mda, using 2018 statistics, concluded that there were serious problems with severe acute malnutrition in the province.

The town of Butterworth was not mentioned in a policy speech given by Social Development MEC Siphokazi Mani-Lusithi as she announced that R62.1-million had been allocated to a support programme for mothers of children under the age of five “who are affected by malnutrition”.

Social development department spokesperson Mzukisi Solani said on Thursday that, despite several requests, they were still trying to ascertain from the health department the situation in Butterworth.

But since 2020, the Democratic Alliance’s Edmund van Vuuren said in a statement, the provincial legislature has heard that the department had underspent its budget for social relief of distress.

Solani said it was more a question of a “roll-over” of funds than underspending, as they needed time to expand their beneficiary list.

“It was requested because we were in the process of finding a fair distribution method to eliminate the middleman and get value for money,” he said.

From the beginning of March 2022, the department has distributed thousands of food parcels throughout the province — but help has come too late for some.

Corene Conradie, who coordinates the Eastern Cape response for Gift of the Givers, said the demand for food relief had been increasing since the first lockdown was announced in 2020, and that they were inundated with requests for food.

“Not only for children,” she said. “I visited Kidds Beach yesterday and there is a community of elderly people who are just getting sicker and sicker because they do not have enough to eat.”

She also highlighted the plight of the undocumented, who cannot access social relief of distress grants.

Gift of the Givers has been distributing a nutritious paste to vulnerable children to fight malnutrition.

A volunteer at a single soup kitchen in Motherwell said they now have to provide three times the number of meals they provided before lockdown.

Coralie Peo-Swartz from the Eastern Cape Red Cross said they were almost completely tapped out and could not keep up with pleas for food.

“We have stopped giving handouts at the office because of security risks.  We currently assist care facilities, the elderly and creches as they are living hand-to-mouth on donations received. At the moment we are almost tapped out.

“Welfare organisations are really, really struggling. As we are more specifically project-driven and not a welfare organisation, we try to do referrals of those who knock on our door or phone us,” she said. DM/MC