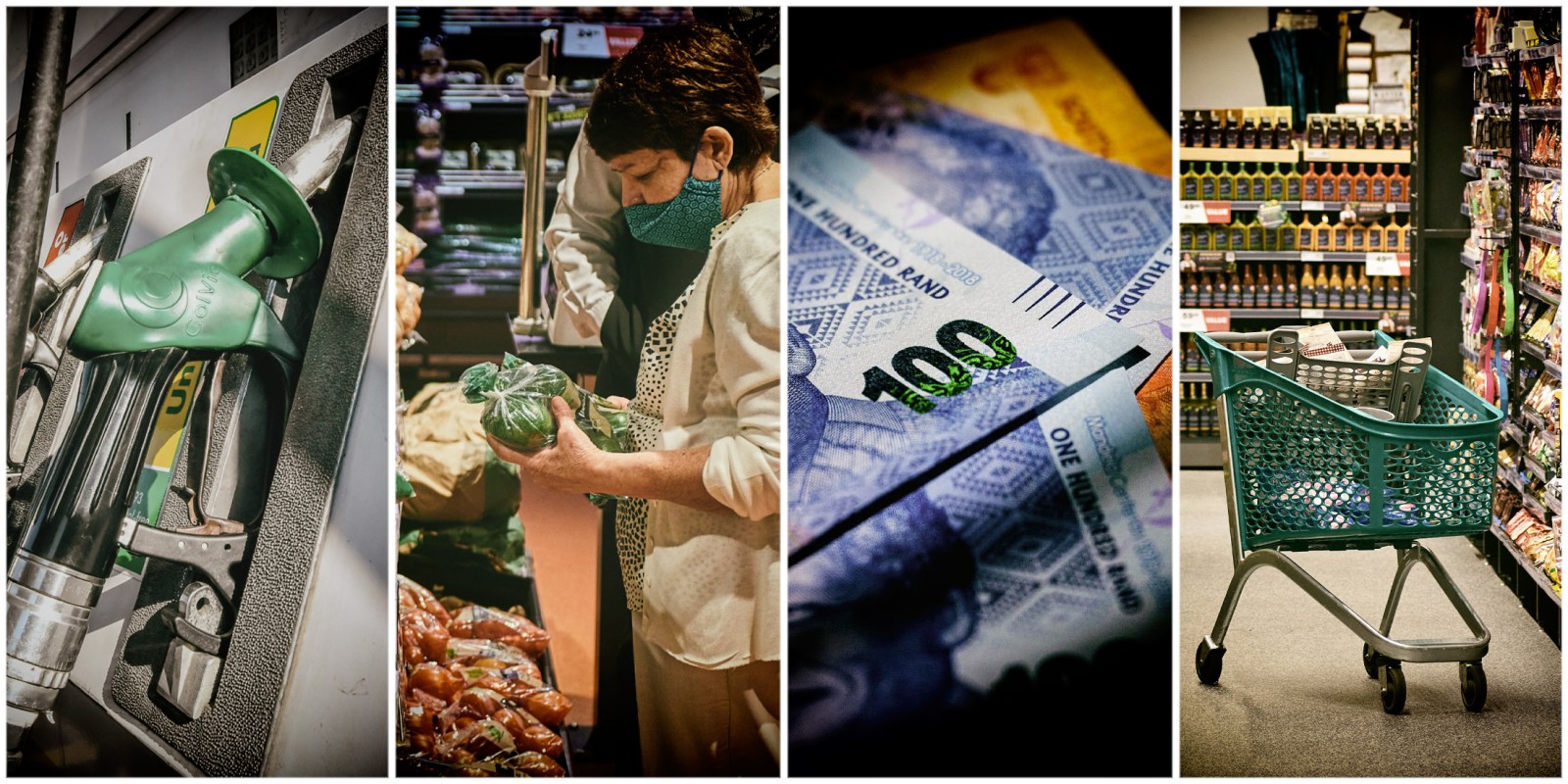 SA consumer inflation remained unchanged on an annual basis at 5.7% in February, Statistics South Africa said on Wednesday. But there are plenty of food and fuel price pressures in the pipeline, not least because of Russia’s invasion of Ukraine, so expect inflation to remain elevated and interest rates to maintain their climb.

The consumer price index (CPI) had slowed in January to 5.7% from 5.9% in December and that trend may prove short-lived. The February figure remained unchanged at 5.7%, but inflation pressures are building as the costs of food and fuel surge from already sky-high levels because of the war in Ukraine.

The main drivers are the usual suspects of late: food and fuel. Consumer food inflation was running at 6.4% in the 12 months to February while fuel prices were up almost 24%. And that was before South African consumers began shelling out record retail prices at the pump in March.

“Headline inflation remains uncomfortably close to Sarb’s [South African Reserve Bank’s] inflation target upper band of 6% and should remain elevated in the near term,” FNB economist Koketso Mano said in a commentary on the data.

Indeed, this will not be lost on the central bank’s Monetary Policy Committee (MPC), which wraps up its latest three-day meeting on Thursday, 24 March. The MPC will not typically react to one data set – unless it’s off the charts – but it will be concerned about the second-round inflation effects that are gathering steam. It is expected to maintain its tightening cycle and raise its repo rate by 25 or 50 basis points.

“Sarb has reason to be wary. Historically, inflation shocks emanating from food and fuel have given rise to pronounced secondary price effects in South Africa,” said Razia Khan, head of research, Africa and Middle East, at Standard Chartered Bank in London.

Galloping fuel prices are already taking a toll on the poor, whose ranks are teeming in a country with an unemployment rate that is in effect over 46%.

Data compiled by the platform Paymenow – which facilitates payments of portions of wages to workers ahead of payday – show that workers who have required cash upfront have done so mainly in response to soaring transport costs.

From January to March, 45% to 48% of employees relying on the service for advances – it has varied a bit from month to month – did so to cover transport costs.

“Historically, not being able to meet transport costs has been a key driver of employee absenteeism and churn in South Africa, where the majority of those in our economy who have a formal job are blue-collar workers and financially vulnerable,” said Deon Nobrega, Paymenow’s co-founder and CEO.

The fact that public transport is an utter shambles is compounding the problem as workers mostly rely on the taxi industry to get to their jobs. More pain at the pumps is expected in April, and the working class will suffer the most, thanks in no small measure to a certain Russian autocrat who curiously has the ANC licking out of his blood-stained palms. DM/BM