Medical specialist to decide whether Agrizzi is fit to stand trial 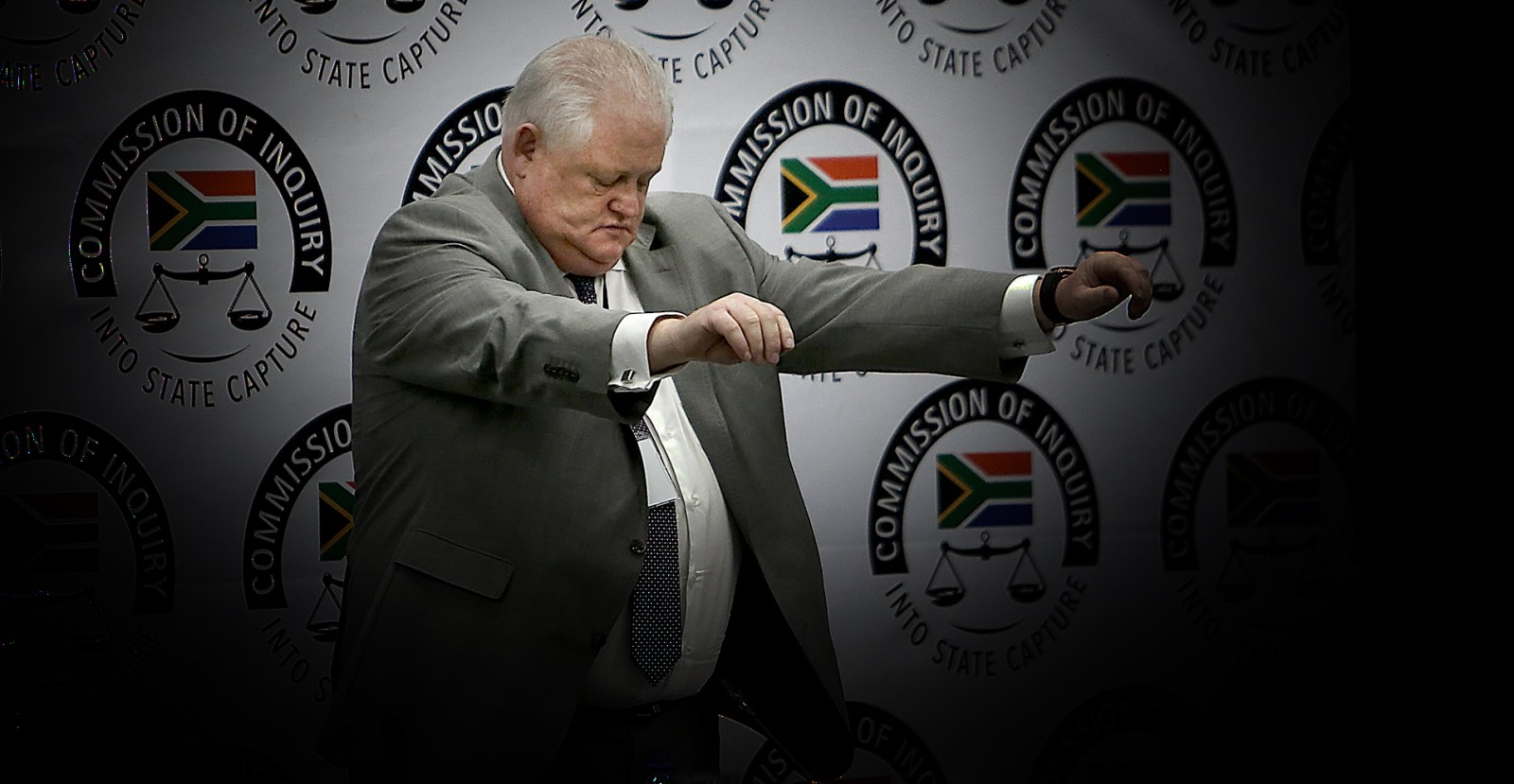 Former Bosasa COO Angelo Agrizzi gestures during his testimony at the State Capture commission in Johannesburg on 22 January 2019. During his testimony chaired by Judge Raymond Zondo, Agrizzi testified how Bosasa allegedly used its influence to ensure the awarding of Department of Correctional Services contracts with the help of then commissioner Linda Mti and CFO Patrick Gillingham, who were both alleged to have been receiving bribes. (Photo: Gallo Images / Sowetan / Alon Skuy)

Medical records handed in by his legal representative show that former Bosasa chief operations officer Angelo Agrizzi has a respiratory condition, needs oxygen therapy and has suffered a heart attack.

A decision on whether former Bosasa chief operations officer Angelo Agrizzi is fit to stand trial is in the hands of an independent pulmonologist who will assess Agrizzi’s medical condition and submit a report to the Pretoria High Court.

On Wednesday, Agrizzi was scheduled to appear in the Pretoria Commercial Crimes Court alongside his co-accused, the former commissioner of Correctional Services Linda Morris Mti, its former chief financial officer Patrick Gillingham and the former Bosasa CFO Andries van Tonder.

But Agrizzi did not make an appearance. Medical records handed in by his legal representative showed that Agrizzi has a respiratory condition, needs oxygen therapy and had suffered a heart attack. His medical condition is the reason Agrizzi has not appeared in court since October 2020. His health took a turn for the worse when he suffered a heart attack on 21 October 2020.

The purpose of Wednesday’s hearing was to brief the court on Agrizzi’s health and refer the matter to the Pretoria High Court. The case before the court involves four contracts worth R1.8-billion awarded by the Department of Correctional Services (DCS) to Bosasa and its subsidiaries.

The contracts were for rendering catering and training services, the installation of CCTV cameras and perimeter fencing and supplying a television system and monitoring equipment.

Sindisiwe Seboka, a spokesperson for the National Prosecuting Authority Investigating Directorate, confirmed that the matter had been referred to the Pretoria High Court.

“The court also heard… that the State has appointed the services of an independent pulmonologist to assess Mr Agrizzi. We’ve also been given consent through his legal team that we are able to go through his private and confidential medical records.

“A decision on whether Mr Agrizzi is fit to stand trial will be made by the high court after this assessment has been completed. This all needs to take place two months before the matter will be heard in the High Court Pretoria,” she said.

The four accused face 19 charges, which include several counts of fraud, corruption and money laundering.

“The four tenders forming the subject of these criminal charges were awarded to Bosasa Operations, Sondolo IT and Phezulu Fencing, (Bosasa Group of Companies) during the period when Mti was the commissioner and accounting officer of the department,” the summary of facts reads.

Gillingham was the chief financial officer in the department during the period during which the alleged fraud, corruption and money laundering were purportedly committed.

It is the State’s case that: “Gillingham was the chairperson of the Bid Evaluation Committee during the evaluation of all the four tenders and sat in an ‘advisory capacity’ in the meetings of the National Bid Adjudication Committee, which adjudicated the said tenders.”

The State’s main argument is that: “The accused colluded with employees of and/or associated with Bosasa Operations (Pty) Ltd and subsidiaries to draft or order the invitation to bid for tenders and its subsidiaries being advantaged over other bidders and being awarded said tenders since they had knowledge of the bid specifications before the said tenders were advertised.”

One of the alleged tender irregularities is for the supply and delivery, installation, commission, support and maintenance of a comprehensive access control and body scanning system with CCTV coverage of Correctional Services staff and inmates at 66 maximum-security facilities/Centres of Excellence. The tender amounted to R224,364,480.

The State argues that the procurement process was not fair because Gillingham, the chair of the Bid Evaluation Committee, also took part in the National Bid Adjudication Committee in an “advisory capacity”.

“There was no proper financial planning for this tender in that there was no feasibility study or needs assessment conducted, which resulted in the initial budget being significantly exceeded.

It is also the State’s argument that no formal Bid Specifications Committee existed, and that specifications for TENDER HK25/2005 were drafted by the employees of Bosasa Operations and its subsidiaries, which included Agrizzi and a certain William Daniel Mansell, to the disadvantage of other bidders.

The matter is back in court on 30 May. DM