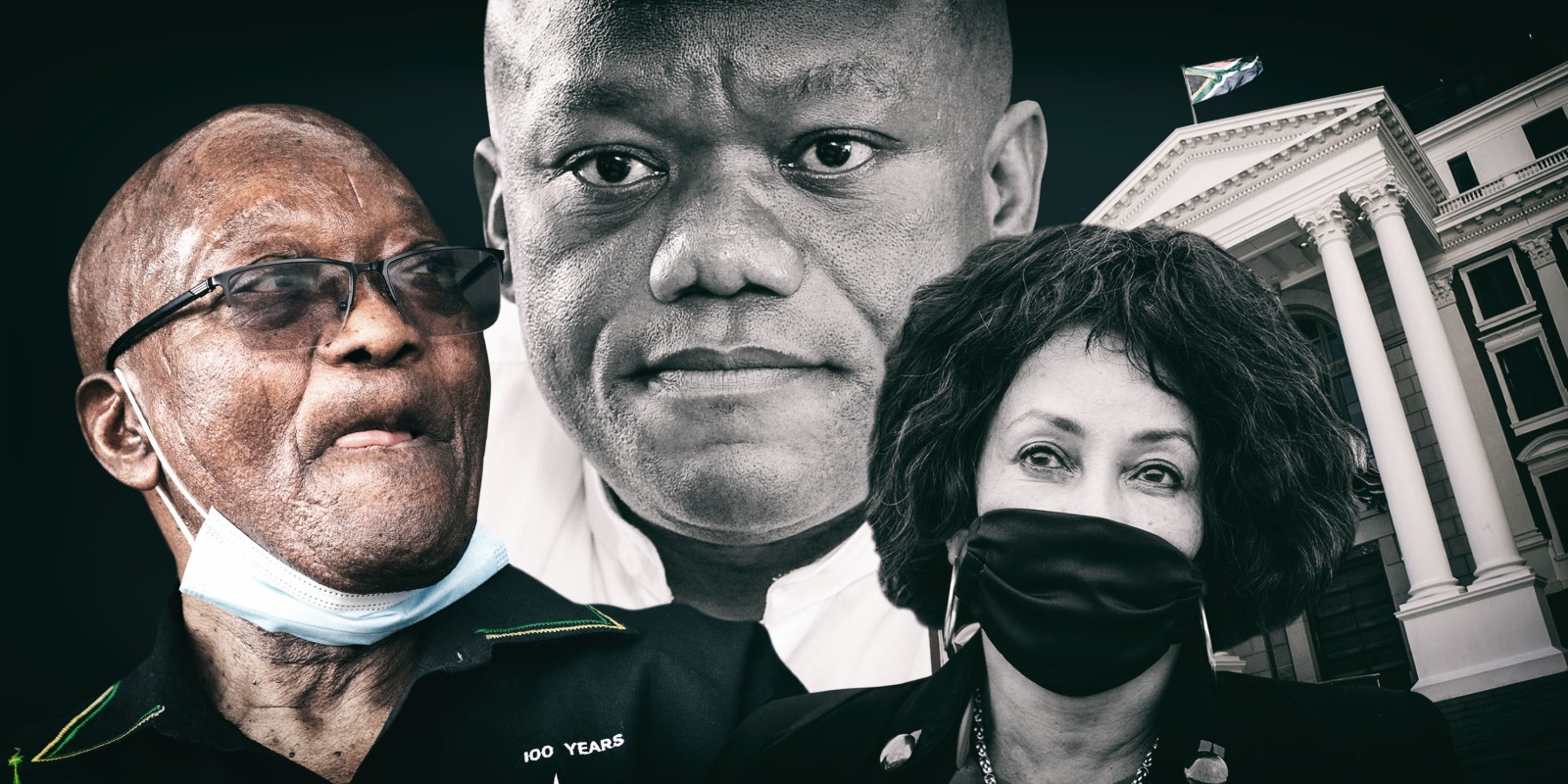 It appears that the KwaZulu-Natal Premier Sihle Zikalala is joining the contestation between our elected politicians and our judges, on the RET side.

KwaZulu-Natal Premier Sihle Zikalala has suggested that we should have “a debate” about whether Parliament should not be above the Constitutional Court so that policies adopted by Parliament cannot be overridden.

This appears to be an attempt to change the political narrative in an important way, and, perhaps, to show his support for the Radical Economic Transformation (RET) faction within the ANC. It also suggests that some politicians choose to find a way to win support by showing their dissatisfaction with and disdain for the Constitutional Court.

On Monday, in a speech to mark Human Rights Day, and speaking as KZN premier, Zikalala said: “We want to issue the call for us to debate whether it is not time to move away from absolute rule by the Constitutional Court to a situation where we have a parliamentary democracy in which the voice of the people who elected is supreme to all other voices.”

A day later, on SAfm, he confirmed his view. He has pointed to a recent judgment in which the Constitutional Court struck down regulations regarding government procurement, and the concept of pre-qualification, which means that only black-owned firms can bid for the contracts.

(The court did not rule against the concept of pre-qualification, preferential procurement, affirmative action or black economic empowerment in general, only on the technicalities in which the regulations had been drawn up.)

Despite that, Zikalala claims that this shows the courts are preventing the government from empowering the majority. And he says that there should be majority rule. For him, clearly, Parliament should make the final decision.

Of course, there are numerous examples where Parliament has been overruled by the courts.

Perhaps the most famous recent example is the Nkandla judgment, in which the Constitutional Court ruled that Parliament had violated the law and ordered it to ensure that the remedial findings of the Public Protector were implemented.

When this was put to him, he said: “I’m talking here about the adoption of policy, that once a policy, once it is enacted by government, that policy should be binding on all of us. You are just talking about an incident and a report about Nkandla.”

Zikalala is not speaking in a political vacuum.

In January, Tourism Minister Lindiwe Sisulu was accused of trying to gain support from the ANC’s “RET faction” by publishing her critique of judges, in which she claimed that African judges were “mentally colonised”.

Zikalala’s history with former president Jacob Zuma may also be important here. And Zuma is still a key figure in KZN.

Last year’s Constitutional Court decision that he must serve jail time for defying its earlier ruling that he must appear at the Zondo Commission was the spark that lit the violence in KZN and Gauteng.

While Zikalala denies it, this may well have been a factor in his thinking, and he may be showing support for Zuma here.

Zikalala also has a history with what may be termed populist proposals. In 2017, during the run-up to the ANC’s Nasrec conference, he proposed that the question of land expropriation without compensation should be decided by a referendum.

Five years ago, Zikalala was one of the key players in the contest between President Cyril Ramaphosa and the now Cogta Minister Dr Nkosazana Dlamini Zuma. KZN was easily the biggest ANC province and it had been since Polokwane, 10 years earlier.

It is not clear that the province has that dominance any more. It is about to go through a leadership contest that could see Zikalala lose his post.

While the province may have had the power to force its way in the ANC five or 10 years ago, that seems unlikely now.

However, that does not mean that Zikalala’s new direction will not have an impact, or that there is not a bigger strategy at play here.

Like Sisulu before him, this may rather be an attempt to put Ramaphosa under pressure. Statements like this might compel him to forcefully defend the Constitution, the Constitutional Court and judges.

In effect, this may force Ramaphosa to defend our status quo, which to many means he has to defend a system that is to blame for many of our problems.

Of course, this may also help to strengthen the EFF. On Monday, Julius Malema told a Human Rights Day rally that no one could win a case against Ramaphosa because our judges were corrupt. He presented no evidence of this.

There is an important piece of our unfortunate history that resonates with these calls to make Parliament above our courts.

One of the last times this happened in our history, it was to prevent people from voting because of their race.

As recounted in a document on SA History Online:

“In 1951 the Government passed the Separate Representation of Voters Act, which removed the Cape Coloured voters from the common roll. In 1952 the Appellate Division of the Supreme Court declared the Act invalid. Almost immediately there ensued a flood of bitter attacks on the judges.”

These attacks were from National Party politicians, white people, angry that they could not remove a group of coloured people from voting. One of them, a Mr Sauer (after whom what used to be called Sauer Street in Joburg was not named) referred to the court as the “Five Old Men from Bloemfontein”.

To get around this, the NP passed a bill called the High Court of Parliament Act, which made Parliament the highest court in the country. The Supreme Court ruled that illegal as well. In response, the NP then appointed five new judges. Those judges then simply outvoted the other judges in a new case to get the bill passed.

This resulted in the only people of colour who had a vote in our country in the 1950s losing that right to vote.

It is unlikely that Zikalala’s proposal will have anything like that consequence. But it could still be an important attempt to influence the debate, and part of a much greater dynamic of invalidating the judicial system that is now in process of putting many RET leaders behind bars. How clever, timeous and shrewd this will turn out to be for Zikalala, only the coming months will tell. DM