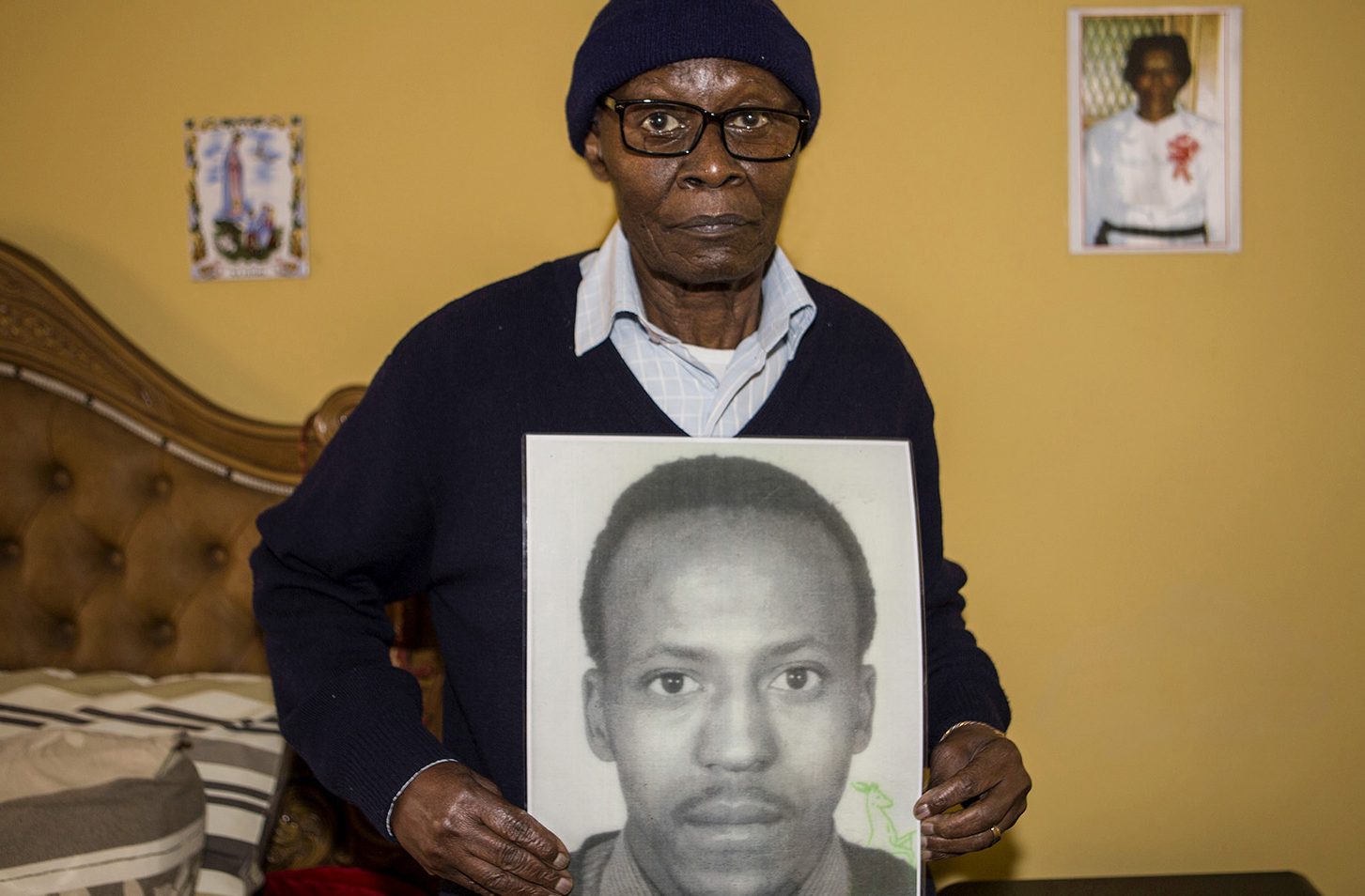 Reverend Joseph Maboe was the first family member who spoke at the Life Esidimeni arbitration hearings. He testified that he believed the Gauteng health department was complicit in his son’s death. A member of the Life Esidimeni Family Committee, he continued to seek justice for his son’s death, but died before he could see justice done. This interview was conducted shortly before he passed away in 2021.

Reverend Joseph Maboe loved this photograph of Billy. He recalls: “He was so handsome and cheerful. When I visited, he always said, ‘Papa, you have come’, and laughed and hugged me.”

Hendrick “Billy” Ranthopi Maboe had been diagnosed with epilepsy 20 years ago and stayed at Life Esidimeni Randfontien where he received good treatment. Billy was proud that his father was a priest. “He was always saying to me, ‘Papa, you must behave very well. You must be like Bishop Tutu’,” Joseph smiles.

In May 2016, Joseph went to visit Billy at Life Esidimeni. When he arrived he saw two trucks at the gate and patients being taken away, led by nurses. “They were like ghosts or sheep going to an auction. Some were crying. Others were running helter-skelter.” Joseph asked what was happening and someone said they were going away.

Billy was still there. Joseph took him food and he was very happy. But when Joseph went back at the beginning of June, Billy was gone. The facility was under renovation and the security guard couldn’t tell him where Billy was.

A month and a half later, Joseph tracked Billy down to Bophelong Suurman in Hammanskraal, nearly two hours from where he lives. He was shocked when he saw his son.

Billy was shivering and hungry. Joseph wanted to take Billy to a hospital straight away, but the NGO said he had to wait for a doctor’s permission. Billy died six days later. “Thank God I found him and could bury him in a decent way. But the pain is still there.”

The inquest into the tragedy will determine whether there can be any criminal liability for the deaths of 144 mental healthcare patients who died in the care of the South African public health system. They died from neglect, starvation, torture and abuse.

Their lives and stories matter. The inquest is primarily about their pain, struggle for answers and the ongoing fight for justice. DM/MC