Ban on single-use plastic is not yet on the table in SA...

Ban on single-use plastic is not yet on the table in SA, says Creecy 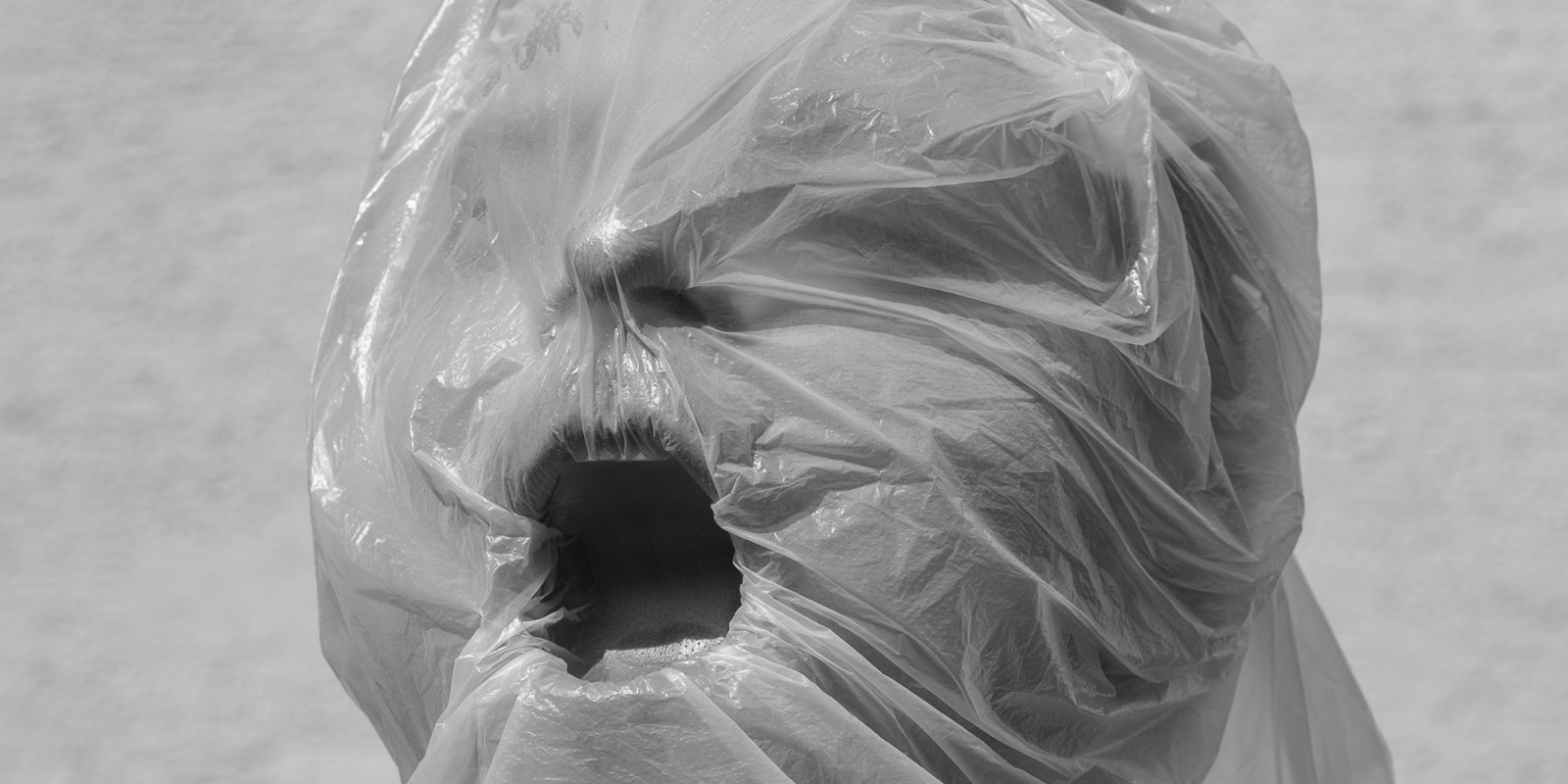 The Department of Forestry, Fisheries and the Environment will be persuading the plastics industry to regulate their plastic use as opposed to banning the fossil fuel byproduct that has been at the centre of detrimental environmental degradation.

A single-use plastic ban is not on the cards in South Africa yet, Barabra Creecy, minister of the Department of Forestry, Fisheries and the Environment (DFFE) told Daily Maverick as she raised concerns about law enforcement over the ban.

“We may not be using a ban. But that doesn’t mean that [plastic producers] have the latitude to do nothing,” Creecy said.

“I’m a great fan of carrots. But, of course, if you don’t like carrots, you might need a stick. We are seeing a shift and quite a significant shift [in plastic use and production]. And I think that what we will have to measure is whether there’s a consistent shift,” the minister said in answering whether a ban was on the cards.

Creecy’s stance and concern come a day after the resumed fifth session of the United Nations Environment Assembly (Unea-5) adopted the first legally-binding draft treaty to end plastic pollution throughout the lifecycle of the material.

“The thing I’ve always been worried about is whether we would be able to enforce a ban. We have a few complexities with law enforcement in South Africa. I would rather do a lot of work to persuade a range of sectors to take [single-use plastic products] off their value chains completely,” Creecy said in Nairobi at Unea-5.

The persuasion methods Creecy referred to include the Extended Producer Responsibility (EPR) regulations, which ensure that plastic producers take financial responsibility for the waste associated with the lifecycle of the material.

Other measures include ensuring producers make use of recyclable materials in bottling and packaging, producing 100% recycled plastic bags by 2027 and encouraging retailers and fast-food sectors to do away with single-use plastics.

About 2,371 million tonnes of plastic waste are generated in South Africa every year, with 3%, or about 80,000 tonnes of plastic leaking into the country’s oceans and rivers each year. From that, 70% is collected, but just 14% of it (including imported waste) is recycled.

Creecy said while the plastics industry had supported the draft treaty that South Africa has also adopted with the support of the Cabinet, the plastic producers shifted the blame for plastic leakage to poor waste management by municipalities. About 40% of plastic waste is mismanaged, with two of nine provinces responsible for 50% of plastic leakage. 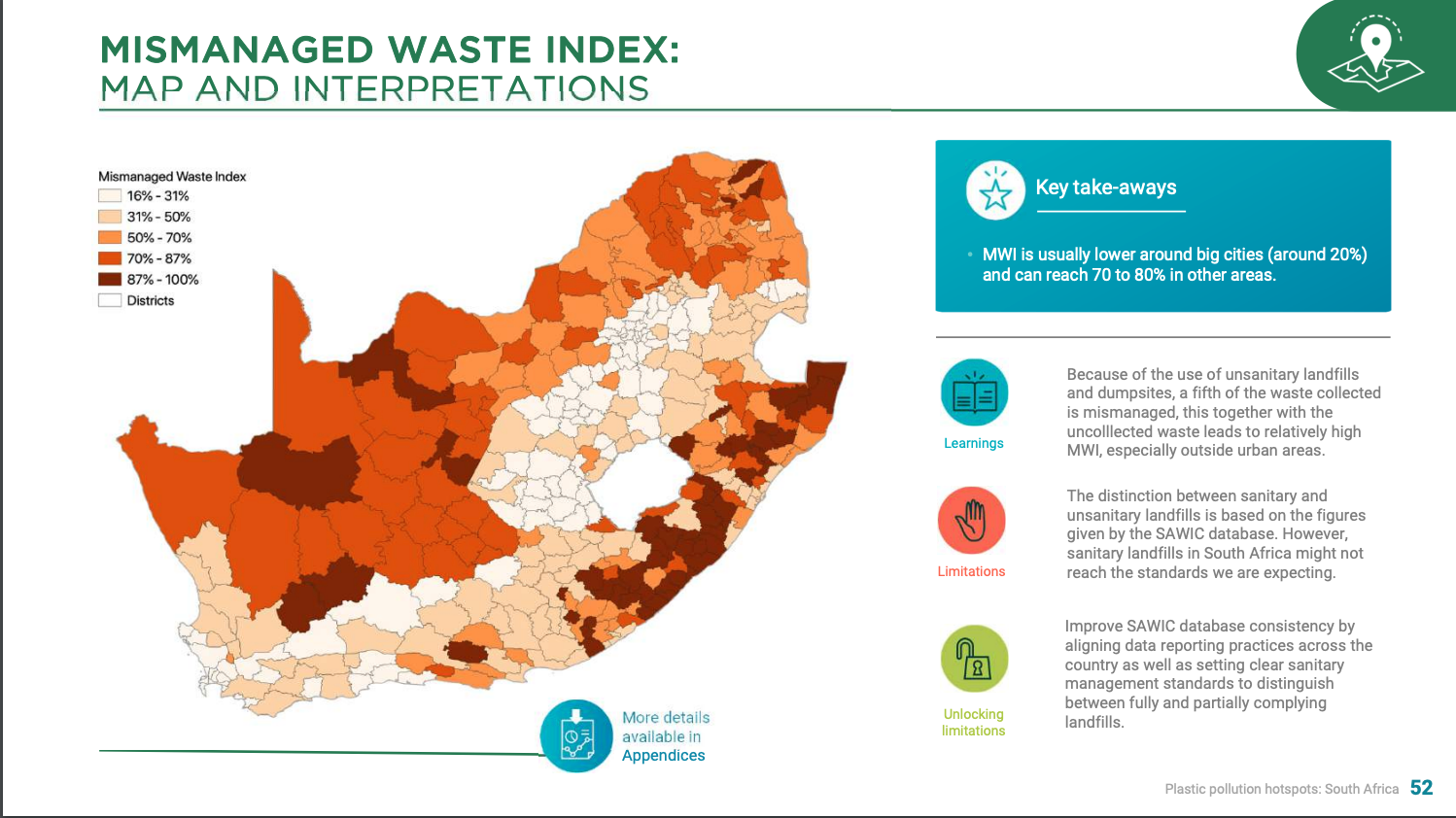 “They [the plastics industry] obviously feel that the industry gets a bad name… So they’re saying they’re not responsible for the leakage into the environment and that the responsibility for environmental leakage lies with municipalities… they definitely have a point there,” the minister said.

“We believe that a global agreement could be used as an opportunity to accelerate the progress that we have already made in this regard. By building a stronger than ever foundation for effective waste management, we can ensure that used plastics are kept in the economy (recovered and recycled) and out of the environment,” Plastics SA Executive Director Anton Hanekom said.

South Africa’s plastic circular economy – using existing materials to reproduce new products and keeping the material in the economy – is in its infancy, with Creecy saying that the EPR is meant to promote the economy. 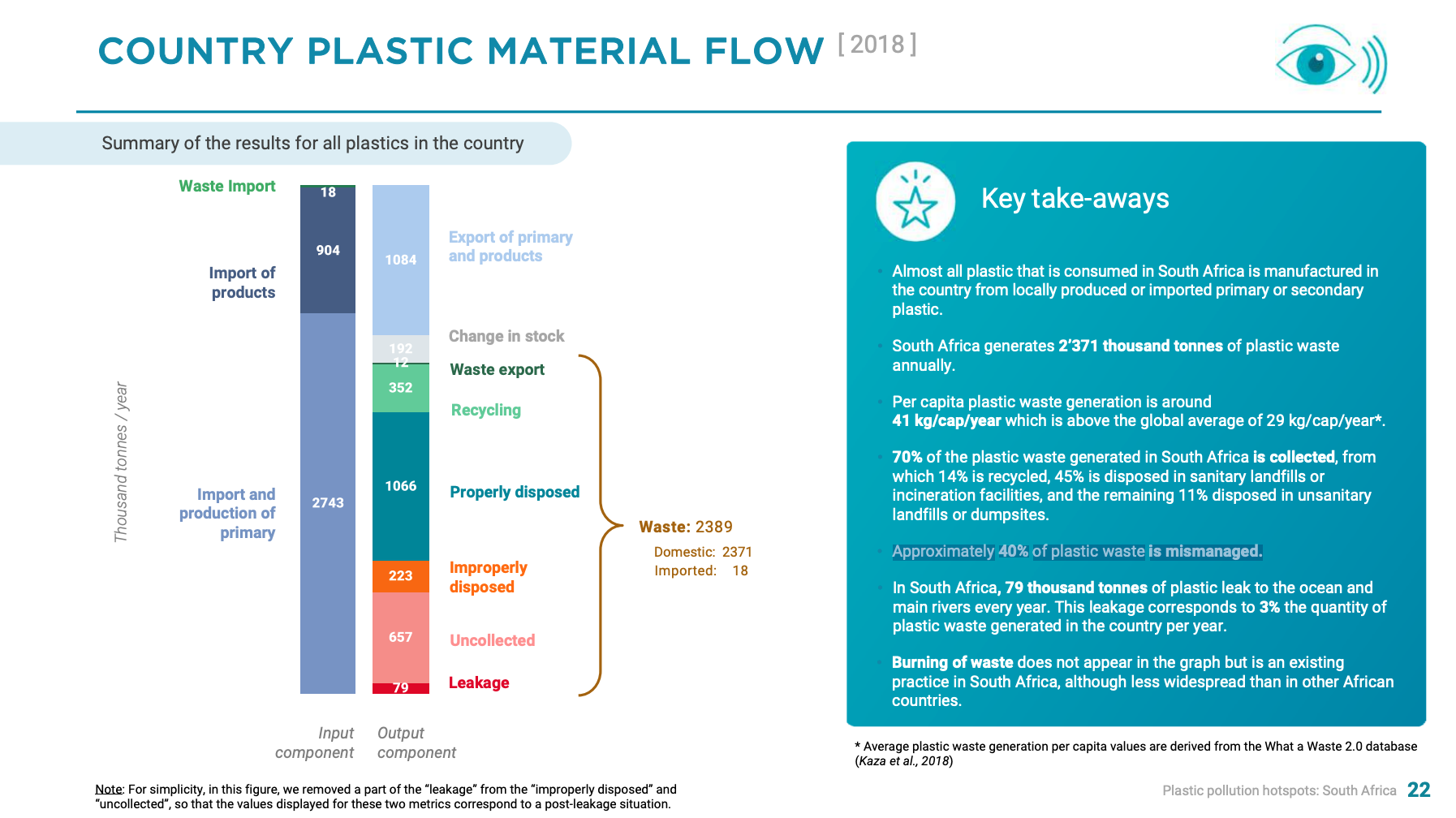 “If we’re going to have our own circular economy, then our own plastic waste must be the input for that circular economy,” the minister said, adding that plastic bag and recycling standards should not be met by importing waste.

She added, “In the long term… we will have to relook at plastic waste imports… Putting effort into developing our own supply of plastic waste for our own recycling is where we’ve got to be looking going forward.” DM/OBP

Daily Maverick’s presence in Nairobi was made possible by the United Nations Environment Programme.

Ban on single-use plastic is not yet on the table in SA, says Creecy