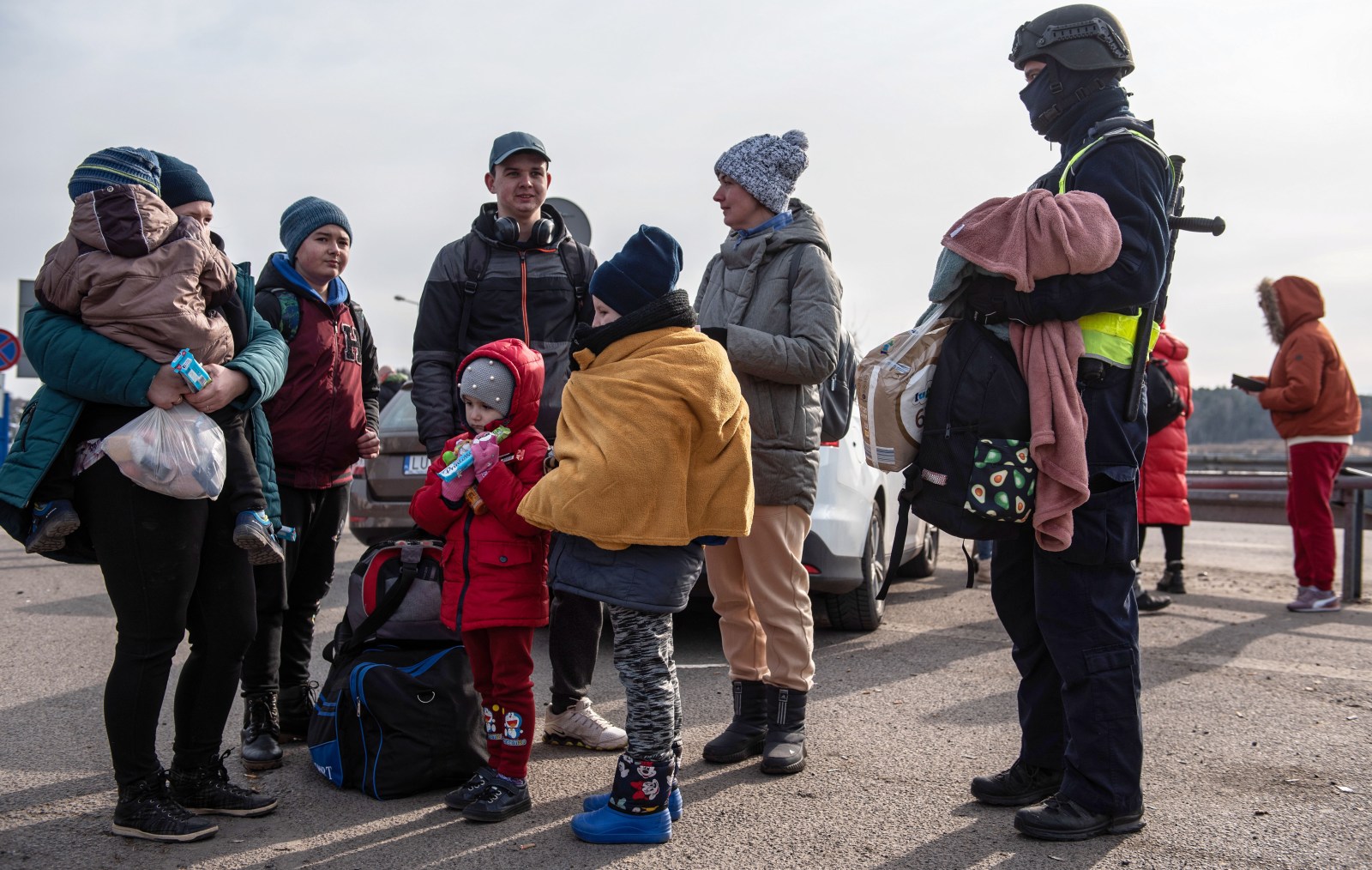 Ukrainian refugees near the Polish-Ukrainian border in Hrebenne, Poland on 1 March 2022. The UN High Commissioner for Refugees Filippo Grandi said on 28 February that more than 500,000 refugees had fled Ukraine into neighbouring countries since Russia began its military operation on 24 February. (Photo: EPA-EFE / Wojtek Jargilo)

South Africa must condemn these actions, not only because it is the moral or ethical path of political principle in international law, but because our failure to do so will define our character as a nation.

There is a moment in time when the injustice of a situation worsens, such that it becomes the immediate concern of all conscientious persons. These are moments of moral and ethical immediacy that compel one to take a stand for what is right.

The current developments in Ukraine represent just such a moment.

For the greater part of the past 75 years much of the world has been at peace. While there have been terrible wars of aggression and reprisal, such as in Iraq and Afghanistan, and while longstanding historic conflicts have simmered, such as in Palestine and across many parts of Africa and Asia, large swathes of the world have enjoyed relative peace, progress and prosperity. This has been especially true in Europe, where previous eras were marked by devastating bloodshed and incalculable human suffering. This peace was largely due to restraint on the part of the great powers, including Russia.

Aside from this era of relative peace, the global human community is already beset with numerous structural and systemic challenges and injustices, such as growing inequality, and the ongoing repression of many based on gender and race. The people of the world must urgently deal with these challenges in order to secure the future of our children, but are now being confronted with the prospect of a spiralling regional conflict in Europe and Asia.

This war risks irreparable damage to the global economic and multilateral nation-state system. World leaders have begun taunting each other with talk of nuclear weapons.

If this conflict were to escalate, it would set back human progress by more than 100 years.

As South Africans, we know the face of militarist, repressive autocracy. Especially black South Africans understand all too well the devastation of state power being used to obliterate the freedoms, hopes and dignity of human persons.

Friends, this is what we are witnessing in Ukraine.

The Russian invasion of Ukraine is a catastrophic failure of leadership. While we can lament the lack of foresight, human solidarity and égalité among the world’s elites, that brought us to this point, we cannot deny that Russian military forces are right now killing thousands of Ukranians on their home soil.

If this war continues, and the second order effects of economic sanctions and the resultant involvement of allies on both sides of the conflict is allowed to drift along, we will see this generation mark the trajectory of their lives by a deathly turn. No nation will go unscathed in the global community. Small and dependent nations such as South Africa will be forced to choose, not between comparative trade relations among benign economic competitors, but between powerful and vicious state actors, who waste the lives of their young people over ideology, hate and revenge.

This cannot be allowed to happen. We need responsible, humane and clear-headed global leadership. It is a matter of urgency and a matter of life and death.

South Africa must call for the end to the Ukrainian war.

We must call for the return of all Russian soldiers to their homeland.

We must do so without ambivalence or double-speak.

If Russia desires congenial relations with South Africa, it must cease the pursuance of a violent overthrow of its neighbour.

The decision of President Vladimir Putin to send his country’s sons on a criminal mission to shoot bullets, rockets and missiles at the infrastructure and people of Ukraine, has drawn the Russian Federation into an unjust war. His abuse of power is destroying the future of an entire generation of the Russian people, which in and of itself is unjust. Putin’s war must be condemned for the abhorrent act that it is.

South Africa must condemn these actions, not only because it is the moral or ethical path of political principle in international law, but because our failure to do so will define our character as a nation. There will be nations that side with Russia’s invasion on the basis of ideology, mutual enemies, or a shared irreverence for freedom, or perhaps some out of fear. Let South Africa not be found among them.

Is South Africa the democratic, freedom-loving, diverse and open society we aspire to be in the language of our Constitution?

Are we, among the nations of the world, a good actor that carries forth the wellbeing of all peoples in our external affairs?

If we are that nation, we must take this stand for peace.

I am asking you to add your name to this plea. To then extend it to all who share a love of peace and of freedom. More importantly, to place this plea in the inbox, on the desk and in the hands of all who represent the South African state and its institutions, whether private or public. DM

Dr Marius Oosthuizen is the Head: Centre for Leadership and Dialogue in the Gordon Institute of Business Science, University of Pretoria.