Nelson Mandela Bay’s water ‘could present a risk to... 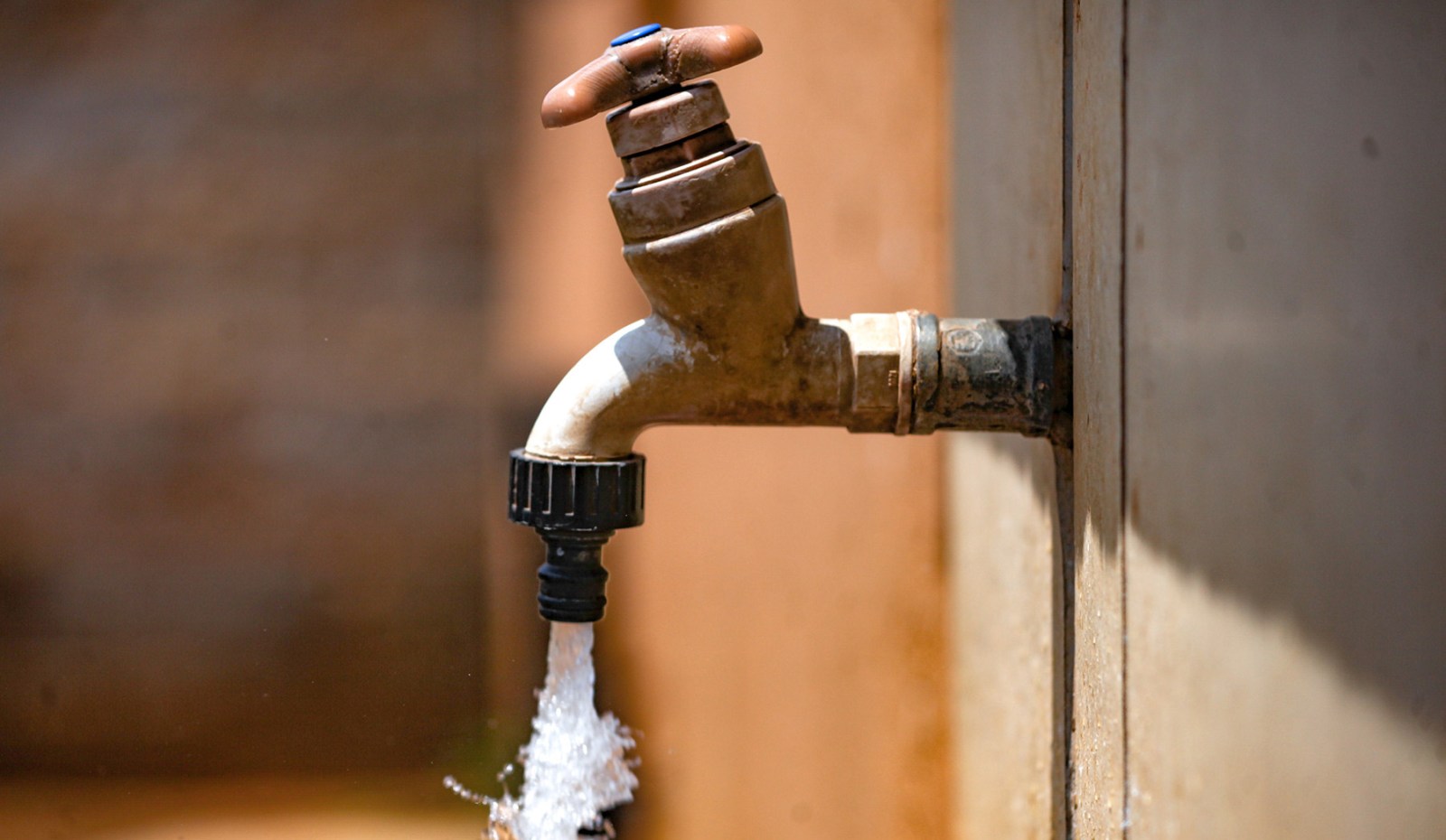 The Nelson Mandela Bay metro issued an urgent notice to residents on Monday night that the water coming from its taps was no longer safe to drink and should be boiled first. (Photo: Gallo Images / Sharon Seretlo)

After a week of dodging questions and refusing to disclose the results of water quality tests, the Nelson Mandela Bay Municipality on Monday night issued an urgent notice saying its water failed the tests and must be boiled before use.

The Nelson Mandela Bay Municipality issued a notice on Monday night warning residents not to drink tap water in the Eastern Cape’s biggest metro, saying that its system has failed quality checks and that potable water could hold risks to human health.

As it does with many other problems, the metro blamed the drought. The combined dam levels sit at around 15%.

“The water coming out of our distribution system could present a risk to human health if ingested,” the notice read.

As cases of diarrhoea rapidly increased and brown, foul-tasting water continued to flow from taps, officials from Nelson Mandela Bay resolutely ignored requests for details and refused to provide water quality test results to Daily Maverick. Despite several reminders, municipal officials said it was more a question of “waiting for it” than “refusing to release it”.

On Monday, the Democratic Alliance — the official opposition in the metro — launched an application in terms of the Promotion of Access to Information Act to get hold of the test results.

“Last week, DA councillors met with the Acting City Manager and the Acting Executive Director: Infrastructure and Engineering and enquired if the water is safe to drink and requested to see the results of the water testing.

“We also informed the Acting Executive Director that if the results had not been received by Friday 18 February, the matter would be escalated. No feedback was received. The lack of response is extremely concerning. What is the municipality hiding?” DA councillor Annette Lovemore said.

“The municipality has previously publicly acknowledged that many areas across the metro have been receiving discoloured water. These problems have been ongoing for at least two months.”

Lovemore continued: “On 31 January 2022, the metro stated that this is a result of reservoirs operating at low levels. On 8 February, it was indicated that the water system has to be flushed, and that the discolouration comes from settlement of suspended matter in reservoirs.

“The next day, the municipality reported that the water mains in Newton Park, Helenvale and Malabar had been flushed, and that the water is now clear. However, the water throughout the metro is not clear and, in many areas, remains discoloured.”

Lovemore said the DA had been requesting water quality results since the beginning of the year.

In January, DA Ward 7 councillor Brendon Pegram began asking the municipality to provide the results of water testing, but received no replies.

On Monday night, another spokesperson for the metro, Mthubanzi Mniki, sent out a statement confirming that the water for the metro “had deteriorated” The drought, low dam levels and fluctuating reservoir levels were blamed.

He would say only that “certain microbiological limits” were exceeded and that the municipality has “detected failures in water compliance with SANS standards”.

He said the new results came in after they had assured residents that the water was safe to drink.

“The municipality urges all consumers to boil their water before drinking or cooking until further notice,” read an alert issued to residents on Monday night.

Mniki added that an urgent meeting was called to develop a turnaround plan.

“The municipality would like to apologise for any inconvenience caused,” he said.

According to the Department of Water Affairs’ Integrated Water Monitoring System, the metro’s water failed microbiological, disinfectant and operational tests for potable water.

Last week, in an answer to a question about an increase in cases of gastrointestinal disease in Nelson Mandela Bay, Dr Juno Thomas from the National Institute for Communicable Diseases (NICD) said:

“The NICD has not been notified of any suspected waterborne disease outbreak in Eastern Cape province, either through the Notifiable Medical Conditions Surveillance System or through other reports. We’ve also not received any reports of an unusual increase in diarrhoea cases in the province.

“A suspected waterborne or foodborne disease outbreak (which is defined as an incident in which two or more persons experience a similar illness (gastrointestinal) and are epidemiologically linked) is a notifiable medical condition and should be notified by a healthcare worker to the NICD through the Notifiable Medical Conditions Surveillance System. Cholera and enteric (typhoid) fever are also notifiable medical conditions,” said Thomas.

“The infectious causes of diarrhoeal disease are spread in different ways, the most important being contaminated water or food and person-to-person transmission. Some gastrointestinal infections have seasonality, with an annual increase in cases during specific seasonal periods. In South Africa, we typically do see an increase in some infections (for example, nontyphoidal Salmonella, Shigella and norovirus) during the summer months.

“There are often informal reports during summer about increased ‘gastro’ cases, but without recording the actual number of diarrhoea cases, or testing their stool samples, it is impossible to say what infection(s) are causing these, and if they can be attributed to the usual seasonal increase or are actually part of an outbreak due to contaminated water or food, for example,” Thomas said.

According to the NICD, there are no current outbreaks of enteric or typhoid fever linked to municipal sources of water. DM/MC