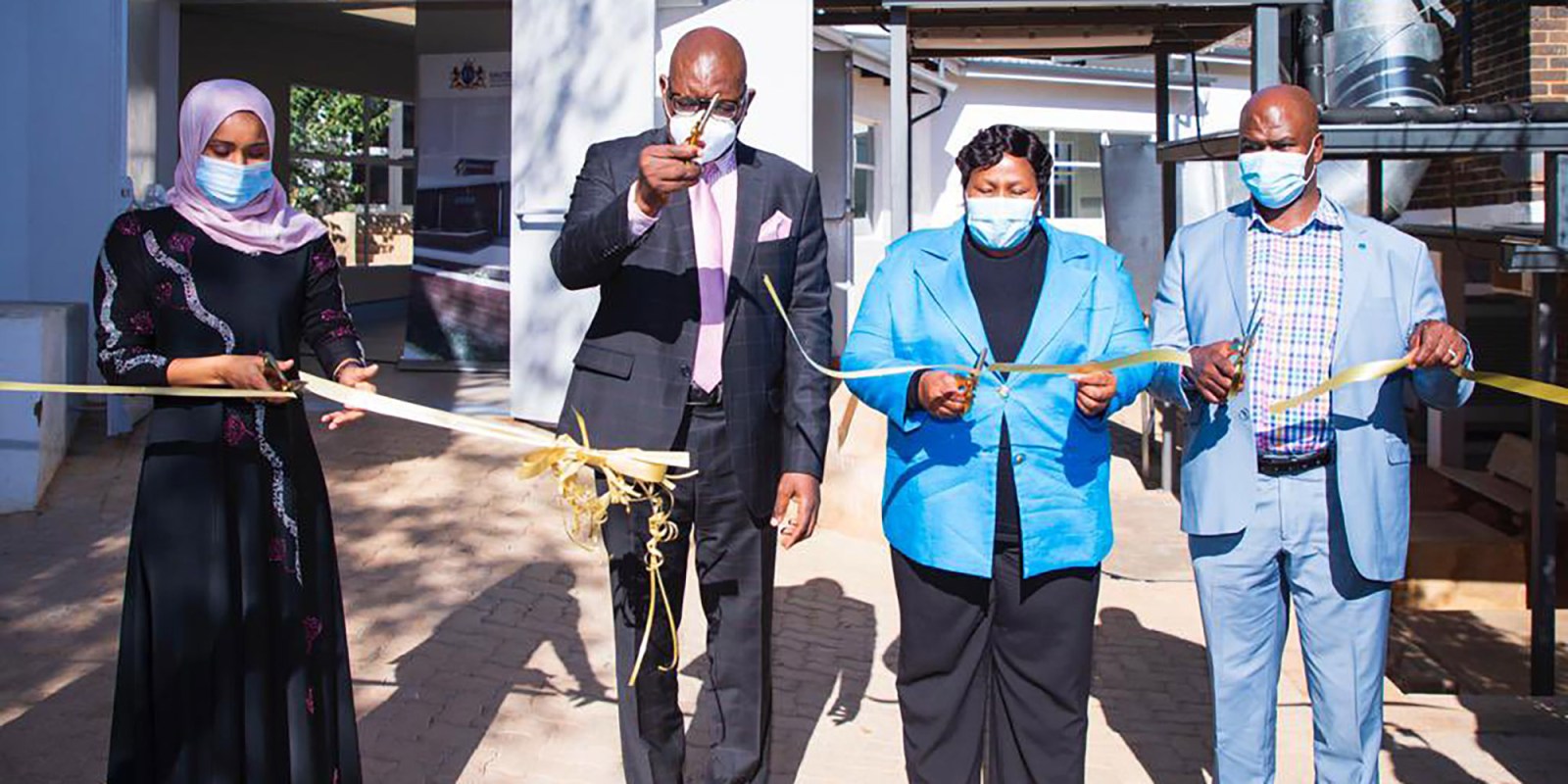 The Gauteng government has suspended nine senior officials in the departments of health and infrastructure after the refurbishment of the AngloGold Ashanti Hospital ballooned from a budgeted R50m to R588m. Only a handful of severely ill coronavirus patients have been treated at the facility.

The fallout from irregular contracts awarded during the Covid-19 pandemic continues as the Gauteng health department suspended three senior managers and the department of infrastructure six senior managers on Sunday following recommendations from the Special Investigating Unit (SIU).

The nine suspensions relate to contracts awarded for the refurbishment of the AngloGold Ashanti Hospital in Johannesburg’s West Rand, which was scheduled to add around 180 high-care beds to the province’s capacity to treat Covid-19 patients. Initially budgeted at R50-million, contracts worth R588-million were awarded for infrastructure and R144-million for medical expenses.

“The SIU has uncovered serious irregularities in the awarding of contractors for the refurbishment of the AngloGold Ashanti Hospital in the West Rand,” said the Gauteng government in a statement on Sunday.

“[In] December 2021 the SIU made referrals to the Gauteng Provincial Government to institute disciplinary action against the nine senior managers who were implicated in irregularities in the awarding of contractors for the refurbishment of the AngloGold Ashanti Hospital, which was one of the hospitals earmarked for the treatment of Covid-19,” it continued.

The province said the SIU had also referred the implicated officials and contractors to other state institutions for further investigation. The nine senior managers, who have not been named, were sent letters of suspension and will face disciplinary proceedings once charges are finalised.

The SIU’s 737-page report on Covid-related procurement by state institutions outlined some of its findings against service providers and contractors in the AngloGold Ashanti Hospital refurbishment, but mentioned only one Gauteng government staff member — department of infrastructure supply chain management head Trevor Tabane, who was also acting chief financial officer.

“This meant that the Contractors had access to site and started work before they were formally appointed. This implies that at the time the work started, there was no contract price in place, no [purchase orders] issued and no BoQ’s approved,” said the SIU.

Following the release of the SIU’s report, the DA’s shadow health MEC, Jack Bloom, said: “There were supposed to be 175 high-care beds for Covid-19 patients, but the hospital was only partly opened in May last year and has only treated eight seriously ill Covid patients.”

The government has cited the hospital as a potential positive legacy of the pandemic that will continue to operate and serve the residents of West Rand. The SIU said R126-million in outstanding refurbishment payments should be stopped.

Reportedly, only R60-million was allocated to upgrading the Charlotte Maxeke Johannesburg Academic Hospital, one of the largest in the province, where efforts to improve health and safety conditions following a fire that temporarily closed the hospital in 2021 have been slow.

Bloom suggested focusing on improving existing facilities: “More lives can be saved by spending money to assist existing hospitals to cope with the flood of Covid patients.”

In January 2022, the SIU won a preservation order of R7.9-million from two companies involved in the AngloGold refurbishment — Pro-Serve Consulting and Thenga Holdings, whose contracts were worth R22.6-million and R49.5-million respectively. In its court papers, the SIU called the contract process “flawed, unlawful and invalid”.

In its statement on Sunday, the provincial government said it “continues to forge ahead with the fight against fraud and corruption and the drive to build a culture of integrity and ethics among public officials, public servants, businesspeople and civil society”.

Multiple Gauteng government staff members have been suspended for procurement irregularities related to the Covid-19 pandemic, most notably former health MEC Bandile Masuku. A number have resigned after the SIU recommended they face disciplinary hearings. DM