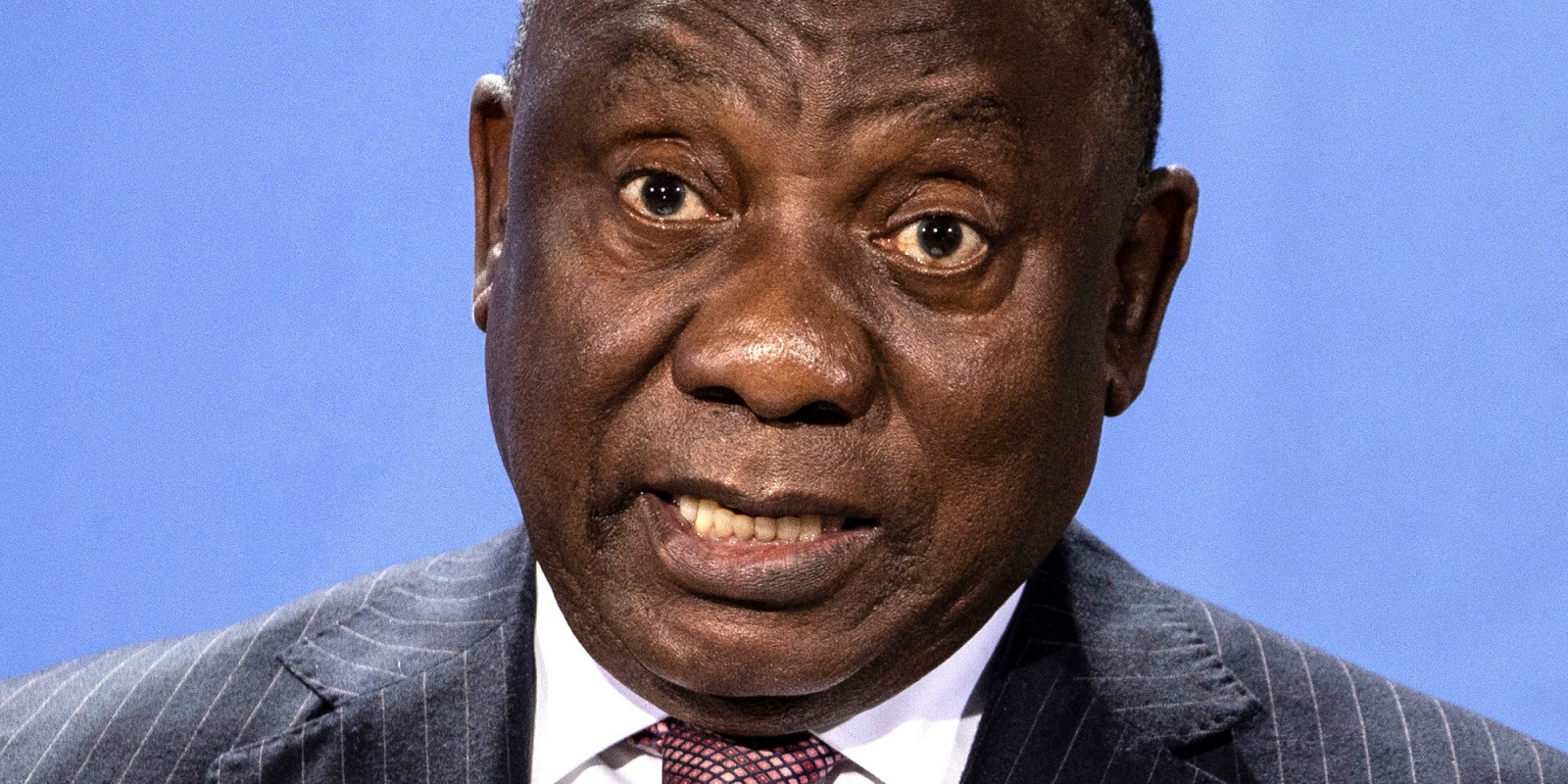 ‘It must be said, however, that our review highlighted yet again the urgent need to build an equal, inclusive and just society, if there is to be lasting peace and stability’ – Report of the Expert Panel into the July 2021 Unrest.

When President Cyril Ramaphosa presents his 2022 State of the Nation Address (SONA) on Thursday it is unlikely to be an upbeat one. He will probably summon all of his gravitas to present a fairly honest assessment of the many challenges our country faces – after all they are hard to deny. We will hear about:

Recovery from the Covid crisis.

You can almost script it in advance. We know the formula by now.

But even though SONA will touch honestly on many real issues, it will still be a subjective assessment that is unlikely to admit the whole story. We must view it as the opinion of a President whose job is on the line, on behalf of a political party whose future as a government should be on the line.

However, if we can’t expect a wholly honest SONA, what yardsticks should South Africans use to objectively assess the state of our nation?

The answer is straightforward enough.

The Constitution is our supreme law, and lies at the heart of all governance. It then should be the first measure for assessment of progress towards (or away from) the socially just and more equal society it mandates government to create; the human rights that it promises in Chapter 2; and the duty it imposes as a “principle of cooperative government and intergovernmental relations” (section 41) on “all spheres of government and all organs of state within each sphere” to “secure the wellbeing of the people of the Republic”.

Looked at this way, based on objective and independent measures, our nation is in a bad state. South Africa:

Bear in mind that most of the reports referred to above were compiled before the Covid-19 pandemic ravaged South Africa. At this point, research on the socioeconomic effects of Covid and the measures that were instituted to protect lives and livelihoods is in its infancy. But what research there is, including the five “waves” of the National Income Dynamics Study – Coronavirus Rapid Mobile Survey (NIDS-CRAM), shows that unemployment has risen, poverty has worsened and gender and class inequalities have widened (to put it all mildly).

This is borne out by the facts we know so far:

Some of the factors that the report’s authors identified as negatively affecting end-of-life care are:

As a result, what most South Africans are now grappling with is the polar opposite of the state of “wellbeing” that the Constitution says is meant to be a guiding principle of all spheres of government. A rising incidence and prevalence of mental illness is indicative of a stressed society. Again, poverty is a driving factor. For example, in one survey by Sanlam, 57% of respondents said financial factors were the main cause of their anxiety.

Not surprisingly, South Africa is now ranked 76th (out of 95) by the 2021 World Happiness Report.

“We bleed”, as poet Maishe Maponya wrote in his last book of poetry, Truth be told: Da’s Kak in die land. Indeed, as Maponya cried forlornly, the fact that the real state of our nation is one of deepening ill-being and social polarisation was expressed dramatically in the violent conflagration that took place in July 2021.

It was expressed quietly by the 26 million eligible voters who chose not to vote in the 2021 local government elections on 1 November.

It is also manifested in Covid-19 vaccine hesitancy, cynicism and understandable distrust of the elite.

It plays out daily in our communities in extreme levels of gender-based violence, vandalism and antisocial behaviour. The loss of moral leadership plays out in ongoing, endemic and brazen corruption – such as we saw around Covid-19 procurement – which has continued unabated even after the formal end of the State Capture project.

This tragic litany of lost hope shows the connections between State Capture, austerity and ill-being. Yet, while we can expect Ramaphosa to talk about the former, he will steer away from the latter. This is despite the warning by the Expert Panel in the preface to their report to Ramaphosa on the 21 July unrest:

“The looting, destruction and violence have come and gone, but we found that little has changed in the conditions that led to the unrest, leaving the public worried that there might be similar eruptions of large-scale unrest in future. The question, many argue, is not if and whether more unrest and violence will occur, but when it will occur.”

We agree. Social inequality, indignity and deprivation are now the greatest threats to democracy and the Constitution on which it rests. These antisocial behaviours indicate that, on the streets at least, to a large degree the social contract around the Constitution, or at least its values, is broken.

Leadership in the moment of danger

This makes 2022 a moment of grave danger to the democratic project.

Ramaphosa should know, he has been able to join these dots in the past. In May 2021 he reiterated his belief that:

“… our Constitution must become more than words on a page; it must become a reality in the lives of our people. Unless we do so, this progressive and revolutionary document will be rendered irrelevant and meaningless.”

If he were honest Ramaphosa would admit his own complicity in a dream brought down by a political and political-economic mediocrity who have suppressed the deep springs of innovation and imagination that exist in South Africa because they see them as a threat.

A dream brought down by a political party whose current leaders struggled against apartheid apparently not out of self-sacrifice for human rights, but for pay-back day.

A dream brought down by the entitlement of the white rich, not the black poor.

Yet, people who live in South Africa cannot give up. The price of surrender is even more ghastly. There are many things the government has the power to do to alleviate the suffering – introducing a Basic Income Grant because the Constitution demands it, is one of the most pressing.

But, truth be told, left to politicians this crisis will worsen. Now is the time for people to reassert themselves over politicians and set the agenda of the government.

After the death of Archbishop Tutu, Thuli Madonsela was asked by a journalist whether Tutu was the last of the great social justice leaders. In true Thuli style she responded that she sees leaders all around her: “I believe we have many great South Africans whose voices will move humanity forward if multiplied.”

Madonsela is right. Underneath our current deprivations South Africa is a country of excellence and resilience.

In my conversations, investigations and explorations of our underbelly I am constantly struck by South Africa’s vast human capability, its diversity of talent and the energy and electricity that runs throughout our society. This is the energy we must unleash.

The chasm between this potential and the state of the nation we have now found ourselves in is shocking. The only answer is to build a bridge across it. For, in prophetic words written by Maponya in 1992:

If we’re still there

In one big Babylon.” DM/MC